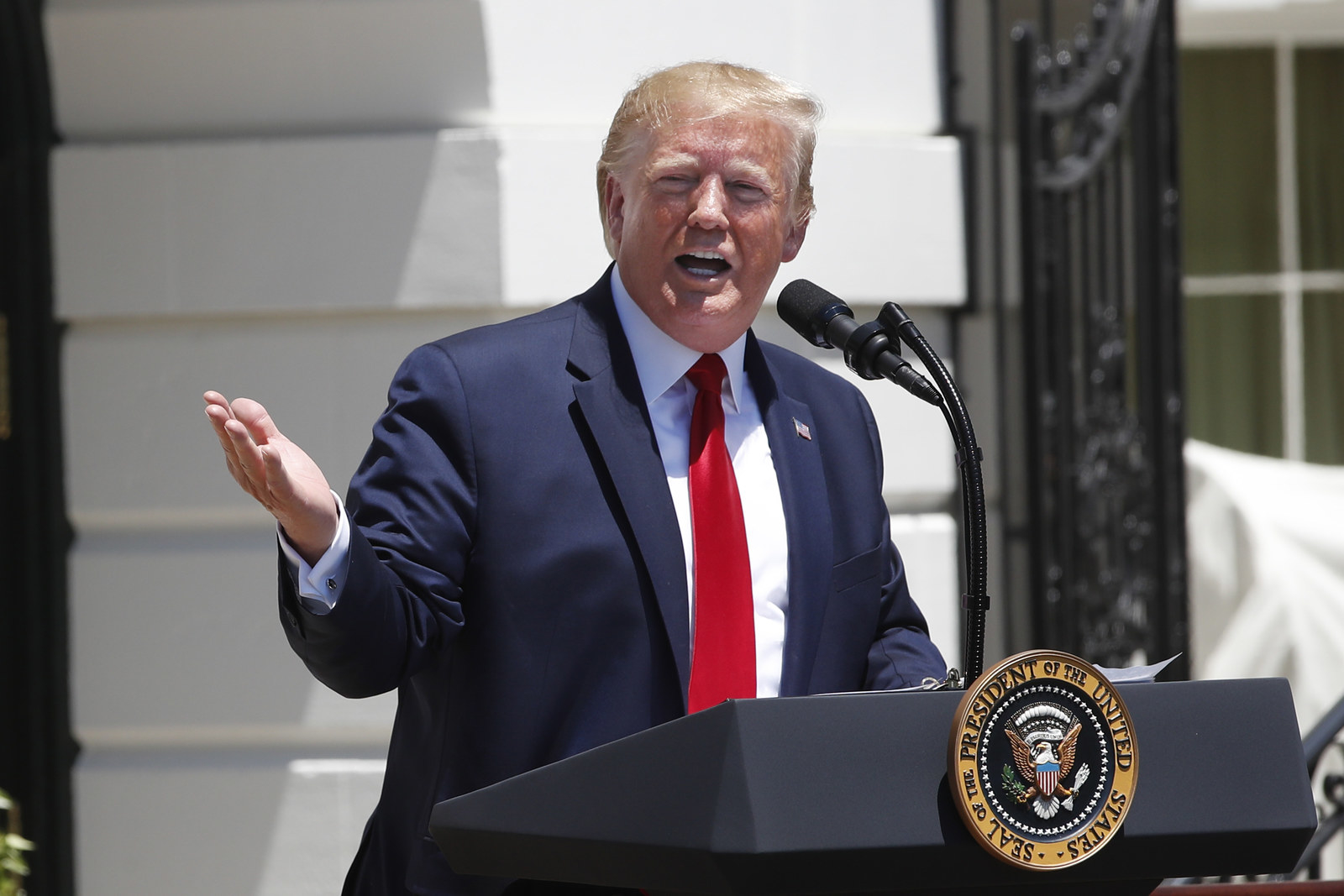 President Trump on Monday claimed his racist tweets attacking progressive congresswomen weren’t racist, and he added that he’s not concerned about backlash because “many people” hold his same views.

The president spoke to reporters at an event at the White House, his first time publicly addressing a series of tweets posted on Sunday that criticized representatives Alexandria Ocasio-Cortez, Ilhan Omar, Rashida Tlaib, and Ayanna Pressley. The first-year Democrats and women of color had all recently made statements on immigration and racist systems within the US.

“Why don’t they go back and help fix the totally broken and crime infested places from which they came,” Trump tweeted.

Of the four congresswomen, three were born in the US and all are Americans. Trump’s tweets unified Democrats, who called out the president for being racist and failing to uphold US principles.

On Monday, the president said his tweets were “not at all” racist and he had nothing to apologize for.

“These are people that in my opinion hate our country,” he said.

“Does it concern you that many people saw that tweet as racist and white nationalists are finding common cause with you on that point?” a reporter asked.

“It does not concern me because many people agree with me,” Trump said. “And all I’m saying, they wanna leave, they can leave. It doesn’t say leave forever. It says leave.”

The president also said the person guilty of making a racist statement was House Speaker Nancy Pelosi, who defended the congresswomen in a tweet.

“When @realDonaldTrump tells four American Congresswomen to go back to their countries, he reaffirms his plan to ‘Make America Great Again’ has always been about making America white again,” Pelosi tweeted.

He added that he believed voters would be on his side and warned Democrats against taking a stand in support of the congresswomen.

“If they want to gear their wagons around these four people, I think it’ll be a tough election,” he said.