The dance world doesn’t always escape the land of television without a bruise or two. There’s nothing the camera loves more than a bloody toenail. And then there’s “Pose,” on FX. This look at the ballroom scene in New York City is equal parts grit and glamour. Its horrifying moments don’t have anything to do with perpetuating stereotypes about a dancer’s pain, but with the brutality of AIDS, which devastated the dance community.

The message of “Pose,” which begins in the late 1980s, is not about style, as you might think, but about integrity and persistence. It gets at the essence of dance: How do you make something out of nothing? You use what is distinctly your own. The body. Imagination. And for many of the “Pose” characters, that’s all they have.

While the acting and writing can be uneven, the show has an undeniable commitment to dance that is present even when the characters aren’t performing or rehearsing, just talking and laughing and crying. “Pose” is something of a peek into the private lives of dancers, in which the rigor is the same for all — it doesn’t matter if their work is done in a studio, on a stage or on the piers.

The dancing, at times, is spectacular, particularly that of the voguer Jason A. Rodriguez, known as Slim Ninja: Radiating limbs transform his torso into a solid stretch of sinew and muscle, making him at once tense, velvety and effortless. 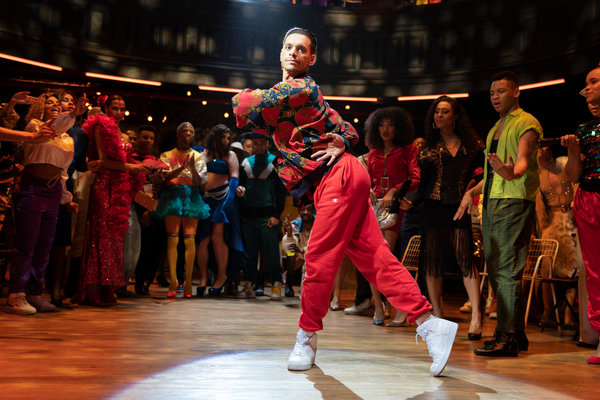 But the most unexpected part of this series, which features choreography by Leiomy Maldonado (voguing) and Twiggy Pucci Garçon (runway), is its modern-dance bent. How often do you hear references to Lester Horton on TV? It was Horton, a choreographer and teacher who died in 1953, who inspired Alvin Ailey to dance after Ailey’s friend, Carmen de Lavallade, convinced him to take a class in Los Angeles. One reason the world has “Revelations,” Ailey’s 1960 masterpiece, is because of Lester Horton.

And when an episode of a network show ends with a quote by Ailey, I perk up: “I am trying to show the world that we are all human beings and that color is not important,” the title card reads. “What is important is the quality of our work.” It lingers onscreen long enough for the words to be absorbed. 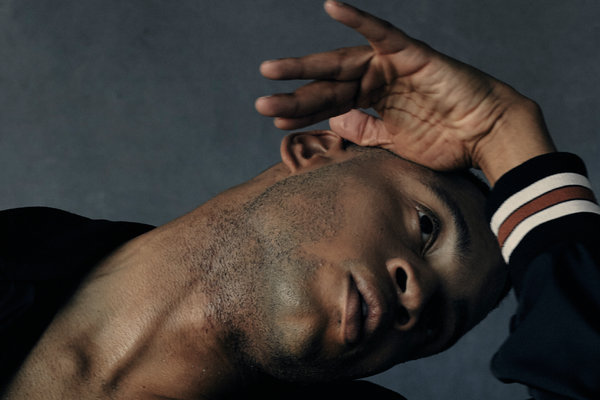 “Pose” is a container of specific dance histories; It’s telling that the Horton technique, part of the modern dance tradition, is the one that “Pose” is showing to the world. The guiding force behind that impulse is Tracy Inman, the show’s modern dance choreographer and consultant, who is also a director of the Ailey School — the show’s fictional academy is based on the school and shot there — as well as an alumnus of Alvin Ailey American Dance Theater.

And here’s what the choreography on “Pose” has nothing to do with: the nebulous contemporary or lyrical dance styles found on shows like “So You Think You Can Dance.” As Mr. Inman put it in a recent interview, “Kick, spin, jump, grab your mouth, look surprised, the demons are after you. You’re in love. It drives me insane.”

At first, he said, the show’s approach to modern dance was going to be along the lines of Martha Graham. “When they engaged me I said: ‘Graham’s not my forte — I understand Graham and I do it, but I teach Horton,’” Mr. Inman said.

With the Graham technique, movement is initiated from the pelvis; it can be difficult for male dancers, who generally have less flexibility in their hips than women. Horton technique, with influences from Native American folk dance and Afro-Caribbean dance, uses the entire body; it’s part of what makes an Ailey man so distinct.

“It’s really dynamic in terms of your ability to explore all these different lines — geometric shapes, pivotal points in your body,” Mr. Inman said. “You can take any movement and make it a turn. It flows like crazy. It makes for really strong, long lean bodies.”

All of that is evident in the graduation performance of Damon (Ryan Jamaal Swain), who performs in the concert and runway worlds. At graduation he dances a solo, created by Mr. Inman, set to “Didn’t My Lord Deliver Daniel,” music that Ailey used for a prayerful trio in “Revelations” (below). (Coincidentally, Billy Porter, who plays Pray Tell on “Pose,” is one of the soloists on the recording of “Revelations” that the Ailey company uses for performances.)

In another solo choreographed by Mr. Inman, part of the same graduation performance, a dancer — Fana Tesfagiorgis, a former member of the Ailey company — rolls on the floor and rises while rocking in place; one hip juts out as her arms bend like the legs of an insect.

In the audience, Elektra Abundance, the haughty queen of the ballroom community, hisses: “What are those moves? She looks like a pigeon with a busted foot.”

And that’s just right, too. Modern dance can require a hefty learning curve. It can be easy to make jokes about. “Pose” is giving it space.