How much money a YouTube creator will earn from a video with 100,000 views varies and there are some key factors that can help boost how much the video makes by a few hundred dollars.

YouTube creators earn money through YouTube’s Partner Program, which allows them to monetize their channels with video ads, placed by Google. Creators with at least 1,000 subscribers and 4,000 watch hours in the past year are eligible to apply and start monetizing their channels through ads, subscriptions, and channel memberships. These ads will make a certain amount of money depending on factors like avideo’s watch time, length, and viewer demographic.

Natalie Barbu, a social-media influencer and YouTube creator with227,000 subscribers, posts videos twice a week to YouTube about her day-to-day life experiences. Over the past two years, Barbu has been focused on growing her YouTube channel, where she has earned roughly $27,000 in Google AdSense over the past nine months, she said. In total, across her entire YouTube career, Barbu said she has earned about $50,000.

“You can’t just assume that you’ll be making $27,000 in your first year,” she said in an interview with Business Insider. “In general, it’s something that grows over time.”

Barbu has over 20 videos uploaded to her YouTube channel with over 100,000 views. She told Business Insider that her most recent video with over 100,000 views,a college move-in vlog where she films herself helping her younger sister move into college, has already earned her $600 in three weeks. On average, she said a video with around 100,000 views will earn her between $500 and $1,000 depending on how many ads she includes in the video. For example, a similar video in views from a few years ago only earned her around $100 because she included only one ad.

Barbu broke down what factors she pays attention to for maximizing the amount of money she earns from a single video and her tips for success. 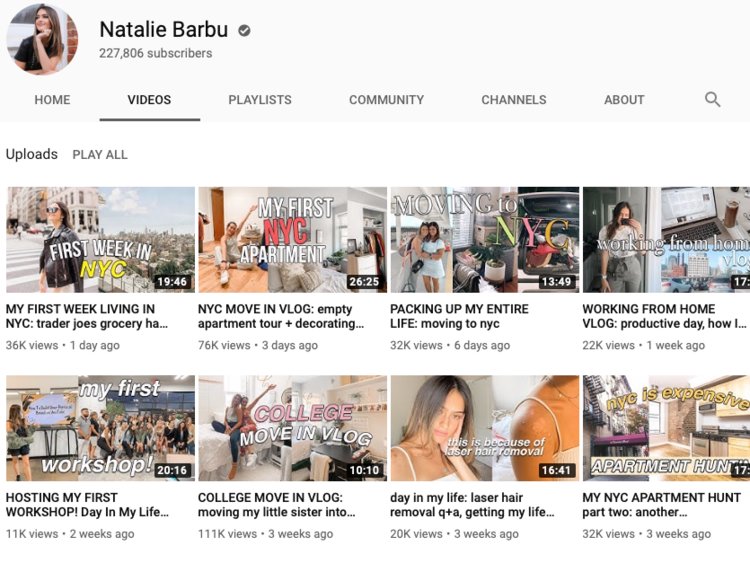 Barbu started her YouTube channel about eight years ago, while she was in high school. She’d post videos talking about fashion and beauty as an after-school hobby, long before she knew she could be earning any money from the platform, she said.

Barbu graduated with an engineering degree from NC State University and said while she was attending college, she began to take her channel more seriously. She would post one video to her channel a week about her college life experiences, and what it was like to be a girl studying engineering, she said.

After college, she landed a 9-to-5 job, while still keeping up with her YouTube channel at the same time. After a year of working for a company and on her personal brand, Barbu decided to pursue YouTube full-time, since she was earning more money from her digital business than her traditional job, she said.

Today, Barbu films vlog-style content for her channel, sharing her day-to-day life with her followers. Barbu said that in her experience, college vlogs or college move-in videos specifically do well for her. She said they perform better during the end of summer, when students are looking on YouTube in anticipation for what they can expect from a college dorm room and move-in day.

In terms of overall revenue, Barbu she said she earns the most from brand sponsorships, through promoting products on her YouTube channel and Instagram page, and below that, from Google AdSense.

Read more: How to edit Instagram photos like a professional influencer, according to the creator of a photo app with over 2 million downloads 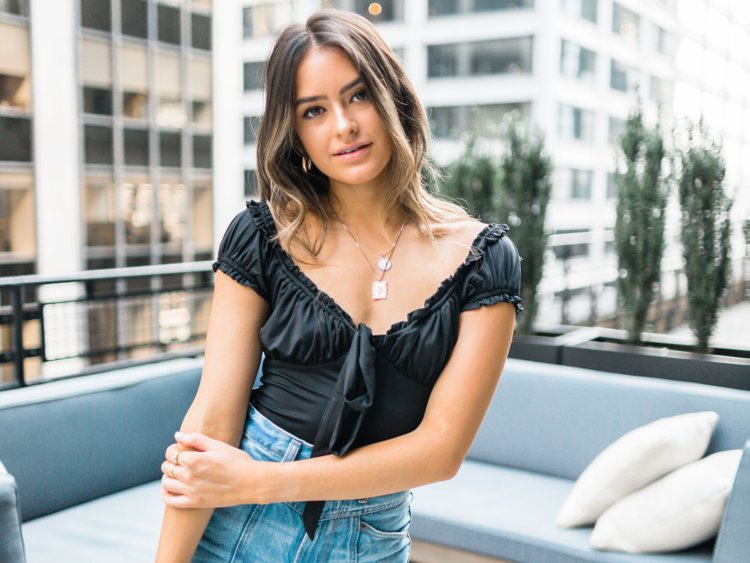 Barbu shared that she has an average CPM rate of $10, which she earns per every 1,000 views on YouTube.Natalie Barbu

The money and CPM breakdown

Creators on YouTube earn a certain amount of money from a video from AdSense based on their CPM rate, or cost per 1,000 video views. CPM rates vary between creators and no creator will consistently have the same CPM rate.

Even channels from the same creator can have very different CPM rates.

Although Silicon Valley Girl has the smallest number of subscribers of the three (255,000 subscribers), the channel has a higher average CPM rate, or cost per 1,000 video views, than the others because the content she shares is morebusiness focused than the other two.

Barbu shared that she has an average CPM rate of $10, which she earns per every 1,000 views on YouTube. But her video, titled ” How to start an online store,” in which she details how someone can start their own store online, has a CPM rate of $20.

“It depends a lot on the video you are doing,” she said. “There’s not a steady CPM rate for your entire channel.”

Advertisers will pay more for an informative, business-related video than a vlog-style video, Barbu said. The rate will also depend on seasonality, with lower CPM rates (or advertising budgets) at the start of the year, and higher ones toward the end.

How to maximize your revenue

In arecent interview with Business Insider, YouTube star Shelby Church said she’s earned between$2,000 and $5,000 from a video with one million views on YouTube. She said the most important factors to look at when maximizing how much you’ll earn are the length of a video (which will allow you to add more ads) and the overall watch time.

Barbu said in her experience, she’s maximized the revenue she earns from Google AdSense by lengthening her videos to 10 minutes long, which as a result, allows her to include more ads. She said on average she’ll include about four ads on a single video that’s over 10 minutes long: one pre-roll ad at the start of the video, two in the video, and one post-roll ad (the ad after the video is finished).

“I make all of my videos over 10 minutes long because I feel like if not, it’s a wasted opportunity,” she said. “My average viewer retention is around four or five minutes. I’ll always try to place an ad before then around the three-minute mark because I want most people to watch that second ad.”

The key, she said, is to place an ad before your viewers will typically “drop off” or click off from your video. Creators have access to the stats and metrics of their channel through YouTube’s creator studio or dashboard.

“I’ve noticed that if I have too long of an intro, where I am talking for way too long about one specific thing, people will drop off more because people have short attention spans,” she said. “In vlogs, people want to see you doing things, they don’t want to watch you talk for five minutes about the same thing.”

For more on how to become a successful influencer, according to YouTube and Instagram stars, check out these Business Insider Prime posts: