Today in obvious statements: weddings can get expensive. Like, drain your bank account, surpass your student loans, crush your dreams of owning a house expensive. Hence why some couples go the route of a simple trip to city hall or an intimate backyard affair. But what if you’ve got the budget to bankroll an extravagant blowout? I asked a handful of wedding planners to dish on the most expensive weddings they’ve worked on — and let’s just say the bad and boujee deets do not disappoint.

According to the Brides American Wedding Study, the average cost to get hitched in 2018 was more than $44,000 — that’s quite a jump from $27,000 in 2017. Interestingly, the amount spent on flowers more than doubled from 2017 to 2018. And the average amount couples shelled out for music, photography, the rehearsal dinner, and the day-after brunch all surged as well. Almost every couple in reported setting a budget for the big day — but nearly half also admitted to going over budget. So, yeah. Lots of people are going all out for their nuptials, and they DGAF.

While all weddings tend to put at least a little dent in the newlyweds’ bank accounts, some are truly on another level. You know — the kind of celebrations where the Veuve is flowing freely, the venue is an Instagram goldmine, and the guests look like they’re walking the red carpet. If you’re itching to live vicariously through such glamorous celebrations, here’s the scoop on some of the most over-the-top weddings that planners have been involved in. 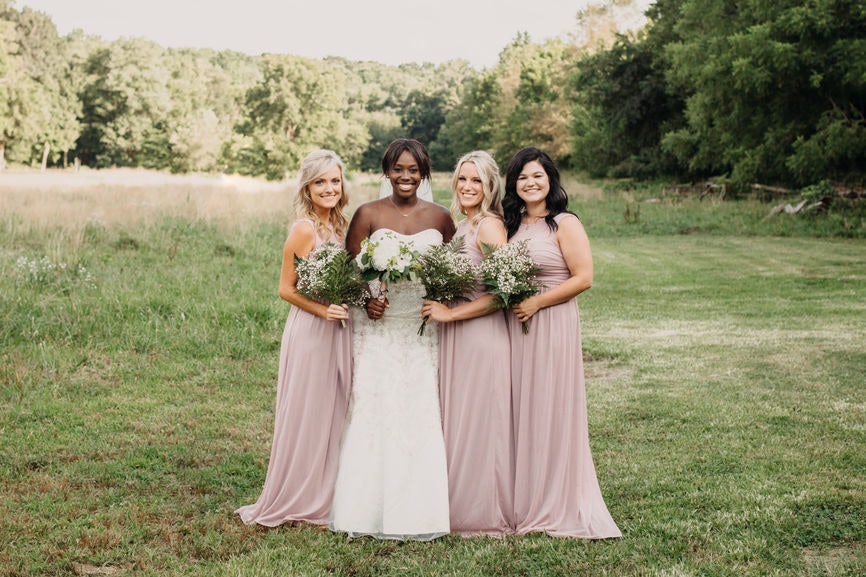 According to Alana Futcher, a wedding planner for Chancey Charm in Charlottesville, Va., the massive guest count was the main reason why this was one of her biggest budget weddings to date.

“Each time the guest count increased, we had to add an extra specialty linen, a floral arrangement, a chair, an invitation suite, a shuttle, a plate of food, bar package, etc.,” she tells Elite Daily. “Some vendors didn’t change, such as the photographer, videographer and venue rental fee, but the majority of it was contingent on the guest count. They also had a large bridal party, so they had more personal florals than normal! Some clients don’t realize that increasing the guest count adds more to the cost than just an additional plate of food."

Very often, it’s an extravagant venue that causes the grand total to skyrocket. At least that was the case for one Texas wedding, which took place at a luxury private club outside of Houston that caters to oil titans and affiliates of the NFL Houston Texans.

“Between their minimum for food and beverages and the need to house guests in on-site villas due to the distance from town, the venue took the highest portion of their budget,” says wedding planner Skylar Caitlin of Chancey Charm Houston. “However, the bride didn’t skimp in other areas, from a luscious floral swing and an over-the-top dessert table overflowing with cakes, macarons, and brigadeiros, to invitations in both English and Portuguese (the groom’s first language). The details added on to the top-dollar per-person expense.” 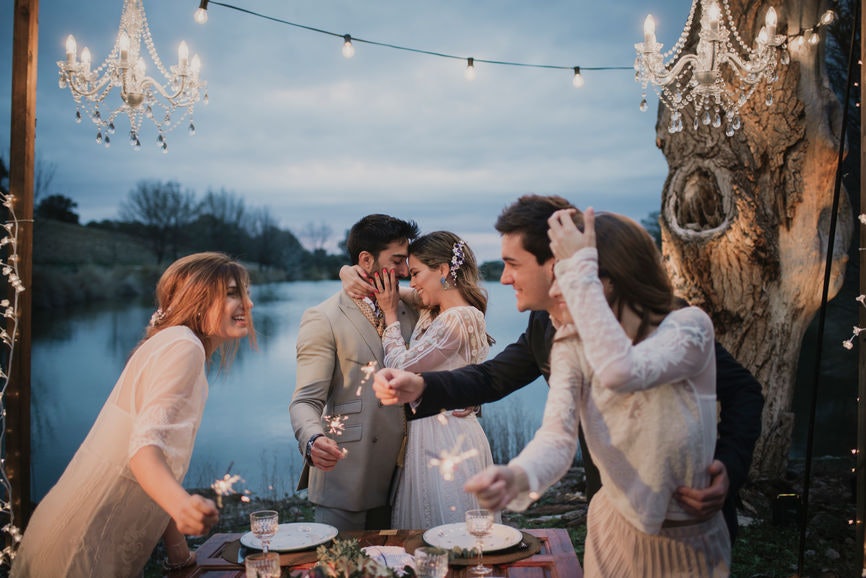 The venue and the food were mainly to blame for the cost of this lavish wedding planned by Kia Martinson, owner of ESTOccasions in West Hartford, Conn.

“When you are doing 100 or so wedding welcome bags that cost about $15 to $20 each — that adds up,” she explains. “Then add in favors, meals, and the bar tab. The next biggest expense was the band — it was a large band that could play all through the night without taking a break because they had a crew of over 10 people. Lighting and decor was the next thing — and if you want draping panels and sparkle lights, it eats at your budget.”

A Hudson Valley wedding with 250 guests was the most expensive affair that Mandy Connor, owner and lead planner of Hummingbird Bridal and Events in Boston, has helped organize to date. And this couple definitely spared no expense — starting with the welcome party, which included an elegant al fresco dinner on their venue’s lawn to kick things off.

“We hired a live painter to capture the wedding in real-time, we shipped in stunning florals from a celebrity floral designer in Manhattan, and given that the ceremony was being held outdoors on uneven ground, we purchased custom carpeting and flooring to create even walkways for guests so that no one was at risk of tripping,” she tells Elite Daily.

Adding to the cost was the sumptuous decor — which included custom draping and lighting across the entire ceiling of the reception room. Did I mention that the couple ordered a special shipment of wine from their favorite vineyard in Italy? Not only did the bride and groom bust open a ceremonial Balthazar bottle of custom wine — which is equal to 16 regular size bottles — but each guest was given their own bottle to take home as a wedding favor. #Goals.

Feeling green with envy? Remember — there are definitely ways to plan a beautiful wedding on a limited budget. So, just because you’re not a high roller doesn’t mean you can’t have a memorable big day. That doesn’t mean you have to forfeit those fantasies of designer gowns, epic floral displays, and elaborate meals, however. Hey — a person can dream, right?