Jackson is a ski town ofabout 10,429 people in Wyoming. It’s the center of the Jackson Hole, a valley nestled between two mountain ranges that’s become aritzy ski destination for celebrities and the ultra-wealthy.

Growing up in neighboring Montana, I had always heard of Jackson as a winter town, known for its world-class skiing at Jackson Hole Mountain Resort. USA Today recently rankedJackson Hole’s ski resort as the second-best in the US. So when I planned a weekend trip there in July, I resigned myself to experiencing the area in its low season.

But when I arrived in Jackson, I was shocked at how bustling the town was on a Friday summer evening. The streets were milling with tourists sightseeing, shopping, eating, and drinking. Traffic through the center of town at times rivaled that of New York City, where I live.

“Summertime is very busy in Jackson as we are the gateway to two national parks,” Kate Sollitt, executive director of the Jackson Hole Travel & Tourism Board, told me in an email. 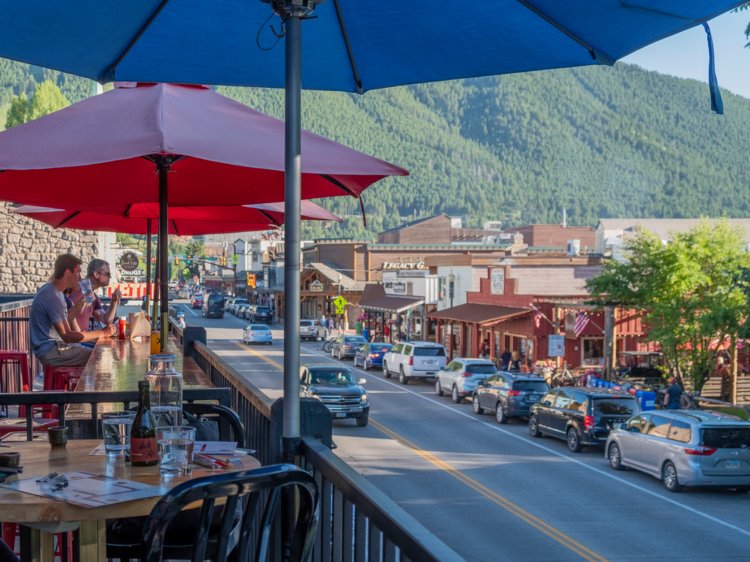 Jackson, Wyoming is a bustling resort town in the summer.Katie Warren/Business Insider

While the tourism board doesn’t have actual visitor numbers to Jackson Hole, Sollitt says that Grand Teton National Park, which is less than a 10-minute drive from the town of Jackson, averages about 700,000 visitors per month, or about 2.1 million people in the summer months. And Yellowstone National Park, abouta 40-minute drive away, gets about 2.4 million visitors in June, July, and August.

“We don’t have great winter numbers but we estimate that winter visitation is around 200,000 for the [entire] winter, so the difference is pretty noticeable,” Sollitt said.

Jackson is the kick-off point for endless excursions to nearby Yellowstone and Grand Teton national parks, as well as activities like hiking, whitewater rafting, mountain biking, and wildlife safaris.

I spent one afternoon at the acclaimed Jackson Hole Mountain Resort. I knew there was an aerial tram that takes guests to the top of a mountain, but apart from that, I figured the place would be a bit boring since it was wasn’t ski season. 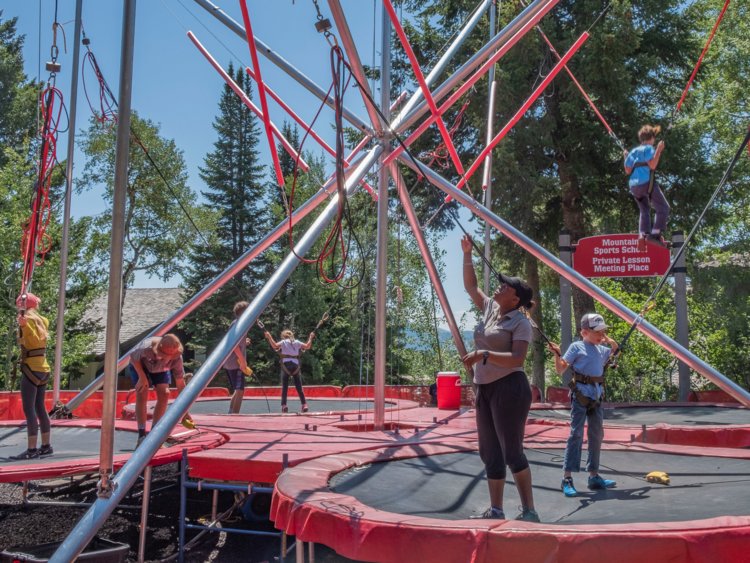 But far from a sleepy off-season ski area, the famous Jackson Hole Mountain Resort was milling with tourists riding the ski lifts and trams, bouncing onbungee trampolines, and traversing a ropes course at the adventure park.

One evening, I went for a drink at the Million Dollar Cowboy Bar, a cowboy bar in the center of town that has real saddles for bar stools. I paid a $5 cover charge and my cocktail was about $10, which seemed a bit pricey for Wyoming but not at all outrageous compared to New York City prices.

Since itsestablishment in 1937, it’s become something of a Jackson institution.Sandra Bullock has celebrated her birthday there, andKanye West popped in last summer with some friends after his album-listening party at a nearby ranch. 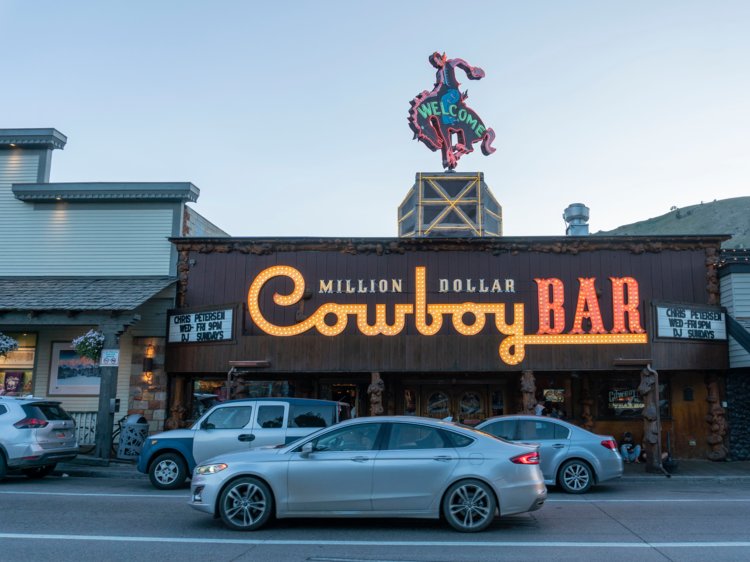 The bar was busy, the drinks were strong, and I even ran into two women I had met earlier that day who work at a nearby dude ranch, which I took as confirmation that it’s not just a tourist spot.

After my summer weekend in Jackson, it was clear that while the area might be famous for its skiing, it’s certainly not a destination to miss in the summertime.

Jackson’s surprising popularity as a summer destination meant that finding an affordable place to stay was nearly impossible. I scoured Airbnb but found nothing at all available in the town of Jackson. To be fair, I was booking only about 10 days before I arrived. The closest thing I found was a room in someone’s house in Driggs, Idaho, more than a 45-minute drive away, for $100 per night.

Even the two-star hotels in Jackson were astonishingly pricey. A room at the Motel 6 on the outskirts of town cost more than $200 per night, and it was completely booked. I ended up at the second-cheapest option, the Super 8, for $245 per night. It had no elevator and unbearably slow WiFi.

On the other end of the spectrum, a room at theluxurious Amangani resort just outside of town will run you between $975 and $2,100 a night.

So, while Jackson strikes me as a beautiful, lively place to visit even in midsummer, it’s not exactly the kind of place you can show up to without pre-planned accommodations. Book ahead!