A fashion tax won’t stop us snapping up that £1 bikini: ALEXANDRA SHULMAN on why the government was right to reject 1p tariff on clothing

A couple of days ago I needed a new belt – fast. So I did what many of us do. I went online, found a very nice, very inexpensive number, pressed checkout and hey presto! – there it was on my doorstep the next day. Welcome to the world of fast fashion.

Last week, the Government rejected demands to impose a 1p tax on all such items. A tax, which its supporters argue, would help deal with the enormous and growing clothes mountain.

Given the fact that more than 300,000 tons of textile waste is generated in this country every year – and that less than one per cent is recycled – the Government’s decision might seem odd. But I believe it was the right one. 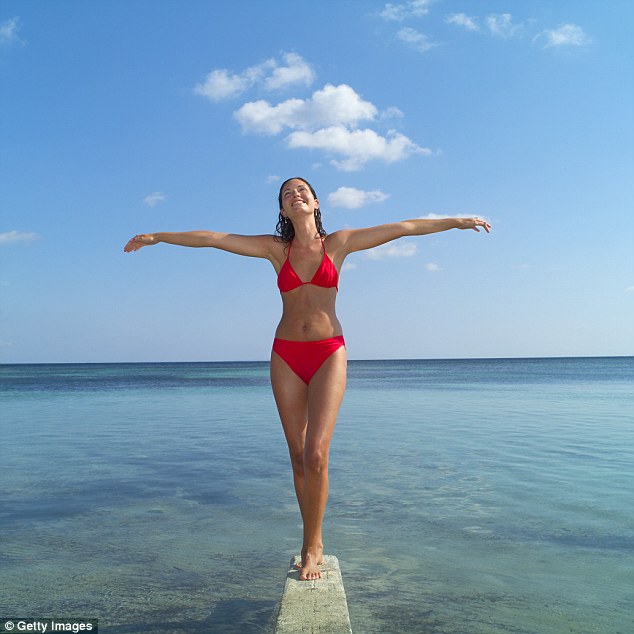 Unquestionably fashion at all ends of the market needs to improve its practices. It must ensure that synthetics shed far less polluting fibres (700,000 can be released in a single domestic wash) and that cotton production is not so environmentally damaging. It needs to use less water in manufacturing, and focus massively on working with recycled fabrics so that 80 per cent don’t end up in landfill or incinerators.

But rather than have the Government step in with new taxes, it should be the responsibility and duty of each company to introduce these improvements because they make sense in every way including, ultimately, economically.

Years ago, there was a suggestion that the Government should impose a minimum Body Mass Index (BMI) for models. Superficially, like the fast fashion tax, it sounded like a good idea – protecting young women from themselves, glossy magazines and rapacious agents by enforcing a healthy body size on their profession.

But it was a terrible idea and I was utterly against it. Were the models to be treated like heifers and publicly measured before shows? How could you possibly prevent them bulking up for a weigh-in, then starving themselves afterwards?

And what about the many young women who were completely healthy but just much thinner than the norm? So an idea that sounded sensible was unworkable when you looked into it.

Dealing with the issues around fast fashion is even more complex. But, as with skinny models, encouraging education and individual responsibility is the best way forward.

That also applies to us as consumers. We all need to take a hard look at how we shop and, more importantly, what we do with what we buy.

Cheap clothing is not evil; the fact that more people can afford to enjoy fashion is surely a good thing. But we need to play our part in dealing with the problem, rewarding the many companies which really are improving their sustainability and questioning those that aren’t.

Last week, fury was targeted at a £1 bikini made by the online retail giant Missguided.

But I’d be fascinated to know how many have been snapped up. As many as they produce, I’d wager.

My neighbour has just had her car stolen, a victim of the scam that enables thieves to activate keyless fobs via a relay box. If the car key is anywhere near the front door, they can use a radio signal from outside to activate the unlocking system and nab the car. Car manufacturers are suggesting that a solution would be for owners to deactivate the keys when they leave the car. Really? That’s ridiculous. Why not just bring back the good old-fashioned turn-in-the-lock numbers that worked brilliantly for decades?

Our friend Ernie likes to quip that you should always pitch up at someone’s funeral or memorial service, otherwise they won’t bother to turn up at yours. 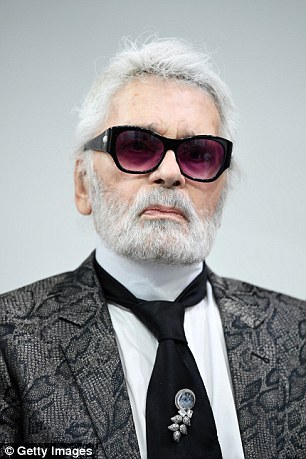 Karl Lagerfeld, pictured, was remembered at a memorial in Paris last week

On that basis there were thousands of people hedging their bets at Karl Lagerfeld’s memorial in Paris on Thursday evening.

If the proverbial bomb had been dropped on the Grand Palais, that would have been the end of the fashion business.

Stella McCartney and Ralph Lauren, Valentino and Anna Wintour sat alongside Brigitte Macron and Carla Sarkozy for the tribute to a much-missed and supremely talented individual.

Karl himself never attended such events. It wasn’t nostalgia he was interested in, but the present and the future. Even so, he would have enjoyed watching Tilda Swinton, in a Chanel tweed doublet, read from Virginia Woolf’s Orlando, Cara Delevingne’s enchanting delivery of a Colette poem about a cat (a nod to Lagerfeld’s passion for his Burmese called Choupette), and the famous Chinese pianist Lang Lang performing Chopin on a Steinway that Karl had designed.

The front row was dominated LVMH boss Bernard Arnault and his whole family, which could only fuel rumours that his conglomerate has its eyes on Chanel. Having recently posted $11 billion of sales, Chanel is the largest golden fashion egg still in private hands.

Emily’s no match for Tory goons on stools

So it’s Johnson and Hunt as the last two. We can only hope that the next TV debates are nothing like last week’s depressing fiasco.

It hard to think of anything as unilluminating and unattractive as a bunch of goons on stools, competing to shout over each other and not answer the question.

Emily Maitlis did her utmost to try to bring some rigour and dignity to the situation but she simply didn’t stand a chance against their rude barracking because she was a woman and they were all men.

Had the contestants been a mixed-sex group, I doubt it would have been quite such a boorish display. But in the circumstances, if Emily had simply yelled at them to shut up she would have come across as a shrill headmistress. As it was, her well-modulated, calm voice fought a losing battle against the testosterone-fuelled bear-pit.

I just can’t bear to nail those snails

The other day I was reading about efforts to save the endangered Bermuda snail. As I wake up every morning to find a substantial snail population snuggled into all my garden pots, I can’t help but think the island would be welcome to some of my plant-wrecking variety.

What should you do with the wretches? It’s clearly unneighbourly to toss them over the garden wall and I can’t bring myself to crush them. So most days you will find me carrying a tray of them across the road to the park to deposit them in the undergrowth. Other solutions gratefully received!