The controversial planning company at the centre of the Casey land scandal has closed its doors after decades as a leading player in the development of Melbourne’s green perimeter after its owner, John Woodman, sold the business to his son. 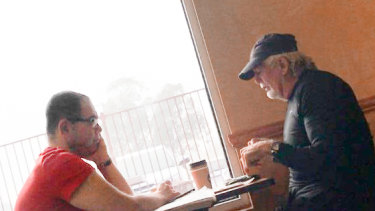 Mr Woodman is a key figure in an investigation by Victoria's anti-corruption agency into land deals in Melbourne’s south-east, issues first raised by The Age in late 2018.

In a recent memo Watsons' chief executive David Newman told staff that Watsons would cease to operate from September 30 and that the new business, Marshal Melbourne Pty Ltd, would be owned “wholly and solely” by Woodman’s developer son, Heath Woodman. “This is a fresh start with a new direction and a new set of organisational values and behaviours,” Mr Newman wrote.

IBAC heard evidence of what appeared to be a close working relationship between John Woodman and his son, who is also a partner in prominent development company, Wolfdene. Heath Woodman, who had been a Watsons director for a decade before resigning in November, refused a request for an interview. Instead, in a written response to questions, Mr Newman stressed that Mr Woodman senior would have no involvement in the new business.

Watsons has about 50 employees including planners, land surveyors, engineers and project managers. It has described itself as "the pre-eminent consultant to land developers across the Mornington Peninsula and the whole of Victoria".

Watsons’ client list or business partners have included, or include, the Fox, Ansett and Baillieu-Myer clans, plus Tony Madafferi, the man police have alleged to be Melbourne's mafia boss. Mr Madafferi has never been charged with any crime and strenuously denies the allegation.

Donations and in-kind support to councillors and MPs have long been an important part of Watsons' strategy for planning success. Mr Newman said Marshal Pty Ltd would not make political donations. 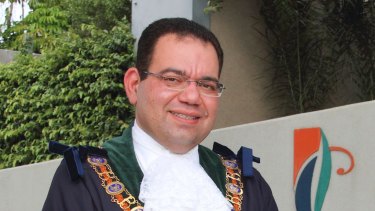 News of Watsons' demise comes as another major figure in the Casey saga former mayor Sam Aziz, remains in hospital in Sydney after returning from 10 months overseas, much of the time in Egypt where he was born. Mr Aziz, who has been accused of accepting almost $1 million in bribes, flew into Sydney last week. He left the country after IBAC raided his properties last year and shortly before he faced public accusations of corruption. The nature of his health problem is unclear. Mr Aziz hung up when The Sunday Age called him this week.

IBAC hearings were suspended in March because of concerns about COVID-19. No date has been set for their resumption.

Do you know more? Send us a confidential and encrypted message on Journotips or to [email protected]