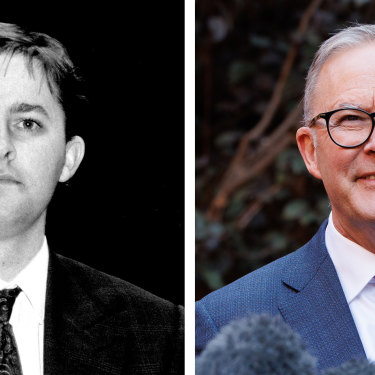 The Australian Labor Party has won the 2022 federal election, making Anthony “Albo” Albanese only the fourth Labor leader since World War II to win government from the opposition.

Born in inner-western Sydney and raised by a single mother in Camperdown’s public housing, Anthony Albanese has always cited his upbringing as a major informer of his politics.

He became politically active from a young age and his stature in the Australian Labor Party has only increased since joining over 40 years ago.

1980s: While studying for a bachelor of economics at the University of Sydney, he is elected to the Students’ Representative Council and leads a faction aligned with Young Labor’s Hard Left.

1985: Elected the president of the NSW division of Young Labor.

1986: Appointed delegate to the Australian Labor Party national conference for the first time. The prime minister has reprised this role several times between 1986 and 2015. 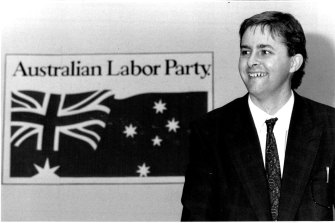 1989: Elected assistant general secretary of the Australian Labor Party’s NSW division. This position embroiled Albanese in a constant conflict between the party’s right and left factions.

1996: Anthony Albanese is elected the federal member for Grayndler, the inner-west Sydney seat that takes in the area in which he grew up. Though it has always been a safe Labor seat, following Albanese’s election, it shifts from a bastion of the party’s right to a stronghold of the left. He has been re-elected at every election since.

1998: Appointed to his first parliamentary party position as a shadow parliamentary secretary to the shadow minister for family and community services.

2001: Appointed to the frontbench for the first time as the shadow minister for ageing and seniors.

2007: After Kevin Rudd is elected prime minister, Albanese becomes a cabinet minister for the next six years. Throughout this period, he holds ministerial positions in various portfolios, including infrastructure and transport, regional development and local government, and broadband, communications and the digital economy.

2008: Appointed Leader of the House and helps manage government business in parliament.

August 2010: During the hung parliament of the 2010 federal election, Albanese plays a vital role as Leader of the House, appealing to independents to maintain support for Julia Gillard’s minority Labor government.

October 2013: Following the 2013 election, Albanese nominates to replace Rudd as the Labor leader. While he earns 60 per cent of the membership vote, he loses to Bill Shorten, who wins the majority of caucus votes. This catalyses tensions between the two Labor figures, though Albanese now insists, “I’m a better leader now than I would have been if elected in 2013.”

May 2019: After Bill Shorten’s shock loss to Scott Morrison in the 2019 election, Albanese nominates for Labor’s leadership election. He runs unopposed and is elected the leader of the opposition.

May 2022: After a gruelling six-week campaign filled with gaffes and gotchas, Labor leader Anthony Albanese is poised to form government with a narrow majority or a crossbench deal after Australians turned against the Coalition in an extraordinary election.