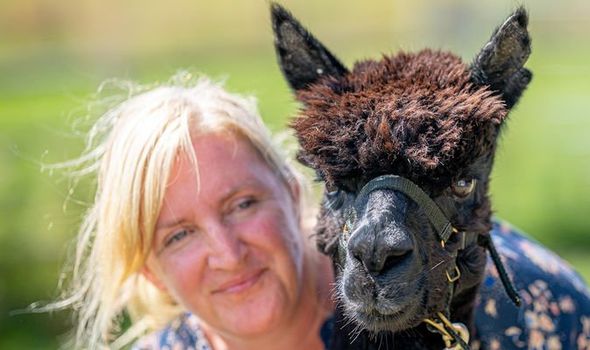 Mrs Justice Stacey said she needed more information from the pet’s owner Helen Macdonald and the environment chiefs who ordered his destruction.

She told both sides to be back in court today so she can consider Helen’s application to stop Government officials putting down the animal.

Yesterday’s twist is the latest in a four-year saga that has reached the highest levels of government and sparked a 130,000-name petition calling for Geronimo to be spared.

The alpaca’s life is at stake after he returned positive test results for Bovine tuberculosis.

Environment Secretary George Eustice claims he should be slaughtered to prevent any risk of the disease spreading to cattle.

But Helen believes the results were false positives and claims Geronimo ‑ now in isolation at her farm in Gloucestershire ‑ could be saved for scientific research.

Her counsel, Catrin McGahey QC told the court that other animals put down after the tests had subsequently been shown to be free of the disease.

She said this vital information had not been made available to earlier hearings and added: “That information absolutely should have been before the judges.”

Ned Westaway, counsel for Defra, said: “The applicant has lost repeatedly in this case. In my submission this is a case that has come very much to the end of the road.”

If Mrs Justice Stacey refuses the application, Helen has no further right of appeal.

Her supporters include Joanna Lumley and Chris Packham.