Laughing it off. Will Smith and Chris Rock‘s fight at the 2022 Oscars shocked both viewers and attendees — but cohost Amy Schumer attempted to diffuse the tension.

“I’ve been getting out of that Spider-Man costume. Did I miss anything?” the Life After Beth actress, 40, joked after Smith, 53, accepted the best actor trophy on Sunday, March 27, in Los Angeles. “There’s, like, a different vibe in here.”

Schumer’s quip earned her a fist bump from Tiffany Haddish before she concluded, “Oh, well. Probably not.”

See What the Stars Wore to the Oscars Red Carpet

Cameras caught the Fresh Prince of Bel-Air alum laughing at the bit following his emotional acceptance speech for his leading tole in King Richard.

Earlier in the ceremony, Rock, 53, made a joke about Jada Pinkett Smith — who has alopecia — starring in G.I. Jane 2, seemingly referring to her shaved head. Smith subsequently stormed the stage at the Dolby Theater and appeared to slap Rock in the face. After walking back to his seat, Smith yelled, “Keep my wife’s name out your f—king mouth.” 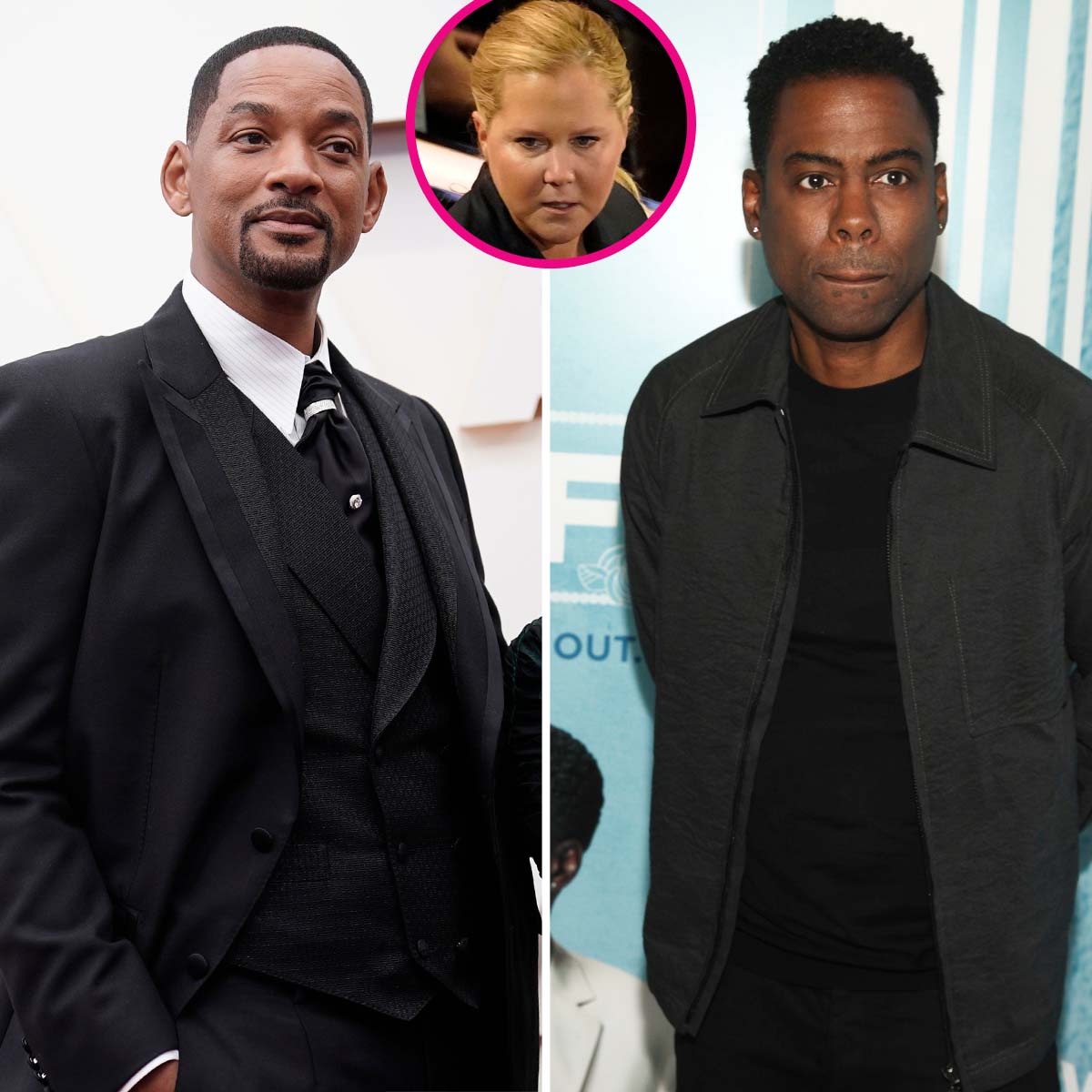 Schumer wasn’t the only one who poked fun at the drama. When Diddy took the stage to introduce an anniversary tribute to The Godfather immediately after the incident, he tried to keep things light. “I just want to say, let’s make some noise for Amy, Regina [Hall], Wanda [Sykes]!” the rapper, 52, said of the cohosts. “Gotta give it up for Wanda. I did not know that this year was going to be the most exciting Oscars ever.”

Timothee! Jake! See the Funniest Celeb Reactions at the Oscars 2022

He continued: “OK, Will and Chris, we’re going to solve that like family at the Gold Party, OK? But right now we are moving on with love. Everybody make some noise!”

Smith, who laughed at Diddy’s response, later apologized and spoke about feeling a duty to protect his community during his emotional acceptance speech. “I want to apologize to the Academy. I want to apologize to all my fellow nominees. … Art imitates life: I look like the crazy father. Just like they said about Richard Williams,” he said, referring to his portrayal of Richard Williams, the coach and father of Serena Williams and Venus Williams.

The actor concluded: “But love will make you do crazy things. … Thank you for this moment. And thank you on behalf of Richard and the entire Williams family. Thank you. I hope the Academy invites me back.”

“We don’t have any details about the incident. As soon as we do, we will make them available to the public,” a Los Angeles Police Department spokesperson told Variety at the Oscars. Rock has not yet commented on the incident.