ANIMAL welfare charities are urging owners to neuter their pets, as  thousands of ­animals are being dumped every month.

RSPCA statistics reveal inspectors rescue more than 60 cats and 60 dogs a day. And stretched charities say the only way to ease the crisis is by neutering pets. 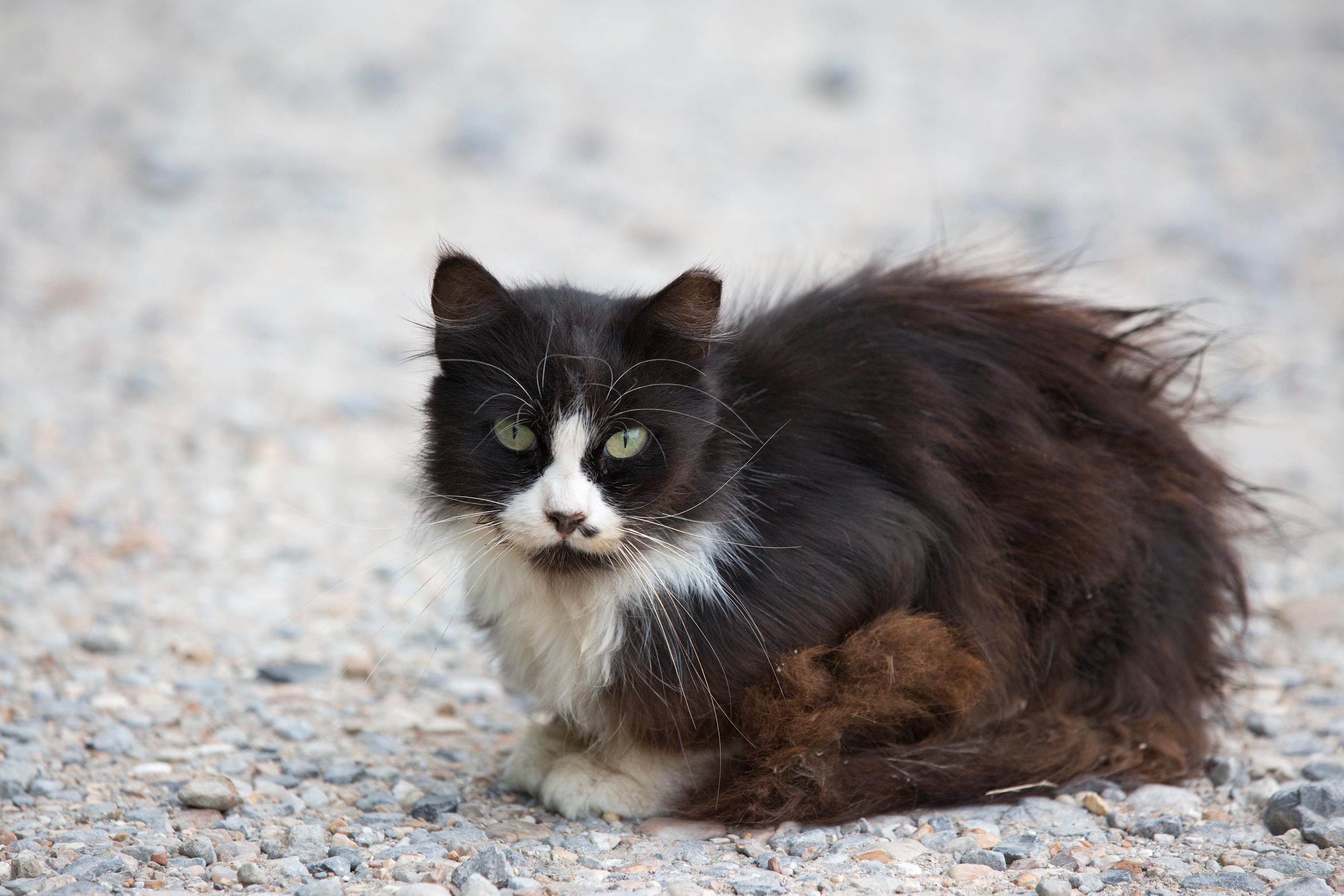 There are nine million dogs and eight million cats in the UK.

Cat welfare expert Alice Potter says: “The answer to a lot of the problems relating to cats in this country is raising the rates of neutering. That will lead to fewer unwanted animals coming into our centres and ­branches.

“We are calling for owners to neuter their cats at around four months old, rather than six months, which can greatly reduce the risk of them getting pregnant and owners being stuck with an unwanted litter.

“We often see pets dumped in cardboard boxes, plastic bags or by the roadside, which is terrifying for animals and leaves them vulnerable.

“There are always options open to people struggling to cope with their pets. We would urge them to take steps to rehome their pet or seek help rather than abandoning them.”

Sean McCormack, head vet at tails.com, says: “Tens of thousands of cats and dogs are looking for homes and more are abandoned every month. One of the main reasons is pets not being neutered and having unwanted litters, or even a single planned one.

“There are many health benefits for neutering too, reducing the risk of certain infections, tumours and ­hormonal issues. Ask your vet when the time is right for your pet, as it varies according to the breed.” The People’s Dispensary for Sick Animals (PDSA) estimates that nine per cent of cats in Britain are not neutered — almost a million animals.

A slight fall this year suggests more owners are beginning to understand the importance of neutering. But there is still work to be done.

Janine Pipe, 39, from Swindon, had her cats neutered immediately after picking up her furry pals Len and Craig from the RSPCA.

She told Paws & Claws: “I knew neutering was important. Pets should only be able to breed if you are a breeder. Otherwise, you’ll be taking unwanted litters to the RSPCA.

“Also, I know tomcats can be very territorial and there’s no worse smell than a male cat scenting in the house.”

In PDSA’s latest report on pet welfare, 18 per cent of owners said their cat wasn’t neutered because it doesn’t go outside.

A further 14 per cent admitted they simply hadn’t thought about it.

Sean says: “My advice is, don’t leave it until it’s too late.”

Star of the week 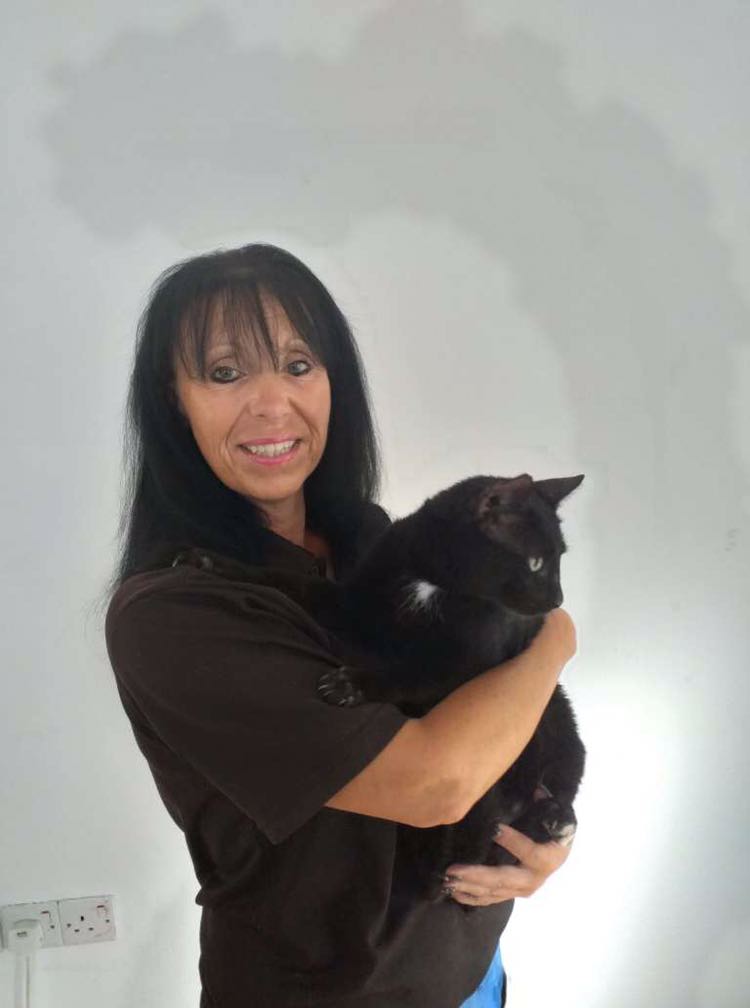 MEET Dodge the cat, one of 37 strays that expat Kelly Perez, 45, rescued from Cyprus.

When Kelly decided to return to live in the UK in September, so her daughter could start college, she couldn’t leave the animals behind.

She flew the 37 cats to Frome, Somerset, at a cost of £6,000 including passports, microchips and vaccinations.

Kelly, who runs a car-rental firm, says: “People think I’m a crazy cat lady, but I’ll do whatever it takes to keep my animals safe.

“We found them dumped in the middle of nowhere, or looking half-starved on streets.”

Michaela Bone, from the West Mids, has shitzu Bailey, who is ten.

Q) Bailey has always been house trained but since we had a laminate floor fitted he has been messing on it. I concluded he was “marking his territory”.

The strange thing is he went to stay with the people who normally have him when we go away and he messed in the night there.
A) Bailey might be confused about house training now the flooring has changed. Dogs learn where they are allowed to go to the toilet based on the type of flooring or ground under them.

Carpet might be off-limits, but laminate floor may remind him of tiles or concrete outdoors that he is used to going on just fine.

It is more likely to be territory marking with peeing rather than pooing. Pooing indoors can be a sign of anxiety, too, perhaps with strangers in the home fitting the flooring?

You can get through this phase by restricting his access to the new areas he is toileting in, and cleaning up well with a product specifically designed to eliminate pet odours so there is no scent left. Make sure to reward him every time he goes outdoors.

Q) No matter what we do, our dog just won’t take a worming tablet. Is there an easy way of getting him to swallow it or can it be purchased in another form other than tablet?

A) You can train him to take a tablet by wrapping it in something really tasty that he loves, perhaps some lean fresh meat, and rewarding him with another small piece after he has taken the first with the tablet inside.

Make sure he is extra hungry at the time and try not to build it up into a big drama, or struggle.

If he is really not co-operating, there are alternatives available that treat all parasites such as ticks and worms with a single dose liquid applied to the back of the neck monthly. Your vet can help you decide on the best option. 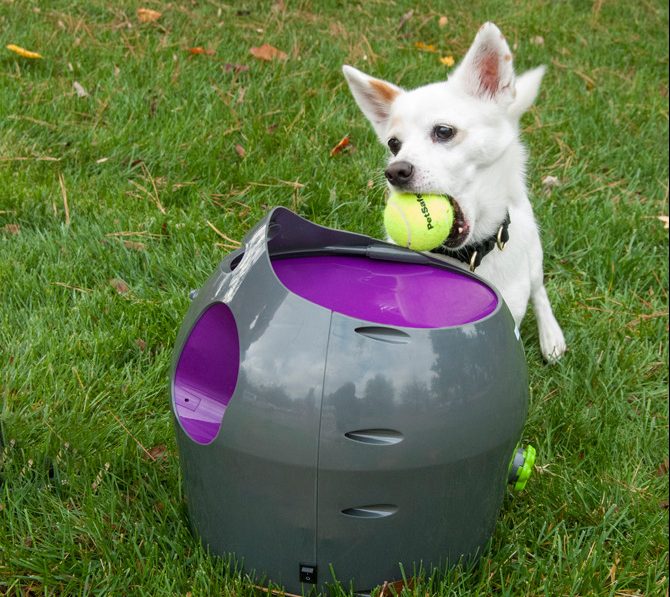 ARE you looking for the ultimate game of fetch?

We have two Automatic Ball Launchers from PetSafe Brand up for grabs, worth £141.99.
It is suitable for all breeds and can entertain for hours. See petsafe.com/UK.

For your chance to win, send an email marked BALL LAUNCHER to [email protected]