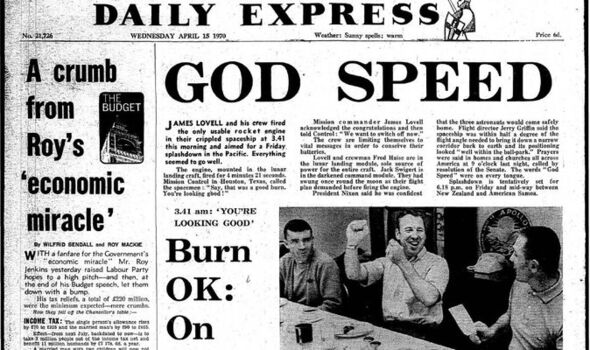 Despite limited power and oxygen supplies, a loss of cabin heat and a water shortage, Captain James Lovell, Jack Swigert and Fred Haise managed to carry out essential repairs before touching down safely in the Pacific Ocean on April 17.

Appalled by what they found, they forced the Nazi guards to dig graves with their hands to bury the piles of bodies.

Richard Dimbleby’s historic BBC report wasn’t broadcast until a few days later as his bosses in London didn’t believe the scenes he described.

34 years ago (1989) Ninety-four football fans were crushed to death at Sheffield’s Hillsborough stadium at an FA Cup semi-final between Liverpool and Nottingham Forest.

Another three subsequently died of their injuries. In 2016 it was finally ruled that they were unlawfully killed.