ASDA has sparked outrage by hiking the price of its plastic bags from 9p to 15p.

Bosses said the rise is to encourage customers to reuse them rather than buy new ones. 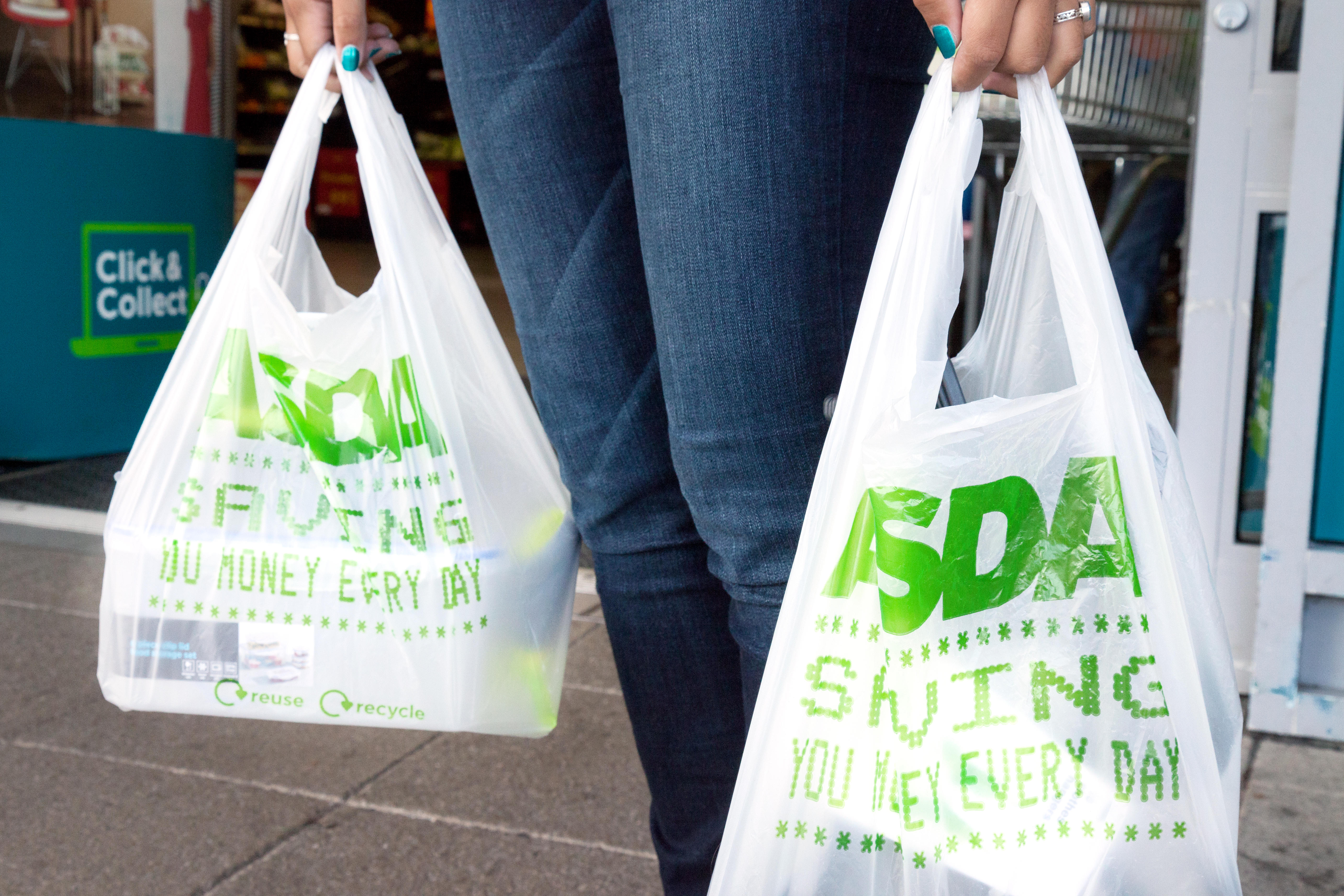 But the swift price leap was slammed by customers who accused the store of cashing in.

Shopper Martin Sadler, 45, of Great Barford, Beds, said: “The money supermarkets take from plastic bags is supposed to go to a good cause. But do we really know that is happening?”

Carrier bag charges have been creeping up since supermarkets were told to charge 5p for single-use ones in October 2015.

Ending cheaper versions is a move other supermarkets have made too.

Tesco, Waitrose and Sainbury’s charge 10p for heavier ones.

Asda is still cheaper than Morrisons, which charges 20p after putting up prices twice this year.

Supermarkets are expected to give profits to good causes.

Asda said: “To encourage customers to reuse and recycle their plastic Bags for Life we’ve increased the price to 15p.”