Daytime TV might not be where you expect to find a glossy crime caper, but that’s exactly what BBC1 offers with The Mallorca Files, which returned this week for its second series.

Perfect for a bit of lockdown escapism, Max and Miranda are seen careering down the island’s picturesque streets in a classic BMW and horseback riding on sun-drenched hills. 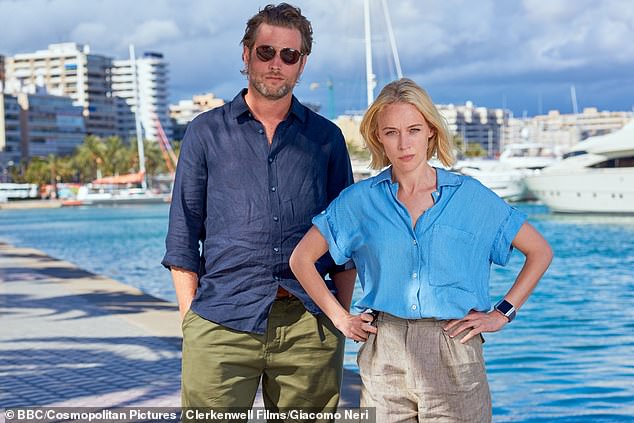 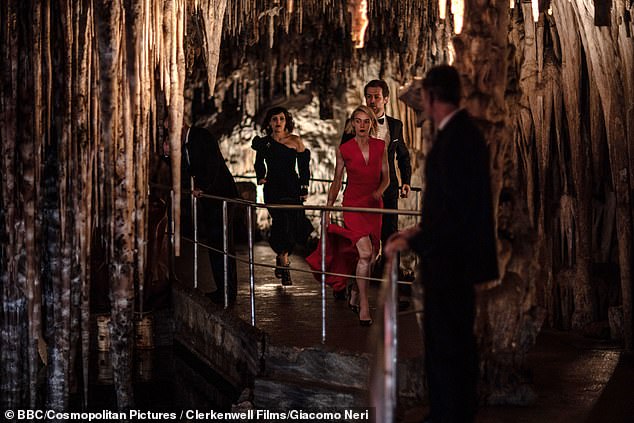 Drama: In the opening tale, a philandering opera singer was stabbed to death through the voice box, and the list of suspects quite literally filled a theatre. Pictured, with their boss Ines 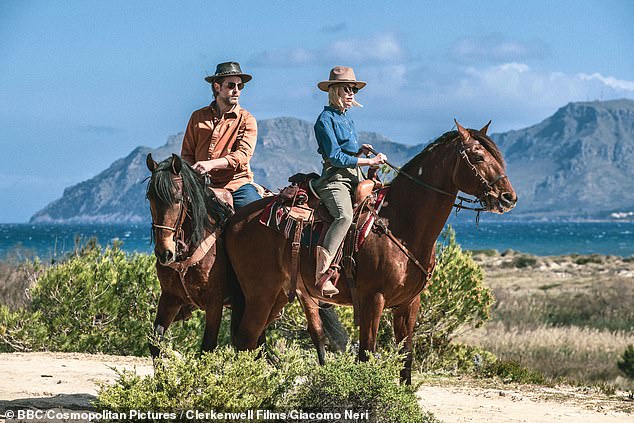 Stunning setting: Perfect for a bit of lockdown escapism, Max and Miranda are seen careering down the island’s picturesque streets in a classic BMW and horseback riding in the sun

The series has received praise across the board, with critics including the Daily Mail’s Christopher Stevens giving it glowing five-star reviews.

‘It’s a Mediterranean Death In Paradise,’ he wrote. ‘If you know the island, you’ll need no encouragement to watch.

‘Like the best of the Beeb’s other afternoon crime dramas, including Father Brown and Shakespeare & Hathaway: Private Investigators, it is better than most primetime shows.’

The Daily Telegraph’s Anita Singh agreed, writing: ‘The crimes are the sort you might find in Midsomer Murders and the plots are wrapping up neatly in the space of 45 minutes. It all goes down as easily as a cold beer on a Mediterranean holiday.’ 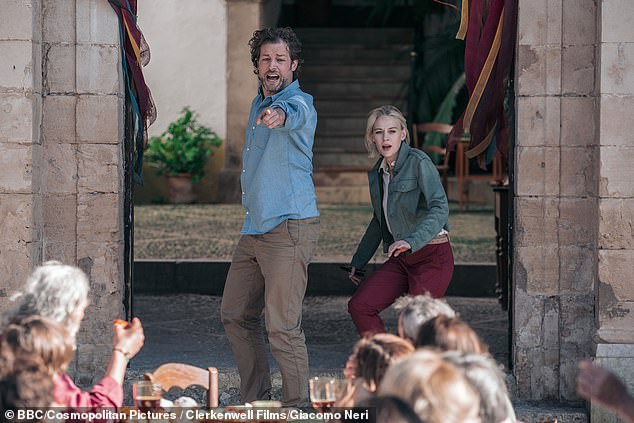 Catch the criminal! The partners on a case in the third episode of the series, airing tomorrow

Meanwhile viewers have said their ‘delighted’ to have it back on screens, with several harassed parents taking to Twitter to say it is their ‘treat’ after a busy morning of home-schooling.

One posted: ‘Had to wait until #LockdownSchool was done but sooooo excited for this! #MallorcaFiles @BBCOne’.

Another added: ‘Absolutely over the moon to hear that #MallorcaFiles is back on @BBCOne next week for a second season! Thank goodness it’s gonna be on @BBCiPlayer #fantastic.’

The show is co-created and co-written by Dan Sefton, the former A&E doctor with the Midas touch whose TV hits include Trust Me with Jodie Whittaker, Dawn French’s Delicious and The Good Karma Hospital with Amanda Redman. 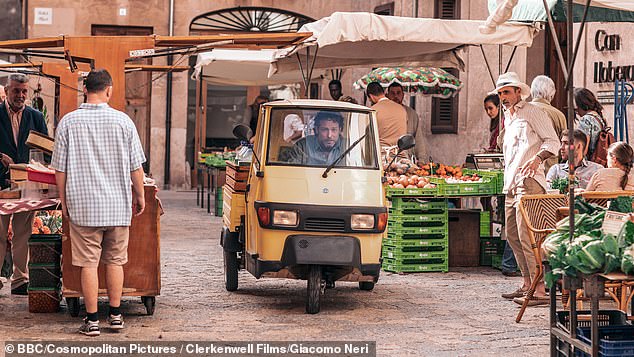 Light-hearted: The show is written in a way that gently pokes fun at the crime genre

The police show can be a familiar formula, but Dan has previously spoken of how he wanted to give it a twist. Instead of a chilly German and easy-going Brit, he reversed the personalities.

Fans have also been watching in the hope that the partners might finally realise there is more to their relationship. At one point Max says: ‘Either we will fall madly in love or I will kill her.’

In the opening tale, a philandering opera singer was stabbed to death through the voice box, and the list of suspects quite literally filled a theatre.

While investigating, Max can’t help but break into song.

Of course the pair solved the crime using their unconventional methods (as they always do) – all in just 45 minutes.

The Mallorca Files is on weekdays at 1.45pm on BBC1 and iPlayer