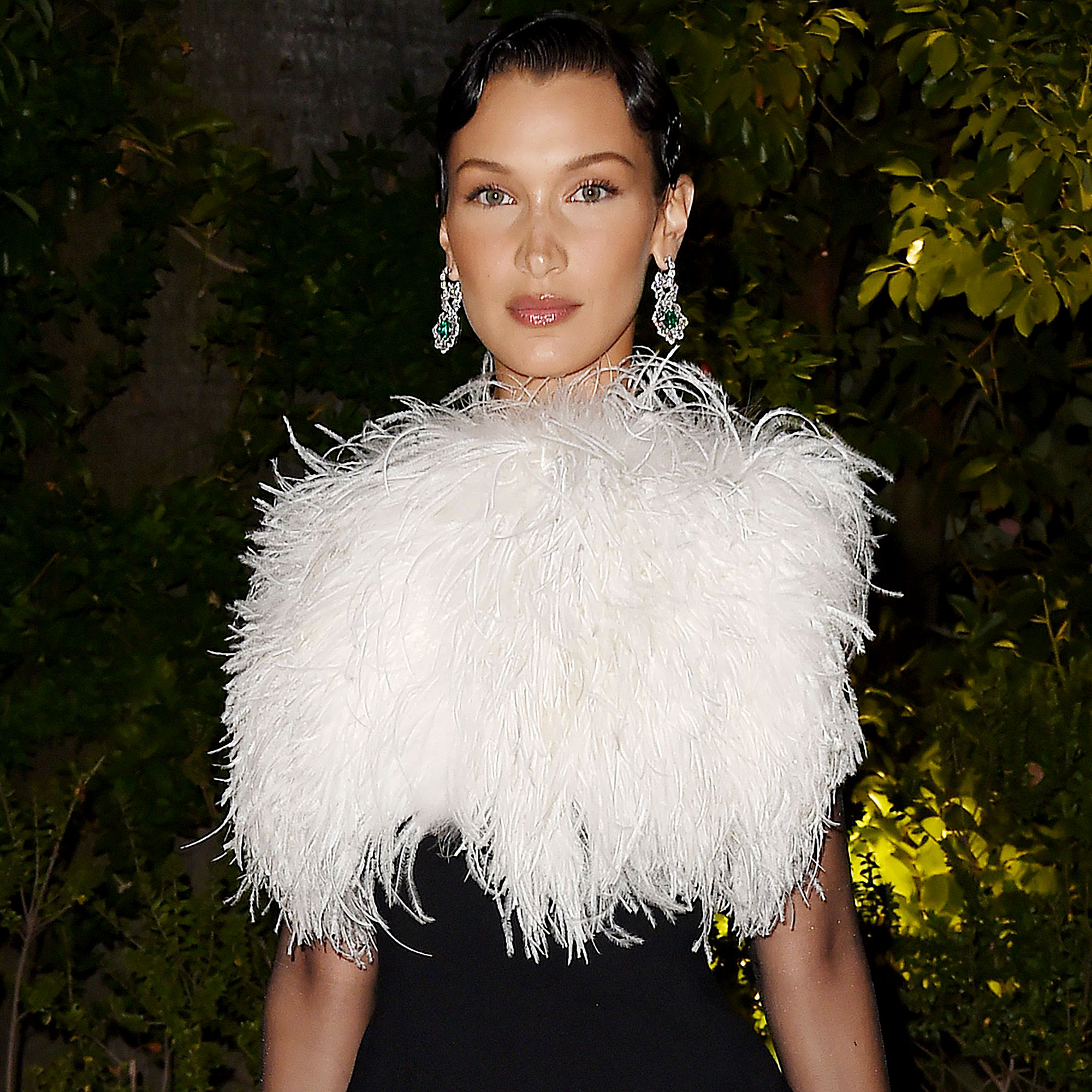 Clearing up confusion! While rumors and speculation about Bella Hadid’s plastic surgery have been swirling around for years, the 25-year-old model has officially set the record straight.

Celebrities Who Admitted They Got Plastic Surgery

In a Tuesday, March 15, interview with Vogue, the runway star confirmed that she did have a nose job — at the age of 14 no less. “I wish I had kept the nose of my ancestors,” she expressed to the publication. “I think I would have grown into it.”

While Hadid completely owns up to her nose job, she made a point to squash any and all rumors that she’s had an eye lift or lip filler. “People think I fully f—ked with my face because of one picture of me as a teenage looking puffy. I’m pretty sure you don’t look the same now as you did at 13, right?” the model explained.

She went on to say that she has “never” received filler either. Many people have hypothesized that the star had filler placed in her cheekbones. “Let’s just put an end to that. I have not issue with it, but it’s not for me,” Hadid explained.

As for her eyes and brows? She’s had no procedures done either. Instead, her snatched appearance is the result of a good, old fashioned makeup hack. “Whoever thinks I’ve gotten my eyes lifted or whatever … it’s face tape! The oldest trick in the book,” Hadid revealed.

Real Housewives’ Plastic Surgery: Before and After

The model did however admit that thinking about her looks was a large part of her childhood and affected her entry into the modeling industry, which was primed by older sister Gigi Hadid.

“I was the uglier sister. I was the brunette. I wasn’t as cool as Gigi, not as outgoing,” she told the outlet. “That’s really what people said about me. And unfortunately when you get told things so many times, you do just believe it.”

The Dior Makeup ambassador, who has been open about her “insecurities, anxiety, depression, body-image issues [and] eating disorders,” explained that she became a “good actress” for the benefit of her career.

“I put on a very smiley face, or a very strong face. I always felt like I had something to prove,” she said. “People can say anything about how I look, about how I talk, about how I act. But in seven years I never missed a job, canceled a job, was late to a job. No one can ever say that I don’t work my ass off.”