President-elect Joe Biden announced Tuesday that he has nominated Dr. Rachel Levine to serve as assistant secretary for health at the U.S. Department of Health and Human Services. If confirmed by the Senate, Levine would be the first openly transgender federal official in a Senate-confirmed role, according to the Biden-Harris transition team.

Levine, who is the secretary of health for Pennsylvania, is currently leading the state’s response to the COVID-19 pandemic.

“Dr. Rachel Levine will bring the steady leadership and essential expertise we need to get people through this pandemic — no matter their zip code, race, religion, sexual orientation, gender identity, or disability — and meet the public health needs of our country in this critical moment and beyond,” Mr. Biden said in a statement. “She is a historic and deeply qualified choice to help lead our administration’s health efforts.”

Vice President-elect Kamala Harris called Levine “a remarkable public servant with the knowledge and experience to help us contain this pandemic, and protect and improve the health and well-being of the American people.” 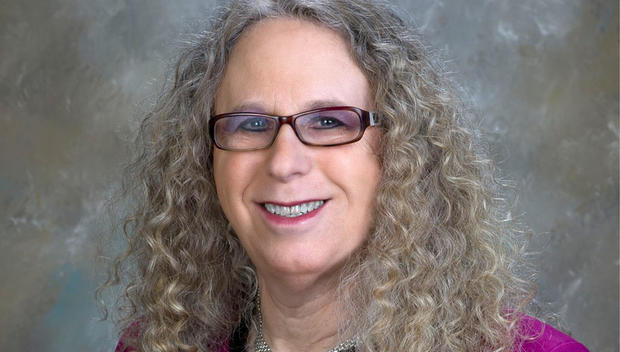 Levine, a graduate of Harvard College and the Tulane University School of Medicine, completed her training in pediatrics and adolescent medicine at the Mt. Sinai Medical Center in New York City. She is also a professor of pediatrics and psychiatry at the Penn State College of Medicine and serves as the president of ASTHO, the Association of State and Territorial Health Officials.

She was confirmed as Pennsylvania’s secretary of health and the state’s physician general by the Republican-controlled state Senate three times.

The doctor is also an “author on the opioid crisis, medical marijuana, adolescent medicine, eating disorders, and LGBTQ+ medicine,” according to the release.

In a recent interview with CBS News’ Melissa Quinn, Levine spoke about Pennsylvania’s effort to ensure that urban and rural areas have equitable access to the COVID-19 vaccine.

“Pharmacies will be very important and necessary, but not sufficient,” Levine said. “It’s not the vaccine that’s the issue. It’s vaccination. We have to get them administered to people. We need to get the vaccines into arms.”

The Pennsylvania Equality Project celebrated her nomination, saying in a statement to CBS Philly: “[W]e could not possibly be more excited for her and our community to have such amazing and inspiring representation at the highest levels of our government. Well deserved Dr. Levine – well deserved! We are sure you will work just as hard to protect Americans as you did in Pennsylvania for many years!”