A special occasion! Randall Emmett‘s birthday party for his daughter Ocean had a major surprise guest: his ex-wife, Ambyr Childers.

Emmett, 50, shared a glimpse of the festivities with an Instagram Story video of Childers, 33, holding the little one on Tuesday, March 15. “Ocean getting love from everyone,” he captioned the footage, in which the You alum is joined by the former couple’s daughters, London, 11, and Rylee, 8.

The Florida native and Childers were previously married from 2009 to 2017. One year after their divorce was finalized, the director proposed to Lala Kent in September 2018. Emmett and Kent, 31, welcomed Ocean in March 2021.

The Ray Donovan alum previously made headlines when she called out Kent for sharing photos of her and Emmett’s children. “Since you don’t want to answer my text messages, I’ll try here,” the Arizona native wrote via Instagram in August 2019. “Lala, I appreciate your love towards my children, but until you’re officially their stepmother please refrain from posting my children on social media! I hope [you] understand where I’m coming from. Many thanks.”

Two years later, the Bravo personality sparked breakup speculation when she removed all traces of Emmett from her social media. In November 2021, Us Weekly confirmed that they had ended their engagement.

Kent later addressed the apparent issues that she ignored throughout her relationship with Emmett. 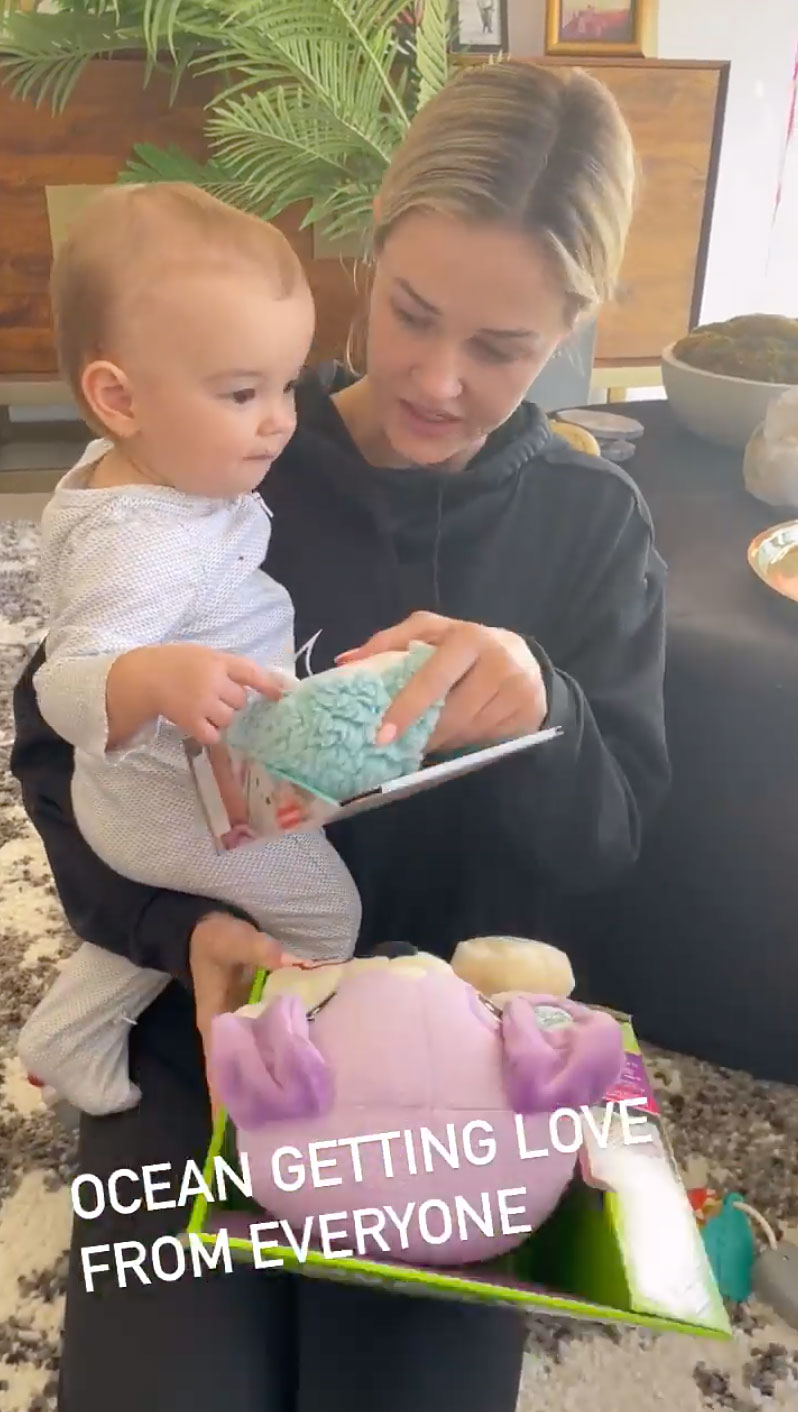 “Randall was never, ever home. He would always say that it was work-related and he was always on his phone. It was nonstop on his phone, and I still didn’t even register it,” the Utah native claimed during the season 9 Vanderpump Rules reunion in January. “I just knew that Randall was not who I think he is. I thought I knew that he was loyal to me. That is all I wanted. Because I was like, ‘I know how dudes are and I know I can trust him.’”

Everything Lala Kent Has Said About Randall Emmett Following Their Split

That same month, the Give Them Lala author praised Childers while admitting that they had a “very bumpy” history. “I have a lot of compassion for her,” Kent explained during an appearance on Watch What Happens Live With Andy Cohen. “I think she is a great woman and a great mom. I will be honest — I think she is the best thing that ever happened to that guy.”

Kent noted at the time that her breakup forced her to reconsider her past with Childers, adding, “I just think the way that he and I came to be, looking back on it, was so gross and messy and just something that was built on nothing but lies. Knowing what I know about her, I think she was a good one and he messed up.”