According to the Daily Mail, celebrity publicist Roxy Jacenko and I have been feuding for the past decade or so, which makes selecting an appropriate lunch venue somewhat tricky.

Admittedly, I have described her as a “publicity seeking missile” on more than one occasion, though she has returned fire over the years too, one memorable salvo headed my way labelled “bitter and twisted old #@%+!”

“Nowhere near sharp knives,” a colleague jokes when I mention the venue dilemma after Roxy agrees to the somewhat unlikely idea of lunching with me, teasing “it’ll get clicks”. 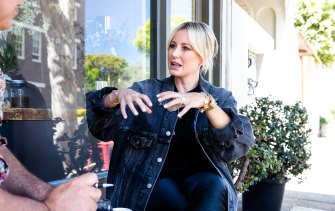 We have been mutually beneficial adversaries: Just as Jacenko has been a rich seam of stories to me, those stories kept her in the news cycle that underpinned her career.

Jacenko and I decide on our Switzerland: Paddington’s quaint Wolf Cafe, a tiny, dog-friendly neighbourhood spot located midway between my home and her action-all-stations headquarters.

It is a fitting venue. This was where Jacenko’s husband, the equally newsworthy former investment banker Oliver Curtis, and I first got chatting a year ago.

That was after I had written about his sensational insider trading court appearances, his incarceration and his wife seeking solace in the arms of her ex-boyfriend while he was behind bars. Even after all that he apparently held no grudges, happily chatting as we queued for coffee.

Word of our friendly tête-à-têtes eventually got back to Jacenko, thus allowing our frigid relations to thaw to the point she would agree to an interrogation over chicken and tuna sandwiches and tap water while perched atop a repurposed church pew on a footpath surrounded by pampered Paddington pooches.

Jacenko, 41, is the oldest daughter of immigrant parents, Yugoslavian-born father Nick, now in a relationship with fashion designer Lisa Ho, and her London East End-born mother Doreen Jacenko. The Jacenkos are former Sydney ragtraders and self-made millionaires, who during their 38-year marriage amassed a major property portfolio.

Their holdings recently sold for $78 million following a long, protracted and bitter divorce settlement. Father and daughter no longer speak, a situation Jacenko tells me is disappointing as her children have no relationship with their grandfather, adding she believes the familial bond is beyond repair.

While Jacenko spent many of her childhood years in Hunters Hill working in the family business, she also craved financial independence and worked at Gladesville McDonald’s. She recalls being one of the few girls at the privileged Kambala who was working shifts after school to make money.

When the family moved to Woollahra she got another after school job, this time at The Flowerman in Double Bay. That’s when she got a taste for being a business owner after watching the small florist make thousands of dollars in a single day. She was hooked. 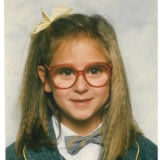 Jacenko is a parable of 21st Century celebrity in all its superficial, instantaneous glory: her fame is not based on any particular skill, she doesn’t sing, she doesn’t act, she is not the offspring of famous parents, she is not a publicly elected leader, and yet she has 262,000 Instagram followers and barely a day goes by when she is not being written about, photographed or appearing on radio and TV.

After leaving school she landed a job working as a receptionist for high-profile business identity Theo Onisforou, who co-owned the Diesel jeans company at the time. He was so impressed by the ambitious young woman he made her the brand’s publicist. Not long after she branched out on her own and launched a public relations company, Sweaty Betty, a name she’d heard in England. 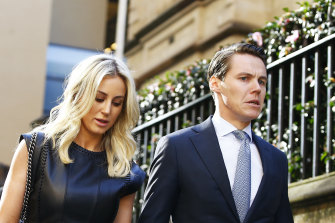 Roxy Jacenko and Oliver Curtis during the 2016 trial.Credit:Daniel Munoz

“I really liked the name, it resonated with my work ethic,” she says.

That was in 2004, and Jacenko quickly became a player in Sydney’s heady media scene. Throwing parties and befriending celebrities, she earned a reputation for her extravagant lifestyle, like flying her Vera Wang wedding dress in its own First Class seat from America. The Sunday gossip columns lapped it up.

For the past decade, social media platforms like Instagram have meant Jacenko can drive her own publicity via a deluge of social media posts she showers on her followers, showcasing everything from mundane house chores to the challenges of raising kids, interspersed with videos unwrapping designer shoes and $100,000 Hermes handbags.

“I guess at the start people saw the cars, the lifestyle, this young girl doing things, achieving things, and they were interested in that, which is really how I got the part on Celebrity Apprentice. It snowballed from there,” she tells me, referring to her reality TV debut in 2013.

She stood out. Promos featuring Jacenko with horns and flaming-red eyes like some kind of “she devil” started appearing after being labelled a “monster” by fellow contestant, the equally polarising Prue MacSween. 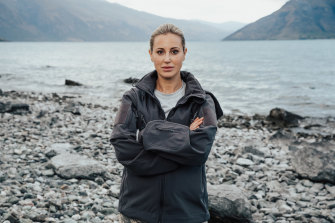 Roxy Jacenko on the set of SAS Australia.

She’s a reality TV producer’s dream and has been on plenty of TV shows since, most recently being punched by her former “bestie” Candice Warner (wife of cricketer David) on SAS Australia, a blow which ended their all-star friendship.

“She could have said no, but she went for it. Sorry, that is not how you treat a friend, on or off camera,” she tells me.

By her own admission Jacenko is “not academic” and reveals she did “terribly” despite going to the “best schools”.

While she may not have been studious, there is no denying Jacenko is street smart.

She figured out early the attention she was attracting could snare clients.

“But the trade-off was I had to constantly give more of myself to feed the machine,” she admits.

Today she is mother of Pixie, 10, and Hunter, 7, and tells me the publicity magnet chapter of her life is coming to an end, along with her appetite for being the centre of attention. These days it is her burgeoning online toy, candle and fashion accessories e-commerce businesses that are consuming most of her energy.

“I’m a warehouse picker packer,” she shrieks, though dripping in diamonds and dressed in a Balenciaga denim jacket, which, after I Google and see its $2000 price tag, is hardly your average warehouse hi-viz.

She’s also planning to move out of her Paddington offices and into a commercial warehouse in the inner west.

“I could see the publicity business was dying five years ago, then the pandemic smashed Sweaty Betty. It’s all about toys, bows and fidgets now,” she says, referring to the Pixie’s Bows business, named after her daughter, and the more recent Fidgets toy business, which she tells me is turning over $20,000 a day in online orders.

During a post lunch tour of her old publicity offices, she shows me her boardroom, designed by celebrity interior decorator Blainey North, and the $70,000 worth of curtains she has hung in there. 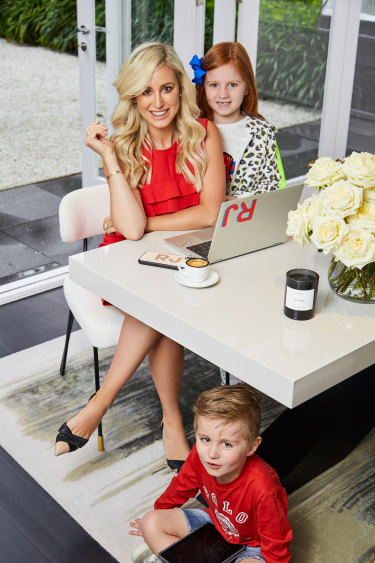 Roxy Jacenko with her children, Pixie and Hunter in 2020.Credit:Michael Klimentos

“It’s the most glamorous warehouse in town,” she laughs, wedged between boxes of children’s toys and hair bows, deliberately in the colours of every school in the country, as the ring of an old cash register continuously emanates from her latest edition iPhone.

“It’s literally the sound of orders coming through the website, it keeps me pumped whenever I hear it,” she explains. “But my husband hates it going off all the time!”

“I’ve been working since I was a teenager. It’s pretty much what my entire life has been focused on … work. I get that people probably think it’s unhealthy, and maybe it is, but for me, it’s all I’ve ever known … and I want my kids to see that hard work has its rewards.”

Today Pixie and her little brother Hunter have become social media stars in their own right, largely thanks to the efforts of their mother. On Pixie’s sixth birthday, Roxy gave her a couture gown comprising 3000 Swarovski crystals, 15 metres of French tulle, custom-dyed ostrich feathers and French lace. It took a team of seamstresses four days to create.

The stage-managed birthday party was written up in serious fashion magazines as though it was the Met Gala. Mission accomplished. 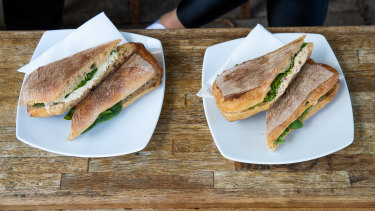 But I ask at what price, beyond her pathological need to work, those “rewards” have come?

Especially given so much of her otherwise personal life has become public fodder and available for her children to read, from her most intimate indiscretions and public feuds with her former friends and family. Her own offices were famously targeted in vile graffiti attacks. 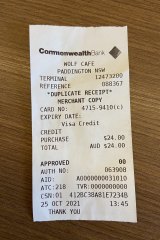 Even her breast cancer diagnosis became a news event, though it is topic which I admit I owe her a long overdue apology after cynically reporting on the media attention before 60 Minutes filmed her surgery.

“Cancer diagnosis as a mum with little kids was terrifying. I didn’t know how I was supposed to act, I don’t think anyone does in that situation. It was the worst time in my life, even now I have trouble thinking about it, remembering the details. I think I deliberately put it in the recesses of my mind as a way of coping. I just wanted to get on with it, to go forward and not look back,” she says, accepting my apology while acknowledging how wounded she had been at the time.

“I’m a little older and hopefully wiser now, it’s taken me a few years to learn that it can be a price that’s not worth paying. There have been negatives, not just for me but for the people I care about, for Oliver too … people have backed away because of the attention. People make assumptions about us, I get that, but not all of them are correct.

TV, movies, Find out the next TV, streaming series and movies to add to your must-sees. Get The Watchlist delivered every Thursday.