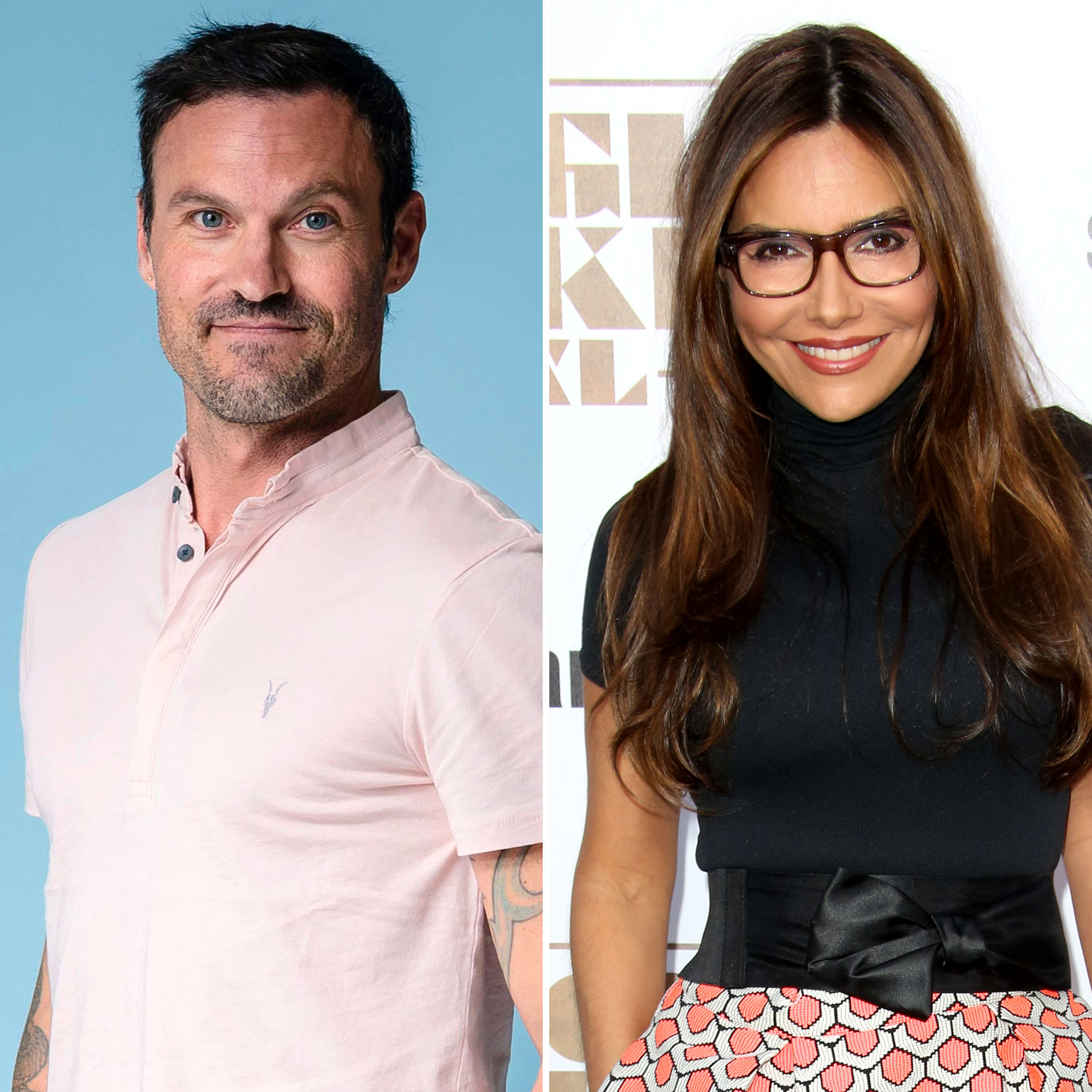 Not having it. Brian Austin Green clapped back after he found out that ex-fiancée Vanessa Marcil was making statements about their custody arrangement.

“I just heard that my ex was claiming I spent years taking her to court and asking for child support,” the Beverly Hills, 90210 alum, 49, wrote via his Instagram Story on Thursday, October 13. “How was I the Respondent then??? #factsisfacts #thetruthshallsetyoufree.”

The California native included a screenshot of court papers that seemed to show Marcil, 53, listed as the petitioner and Green as the respondent.

The Masked Singer alum and the former soap star, who split in 2003 after four years of dating, share son Kassius, 20. After their breakup, the duo were involved in a lengthy custody battle.

Marcil, for her part, spoke out about the tension in November 2018, claiming that Green and his then-wife, Megan Fox, hadn’t seen Kassius in five years. “12 years ago I was served legal papers and then spent 8 years+ defending myself and my son in custody court in response to his father & his stepmother trying to get full custody(that means I would have seen my son four days a month) and then asking me to pay them child support,” the Las Vegas alum wrote via Instagram at the time. “They lost that case & a civil case asking me for 200,000.”

The Daytime Emmy winner claimed she “never asked for child support of any kind,” adding that she “had never tried to take time away from Kass’ dad seeing him. Ever.”

Green didn’t comment on Marcil’s allegations at the time. Less than one year later, the then-teenager visited his dad on the set of 90210 in Vancouver, Canada. “We’re going to be staying here for a bit,” Kassius wrote via Instagram in July 2019. “I’m here for a week.”

After that trip, Marcil implied that her ex-fiancé was on good terms with his son. “My son was finally invited back into his dad’s life and was able to finally meet his youngest brother and finally see his other two siblings again,” the General Hospital alum wrote in a September 2020 Instagram post. “My son is also an incredible big brother.”

Green shares three sons — Noah, 10, Bodhi, 8, and Journey, 6, — with Fox, 36. The former Masked Dancer cohost and the Jennifer’s Body actress announced their separation in May 2020 after nearly 10 years of marriage. The duo finalized their divorce in October 2021.

Earlier this year, Green welcomed son Zane, now 3 months, with girlfriend Sharna Burgess. The Smallville alum and the Dancing With the Stars pro, 37, have been dating since late 2020.

Shortly after Zane’s arrival, the BH90210 veteran admitted that he might be done having kids. “I mean, I have five kids, and we joke about the fact that I already had a station wagon, so now I have [to get] a Yukon Denali,” Green told Entertainment Tonight in July. “If I have another one, then I’m moving to, like, a school bus or something.”