A bride-to-be has shared her frustration after her fiancé decided to change the colour of his suit just two months before they are due to get married.

The Australian woman said the couple initially agreed the bridal party would wear neutral colours like soft pink, beige and white to blend in with the wedding theme.

However, the groom-to-be no longer wants to wear a beige coloured suit on the day.

‘He has decided he wants to go for a dark navy almost a black design,’ she detailed in an anonymous post shared in a Facebook group.

‘I know that it is his day as well but I just feel it’s not going to look right with our wedding design and colours.’ 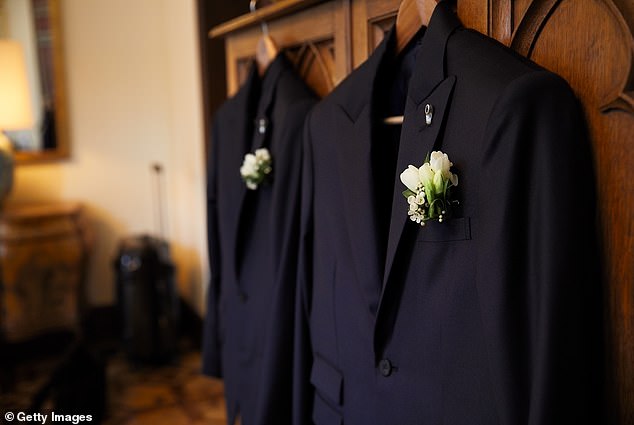 Who’s in the wrong?

Who’s in the wrong?

The bride said they have ordered everything – including her wedding dress,  bridesmaid dresses and suits for the groom and groomsmen.

‘We have spent so long working together to organise our wedding style and I love it so much but this is just going to ruin it,’ she said.

‘I just want the day to be perfect.’

After sharing her dilemma, many said while it’s ‘annoying’ her husband-to-be has ‘changed his mind’, they were confident his dark suit won’t ‘clash’ with the softer colours of their wedding day.

‘I think the navy would look stunning against the dresses. You need to remember that it is also his day and he should get the choice of what the male party members wear,’ one woman wrote.

Another said: ‘It won’t ruin it. This is only seems like a big deal in your head. Navy looks great with your other colours. Pick your battles, let this one go.’

While one added: ‘Actually navy and pinks will actually give your wedding an elegant, classic style. Pick your battles. This is not it.

‘P.s. Stop focusing so much on the perfect wedding. It’s a wedding. There are things that will not go as planned, which you may or may not notice. The important thing is that you are marrying the person you love.’

Others suggested the bride should let her future husband wear what he feels comfortable on their wedding day.

‘You’re both getting married. Can you imagine if he told you what to wear? Navy will look beautiful… Embrace his input and remember you are getting married,’ one said.

Another said: ‘I would say if it isn’t too much for them to change and it doesn’t cost any extra then I would go with it. Trust me, it will be very sharp and it’ll seem like a minor detail on the actual day. You want him to be comfortable.’

A wedding photographer agreed with everyone, saying she has nothing to worry about because dark navy colour ‘goes with everything’.

‘Ultimately it should be his choice with what he feels comfortable in,’ she said.