Will you meow-ry me? British man proposes to US woman who flew to London to spend lockdown with him after meeting on Facebook when she liked his picture with a chubby cat

A British man who met his American girlfriend when she liked a picture of him holding a chubby cat on Faceebok has revealed they are now engaged.

The group This Cat Is Chonky is a place for people to share pictures of their chubby or extra fluffy cats, and graphic design graduate Adam Lawrence, 29, from Ealing, West London, got talking to Anna Hosey, 26, from Chicago when she liked  his ‘cute’ picture on the group.

After visiting Anna in the US at the end of last year, the couple declared they were ‘somewhere between dating and a relationship’.

But when his next visit was cancelled due to the Covid-19 pandemic, Anna flew to the UK where she’s been since earlier this year and Adam has now proposed, The Sun reports, 12 months after their first met online. 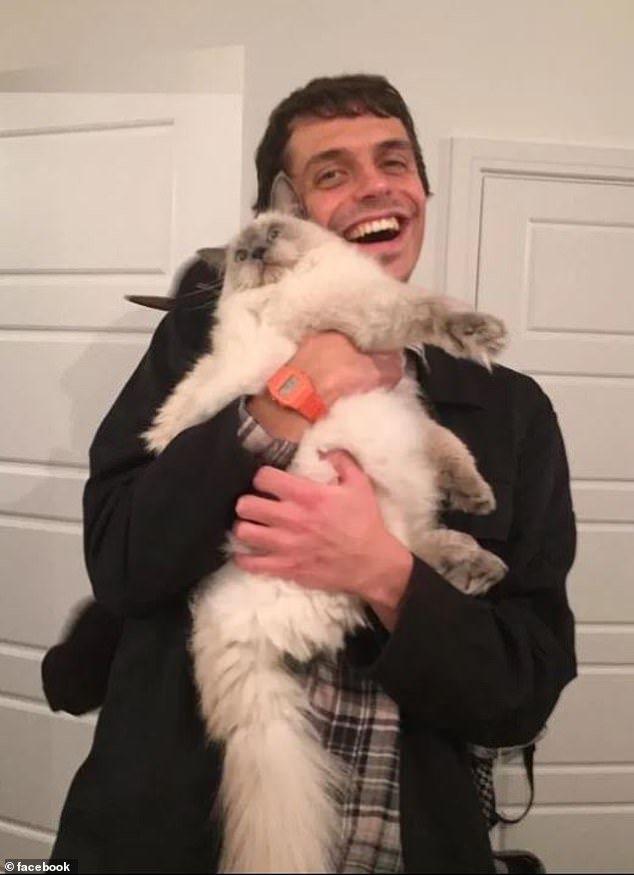 Adam Lawrence, 29, from Ealing, West London, shared a picture of him with a fluffy white cat in the This Cat is Chonky Facebook group last year (pictured) and his now fiancee thought he looked ‘cute’ 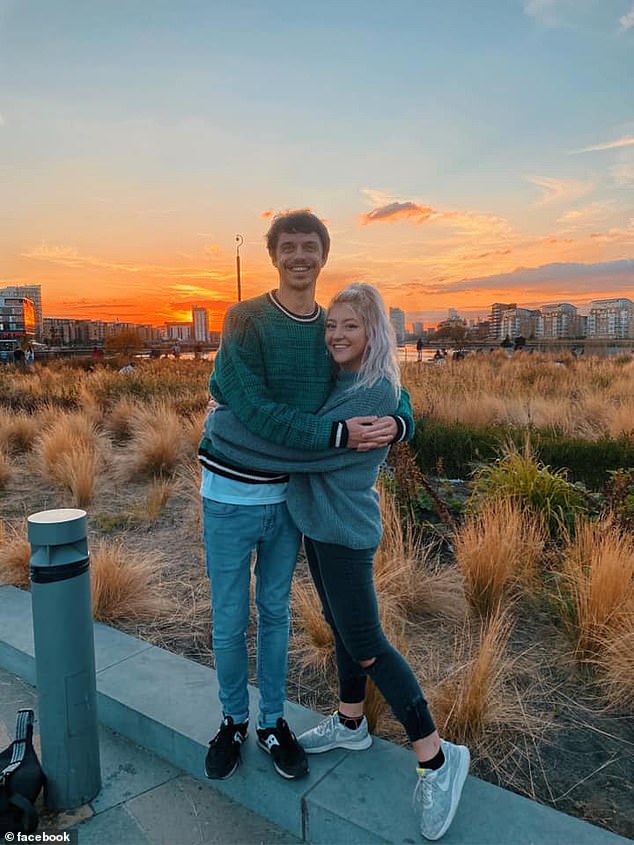 Hairdresser Anna Hosey, 26, from Chicago, liked the look of Adam, a graphic designer,(pictured together) and they began talking every day when he reached out to her 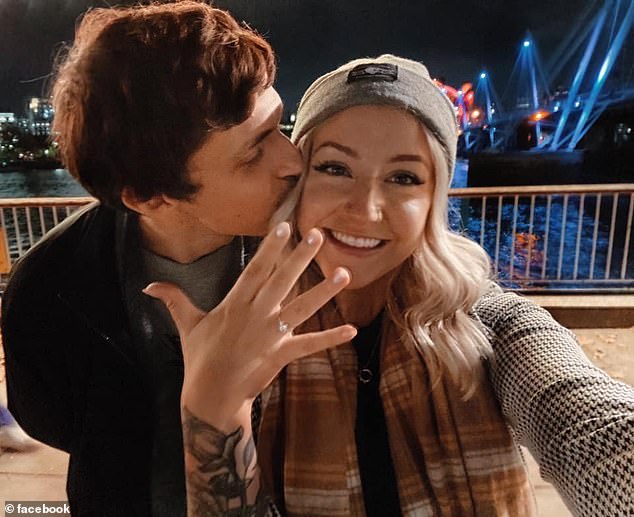 A year after they first spoke, Adam popped the question to Anna who moved to London from the US when the pandemic hit. Pictured, the happy couple after Adam proposed

After speaking on the phone and texting for two months, Adam decided to board a plane and visit hairdresser Anna.

When he eventually returned home they continued to date long distance but when his next flight out to the US was cancelled due to the pandemic, Anna decided to come to England instead.

Since she flew over, Anna moved into Adam’s flat permanently – with the pair getting engaged a year after they first spoke.

Adam said: ‘I knew Anna was leaving and I wanted our relationship to carry on so I just decided to propose. 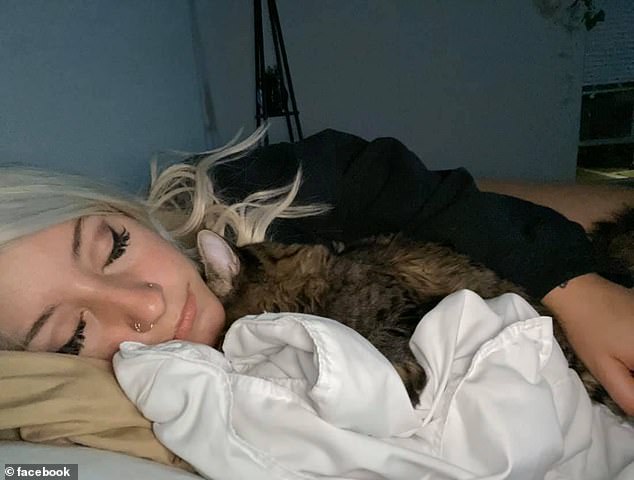 After speaking every day and meeting in Chicago, Anna decided to move to London permanently and she plans to have her cat Kidden, pictured together, make the big move soon too 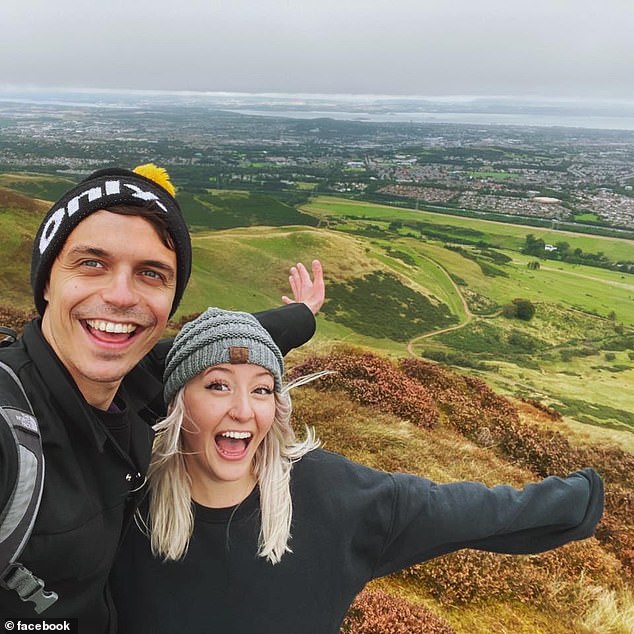 ‘My friends and family all love her. I don’t usually date, I haven’t had that many relationships.’

Anna explained after she commented that Adam was cute, he sent her a private message to tell her he thought she was cute too – suggesting they meet up if he were ever to go to the US.

Before long they were speaking every day, with their first call lasting five hours, and discovering they had a lot of similar interest.

The couple are planning to get married in London and Anna’s cat Kidden is moving to the UK with her soon too.