Britney Spears’ mom reacts to wedding after not receiving invitation

Britney Spears ‘had a panic attack’ before Sam Asghari wedding

Britney Spears celebrated her marriage to Sam Asghari by dancing the night away in her undies.

The pop star, who tied the knot on June 9, revealed via Instagram on Saturday that she wore her “first diamond thong” during the star-studded reception.

Spears, 40, let fans in on the intimate secret when she shared a video of herself dancing in a black blazer, which left little to the imagination.

The long-sleeved, super-short tuxedo dress featured a glittering silver trim and button detail at the front. She completed the sexy look with her tresses styled in long, loose waves.

Meanwhile, Asghari, 28, spent the ceremony in a tee emblazoned with “Britney & Sam” and black pants. He couldn’t seem to wipe the smile off his face the entire night. 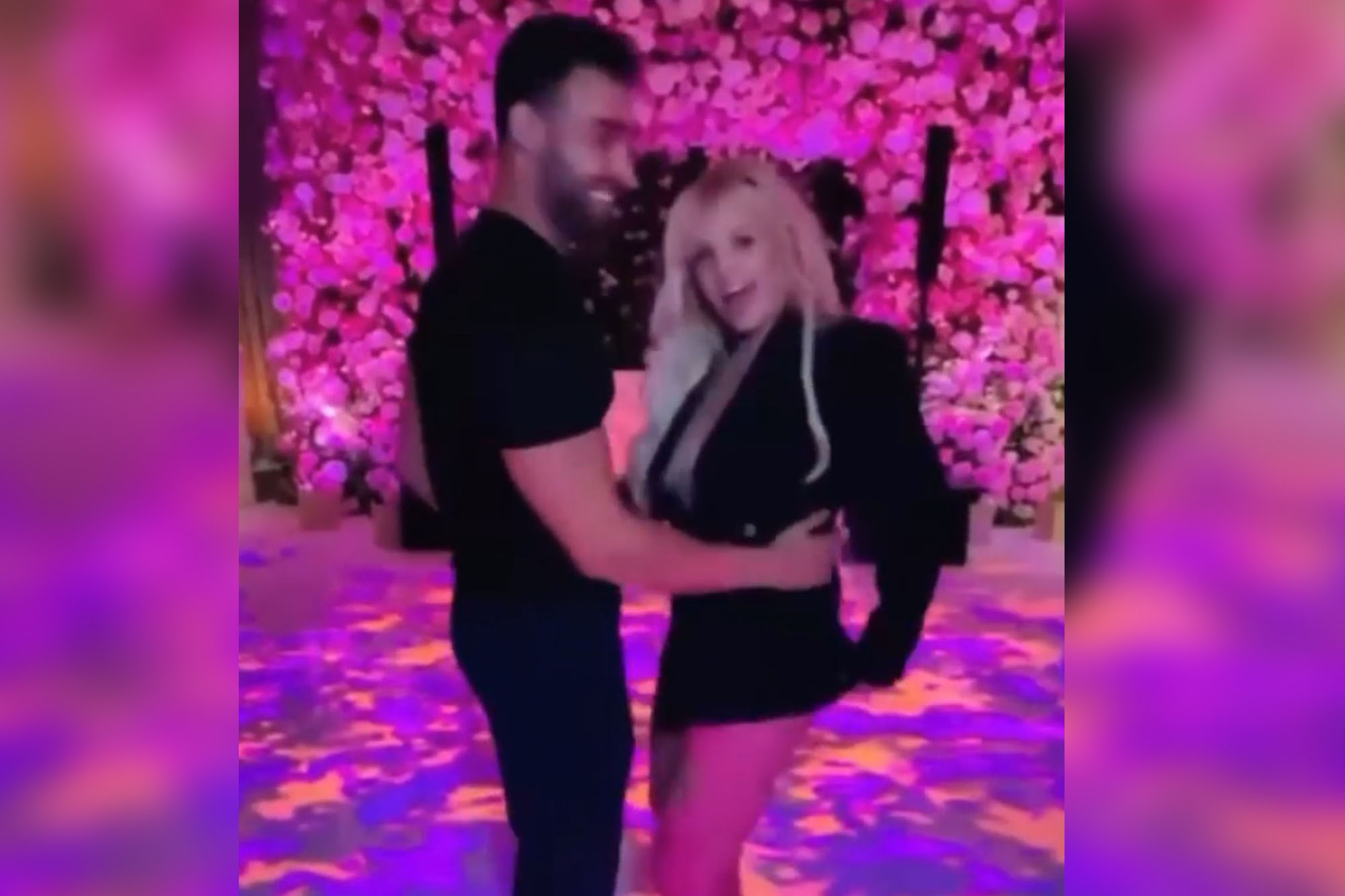 “How surreal would that be! Jamming to Madonna and Madonna is there lol,” one fan commented, with another adding, “Ok. That’s pretty rad. Madonna dancing to her own song at your wedding. Wow.” 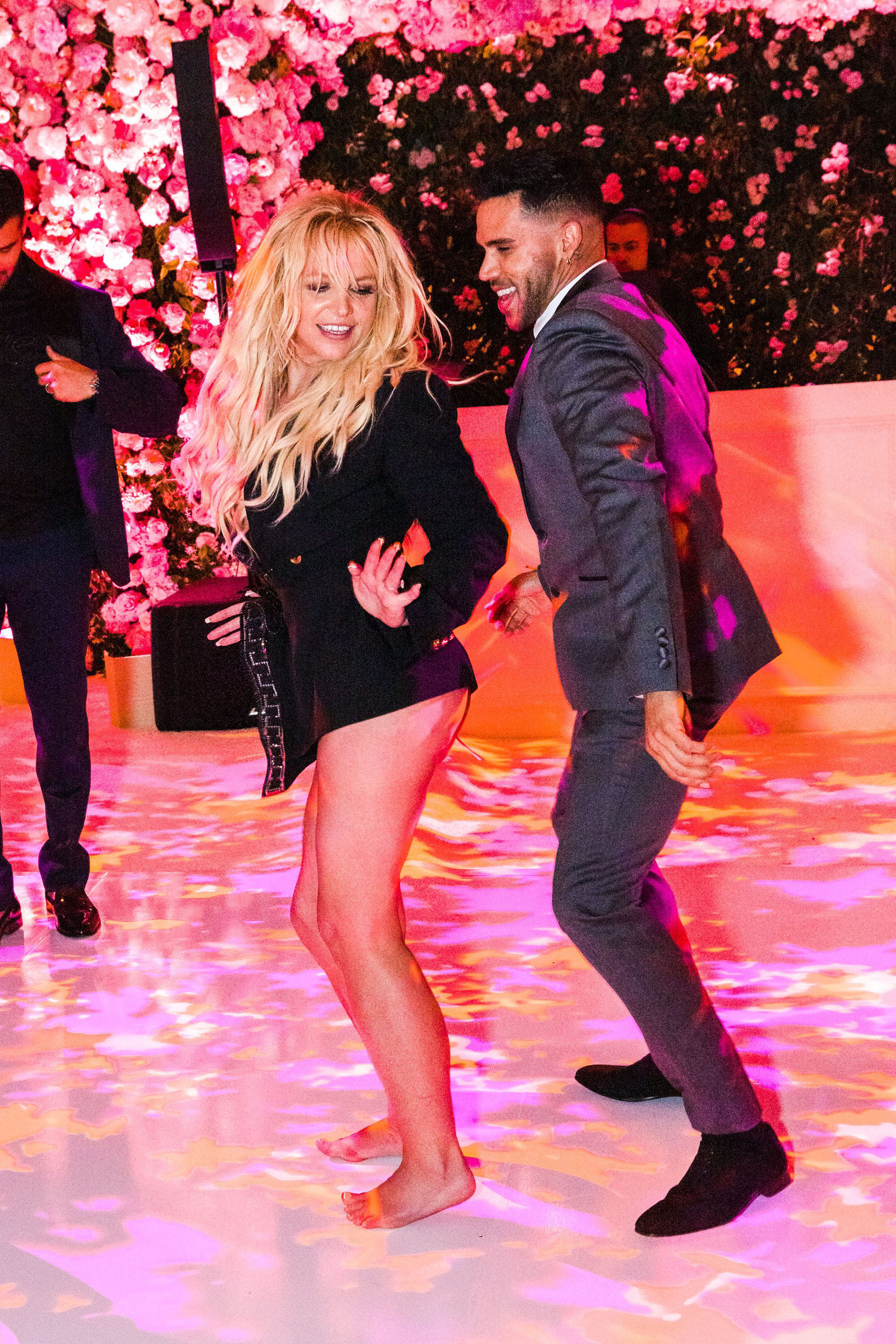 Paris Hilton, Selena Gomez, Drew Barrymore and Donatella Versace – who designed Spears’ wedding dress – were among the celebs in attendance.

“So many incredible people came to our wedding and I’m still in shock !!!” Spears gushed in another post shared to Instagram.

“@drewbarrymore my girl crush and @selenagomez who btw is way prettier in person if that’s possible both came !!! I was speechless … I kissed @madonna again and we danced into the night with @ParisHilton.” 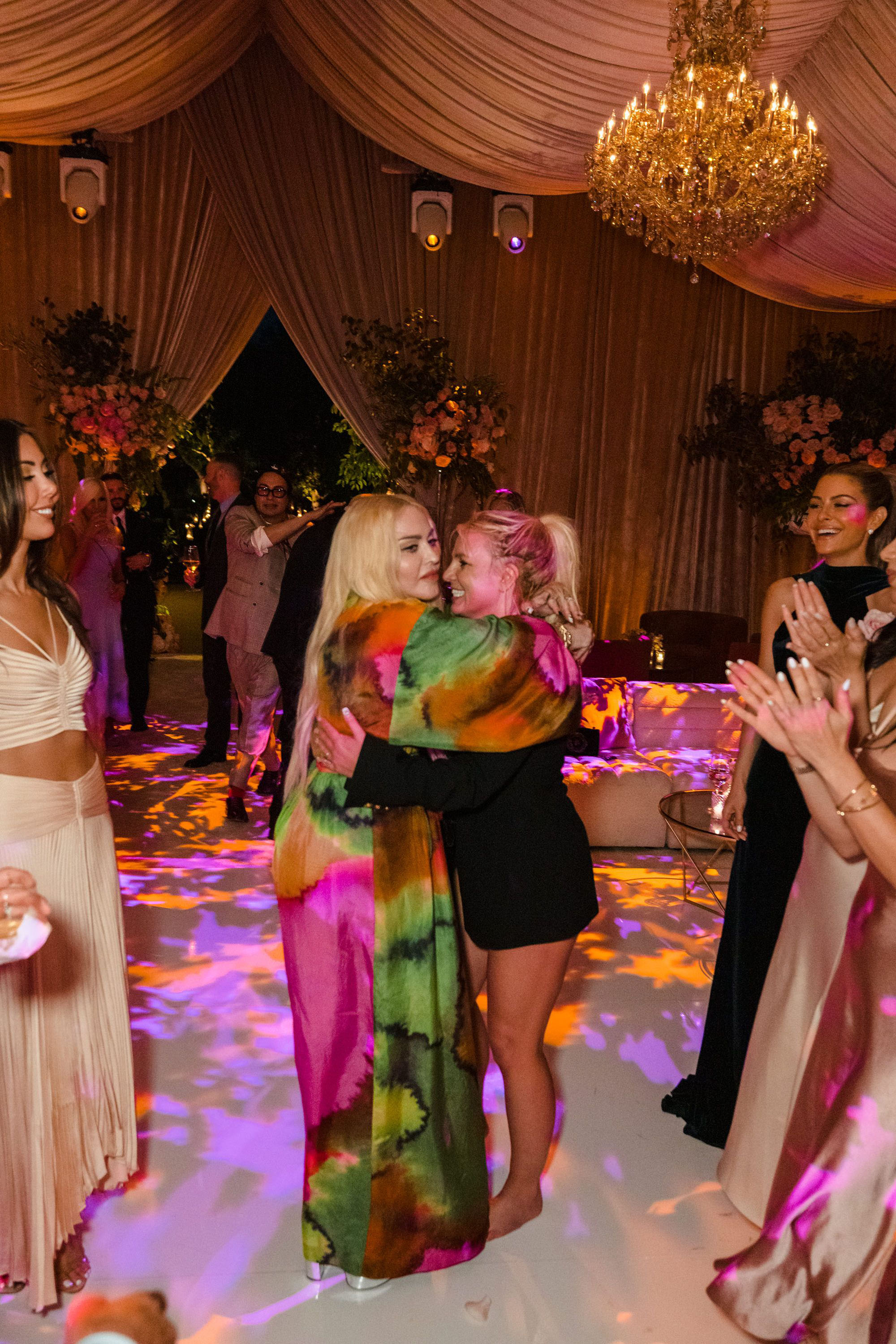 Notably missing from the nuptials were the singer’s parents, Lynne and Jamie Spears, who did not score an invite following their falling out with the singer over her conservatorship, which was terminated in November 2021.

“You look radiant and so happy!” Lynne commented on Britney’s Instagram post from Friday. “Your wedding is the ‘Dream’ wedding! And having it at your home makes it so sentimental and special! I am soooo happy for you! I love you!” 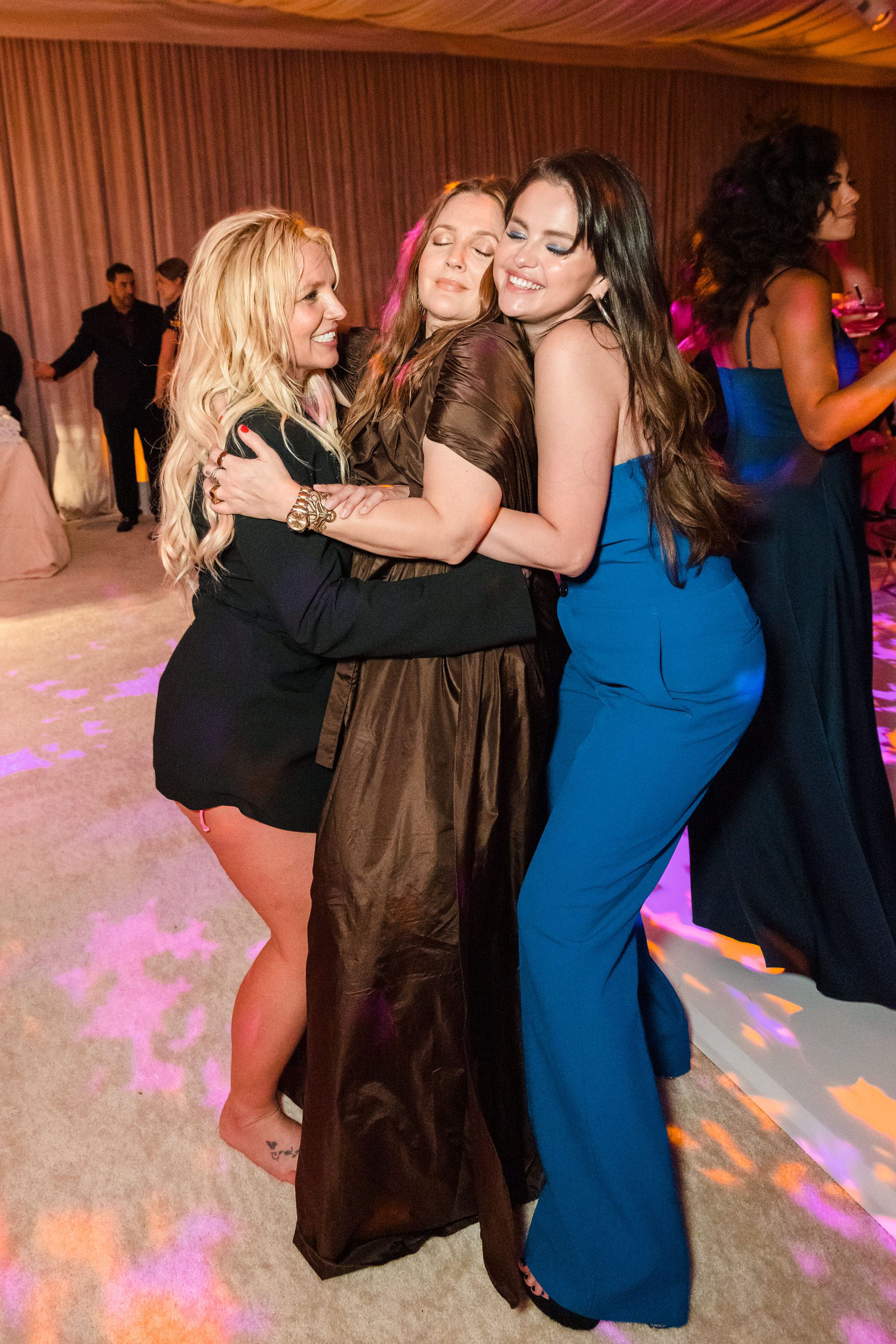 Britney and Asghari met in October 2016 on the set of her music video for “Slumber Party.”

The two made their romance public in January 2017 and became engaged in September 2021.