The Immersive Van Gogh Exhibit in Los Angeles had quite the starry night when Britney Spears stopped by for a private tour on Wednesday.

The pop star, 39, brought along her sons, Sean Preston, 16, and Jayden James, 15, as well as her longtime agent and friend, Cade Hudson, for a rare, fun-filled night out.

“Me and my boys last night 💋💋💋,” Spears captioned a since-deleted Instagram post on Thursday showing herself standing between her teenage boys, both of whom are now taller than her.

The “Toxic” singer wore a brown blouse with white polka dots on it, while Preston and Jayden kept it casual in a black puffer jacket and an oversize hoodie, respectively. 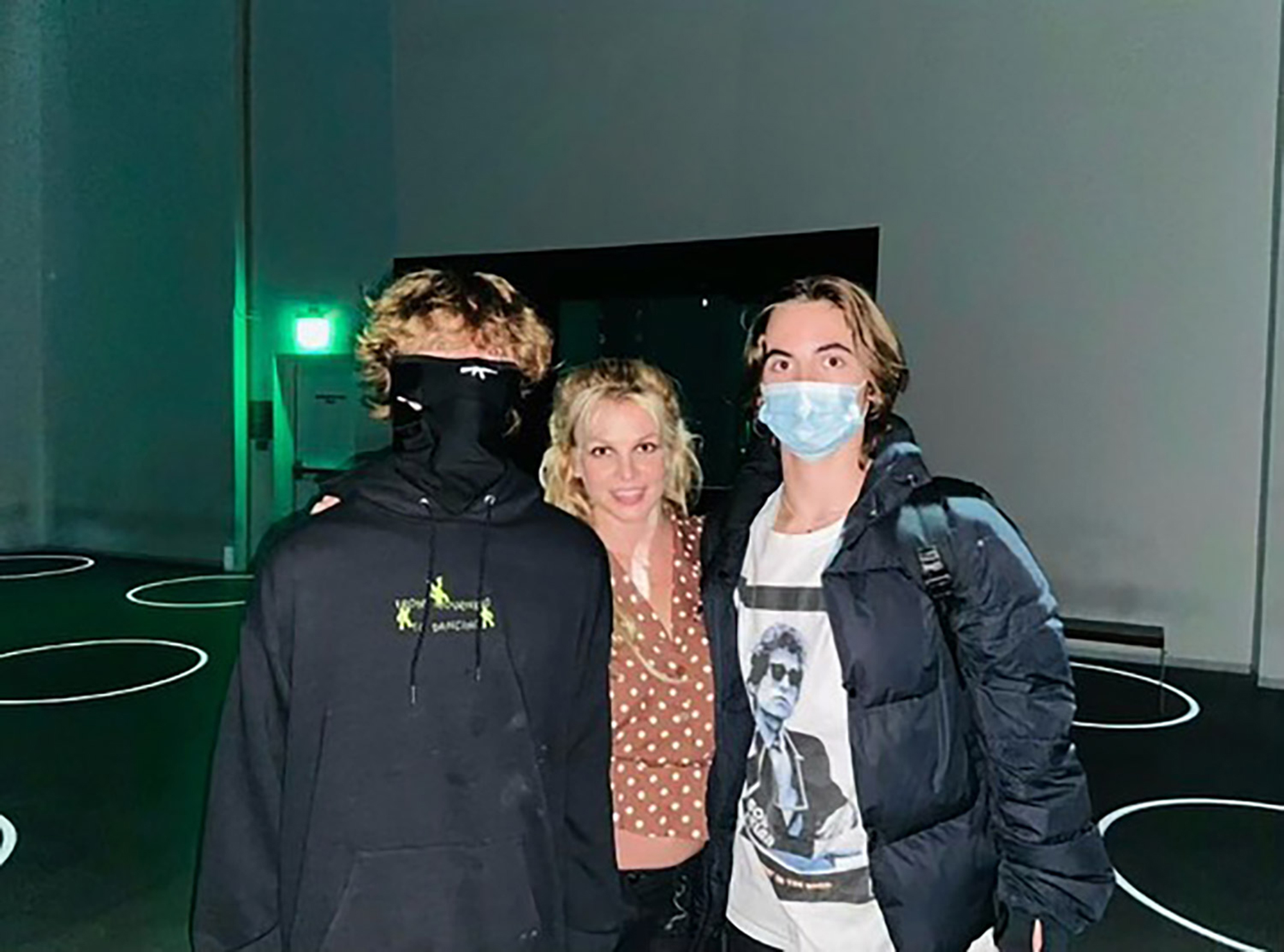 The Grammy winner, who has threatened to sue her family over her ongoing conservatorship, noted that she “went with the people who would love me anyways no matter how silly I acted when I opened my mouth.”

She concluded her post, “don’t worry it was VIP so nobody else was there … we got to really play !!! Thank you #VanGoghLA for my backpack 🎒 and the cool cupcakes🧁😋 !!!”

Spears, who shares her sons with ex-husband Kevin Federline, has seemed more like her old self in recent months as she continues to gain more freedom. 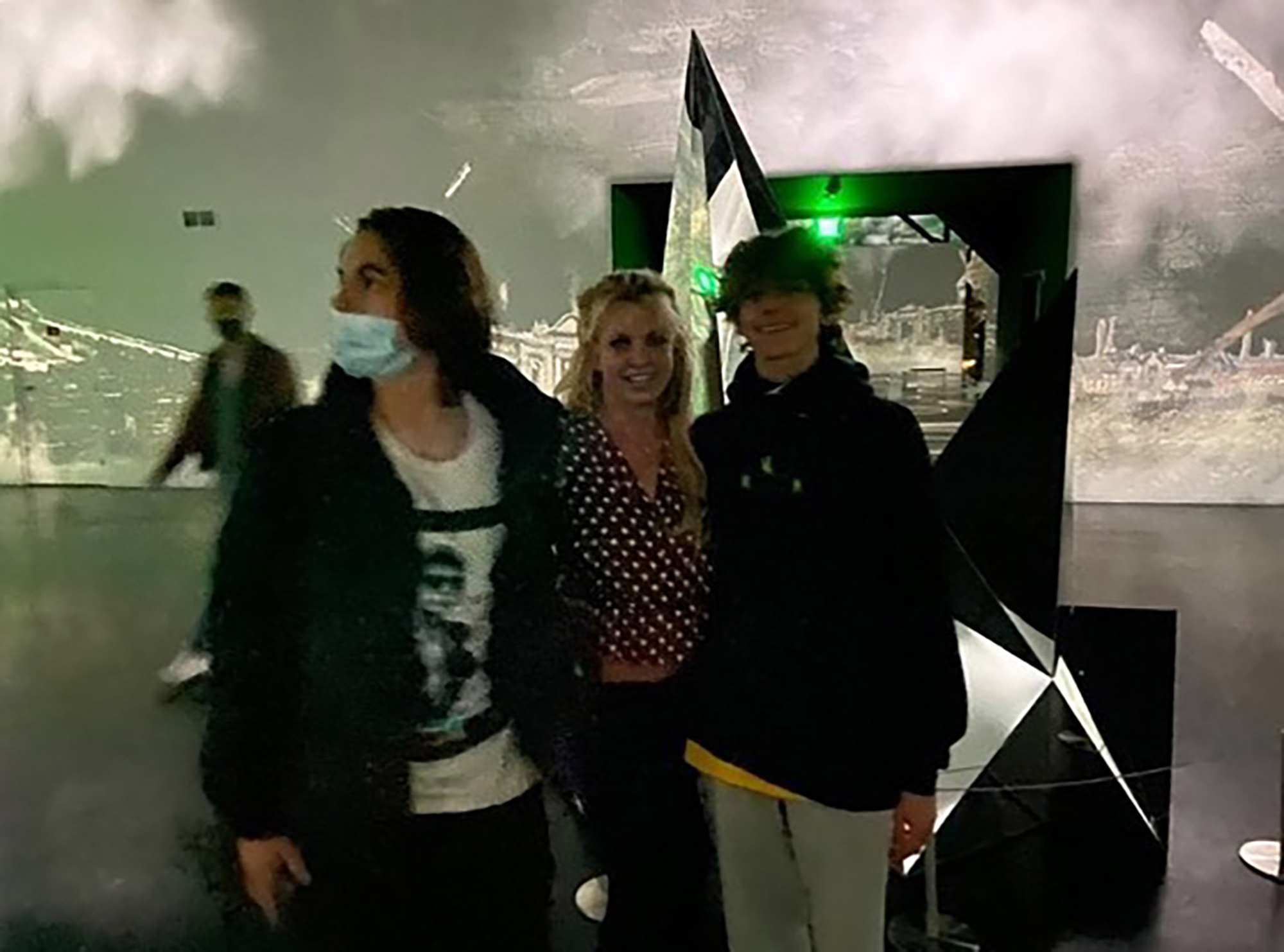 After testifying in court in June that she was “traumatized” and “depressed” over the “abusive” conservatorship that she has been under since February 2008, the entertainer’s estranged father, Jamie Spears, was suspended in September from overseeing her estimated $60 million estate.

The next hearing in the case is scheduled for Nov. 12 and could result in the termination of the restrictive arrangement.