Check out what’s clicking on FoxBusiness.com.

The billionaires who formerly owned Brooks Brothers' are being accused of pushing the over 200-year-old retailer into bankruptcy to escape losing millions in selling it off to an investor.

The suit, filed on behalf of its longtime supplier TAL Apparel and Castle Apparel Limited, claims that its former Chief Executive Claudio Del Vecchio and his son Matteo Del Vecchio, who was the company’s former chief administrative officer, "breached their obligations and abused their position of power at Brooks Brothers" by putting their "own financial interests ahead of those of the Company."

In 2016, the Del Vecchios, who gained control of the company in 2001, approached TAL to invest $100 million into Brooks Brothers under an agreement that the family-run garment manufacturing company would be "made whole" of their investment if the company was ever sold off for less than $652 million.

This investment – however – is "now nearly worthless" now that the company had declined any sale and instead sought protection in bankruptcy court, the suit claims. 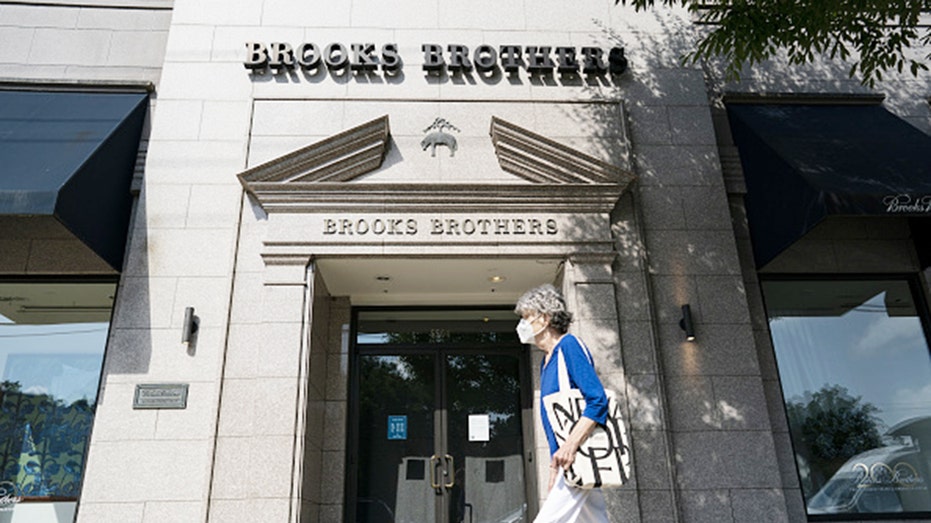 A pedestrian wearing a protective mask walks past a Brooks Brothers store in Chevy Chase, Maryland on July 7, 2020. (Alex Edelman/Bloomberg via Getty Images)

According to the suit, the Del Vecchios refused to pursue "several bids for the purchase of Brooks Brothers in 2019" — well before the pandemic toppled major retailers — because they would have been obligated to hand over hundreds of millions of dollars to Brooks Brothers’ shareholders, including TAL.

In July 2020, the company, which survived two world wars, the Great Depression and even managed to stay afloat as dress standards eased in offices, filed for bankruptcy and announced that it would permanently close more than a quarter of its 200 stores.

The Del Vecchios allegedly refused to consider selling the iconic retailers unless TAL reduced or waived its make-whole right.

"When TAL refused to give up its contractual rights, the Del Vecchios threatened to "roll the dice" by throwing Brooks Brothers into bankruptcy and selling the Company as part of those proceedings," the lawsuit stated.

The suit further alleged that the family "made good on their threat" and the company was "sold for a fraction of the price set forth in the 2019 bids," whipping out TAL’s equity position.

As a result, Del Vecchios "breached their fiduciary and contractual obligations to TAL," according to the suit.

A person close to the Del Vecchios told Reuters that the "allegations in the complaint are false" and "expect the court will dismiss the case."

TAL is seeking $100 million in damages.