Influential academic Marcia Langton says she is very happy with the government’s funding commitment towards the Indigenous Voice process in the federal budget, but Labor says it’s just an empty promise designed to get the Coalition through the election.

The federal budget set aside $31.8 million dollars to establish 35 local and regional Voice bodies across the country over the 2022-23 financial year. 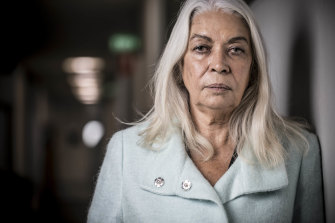 Professor Marcia Langton was one of the lead author’s into the Voice co-design report.Credit:Arsineh Houspian

Professor Langton, a descendent of the Iman people and one of the lead authors of a report into the government’s co-design process, said it is a significant step forward.

“I very much welcome the funding of this part of the initiative because it’s tremendously important that we engage the state, territory, and local governments in the process of establishing and recognising the local and regional Voices,” she said.

“The majority of the government funding comes through the state, territory, and local governments, and what they’re responsible for funding are the issues of greatest concern to all of the local people that we spoke to in our many consultations such as housing, education, health.”

The government had planned to create the initial Voice bodies by the start of July, but that timeline appears unlikely given the limited sitting days left to pass legislation before the upcoming election. 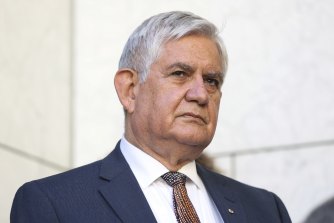 Indigenous Australians Minister Ken Wyatt had previously promised to establish a Voice before the election.Credit:Alex Ellinghausen

Minster for Indigenous Australians Ken Wyatt had also previously promised to establish a Voice to Parliament before the election, due by May, but backflipped on the commitment last August.

Labor spokeswoman for Indigenous Australians, Wiradjuri woman Linda Burney, said the government was not serious about the process.

“The simple fact is the government promised to implement a Voice to Parliament this term, and they failed … a government committed to the Voice would have tried to pass legislation to support their own local Voice process,” she said.

Ms Burney also raised concerns over the lack of funding assigned to the Voice over the coming years in the budget, with the only funding commitment for the 2022-23 financial year.

“Indigenous Australians can see this budget and the spending measures in it for what they are. They know that promises from this government don’t mean anything, and that this budget is purely about getting the government through the election,” she said.

Torres Strait Islander man Thomas Mayor, an advocate for the Uluru Statement from the Heart and Indigenous officer at the Maritime Union of Australia, argued the lack of funding committed towards a national Voice showed a failure of vision from the government.

“We’re only talking about … one year for a local and regional voice, it misses the mark by a long way,” he said.

He urged the government to enshrine a Voice to Parliament in the constitution, rather than just legislating bodies. Labor has committed to holding a referendum on the issue.

The contingency reserve is an allowance that reflects anticipated events and can only be drawn upon once they’ve been appropriated by Parliament.

A referendum on the issue has been a policy of both major parties since 2007, but it has remained a divisive issue in the Coalition party room.