THERE is more good news for tourists – prices are down in three out of four destinations as resorts try to draw in visitors.

A stronger Pound also helps, with sterling up against the euro, the annual holiday costs barometer from Post Office shows. 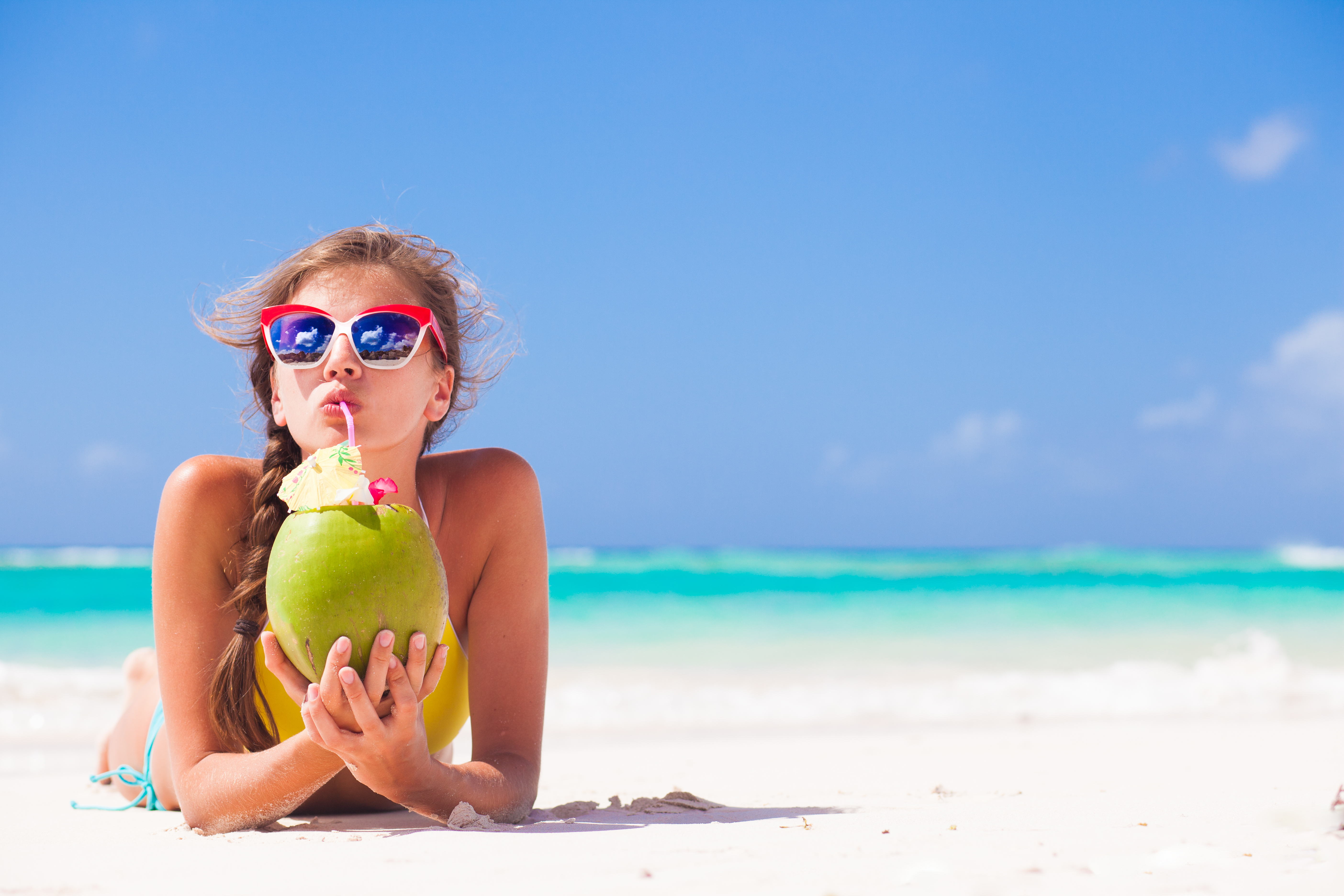 The yearly guide gives a comparison for common spends, such as meals and drinks, suncream and insect repellent, in different countries.

Portugal is one of the few regular destinations on the green list of approved countries for foreign holiday travel. It is the third cheapest out of 46 resorts, after Bulgaria and Turkey.

British travellers will still have to wait for hotspots such as Spain and France to be added to the green list. 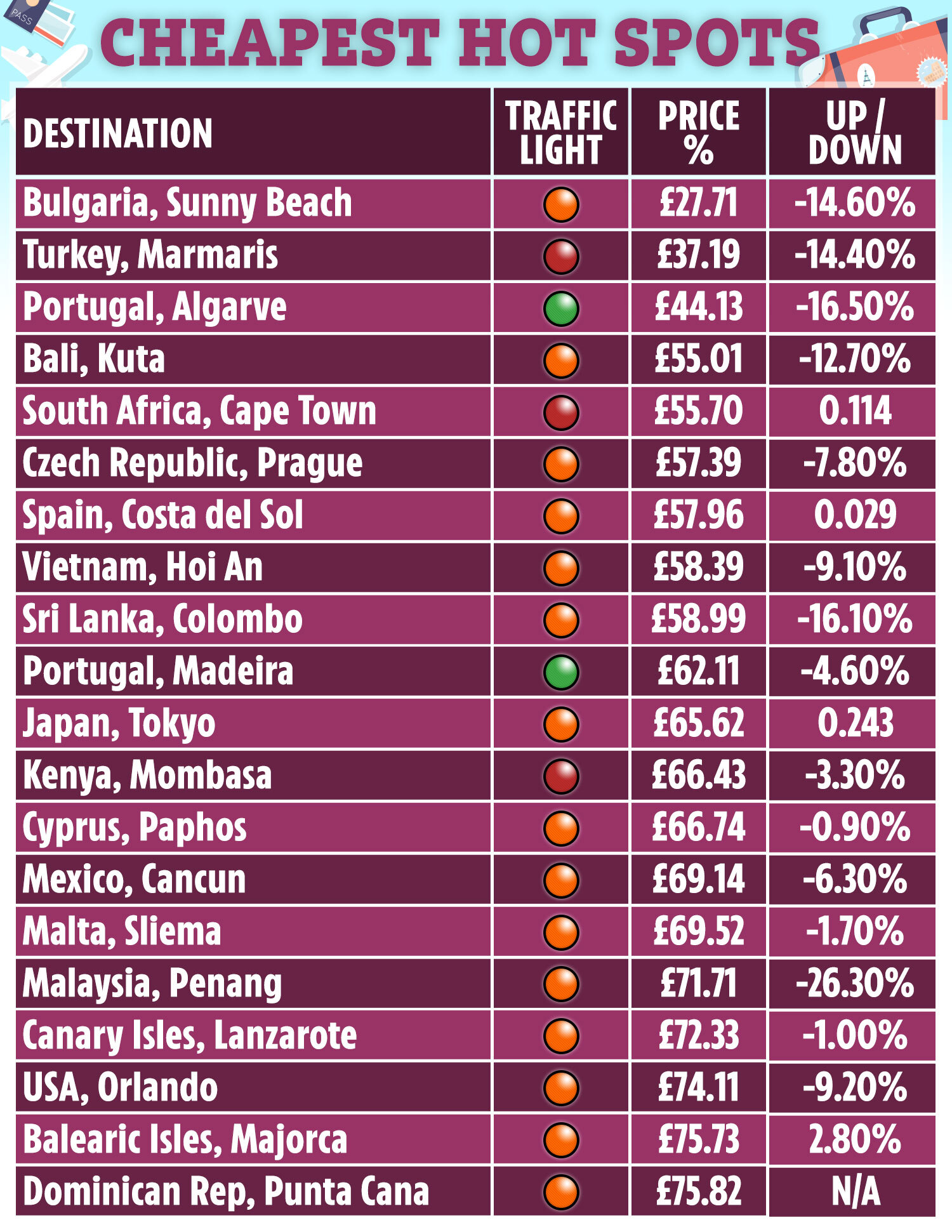 Families have been warned to shop around, as the research shows resorts we think are the best value often are not.

When holidaymakers were asked to name the destinations which they believed offered good value, Portugal, Greece and Spain were in the top three. But Greece is down to 23rd place.

Prices have fallen in more than three-quarters of the 37 destinations also surveyed in 2020 — by over ten per cent in a third.

Post Office Travel Money says this is due to volatility in currency values and in local costs of meals and drinks — the items which are most likely to dent the holiday budget.

Prices in the resort of Tamarindo have dropped by a third, on top of a fall in the value of the Costa Rican colon.

Bulgaria, on the amber list and not yet approved for holiday travel, is cheapest for eight tourist staples for the fourth consecutive year.

Already low prices in the Black Sea resort have fallen a further 14 per cent to £28 since last spring.

That’s a quarter cheaper than runner-up Marmaris in Turkey, 14 per cent cheaper year-on-year.

Portugal’s Algarve completes the top three with the 16.5 per cent fall to £44 firming up its position as the eurozone’s cheapest resort.

We list the top 20 cheapest destinations and look at the best five and worst places for each category. 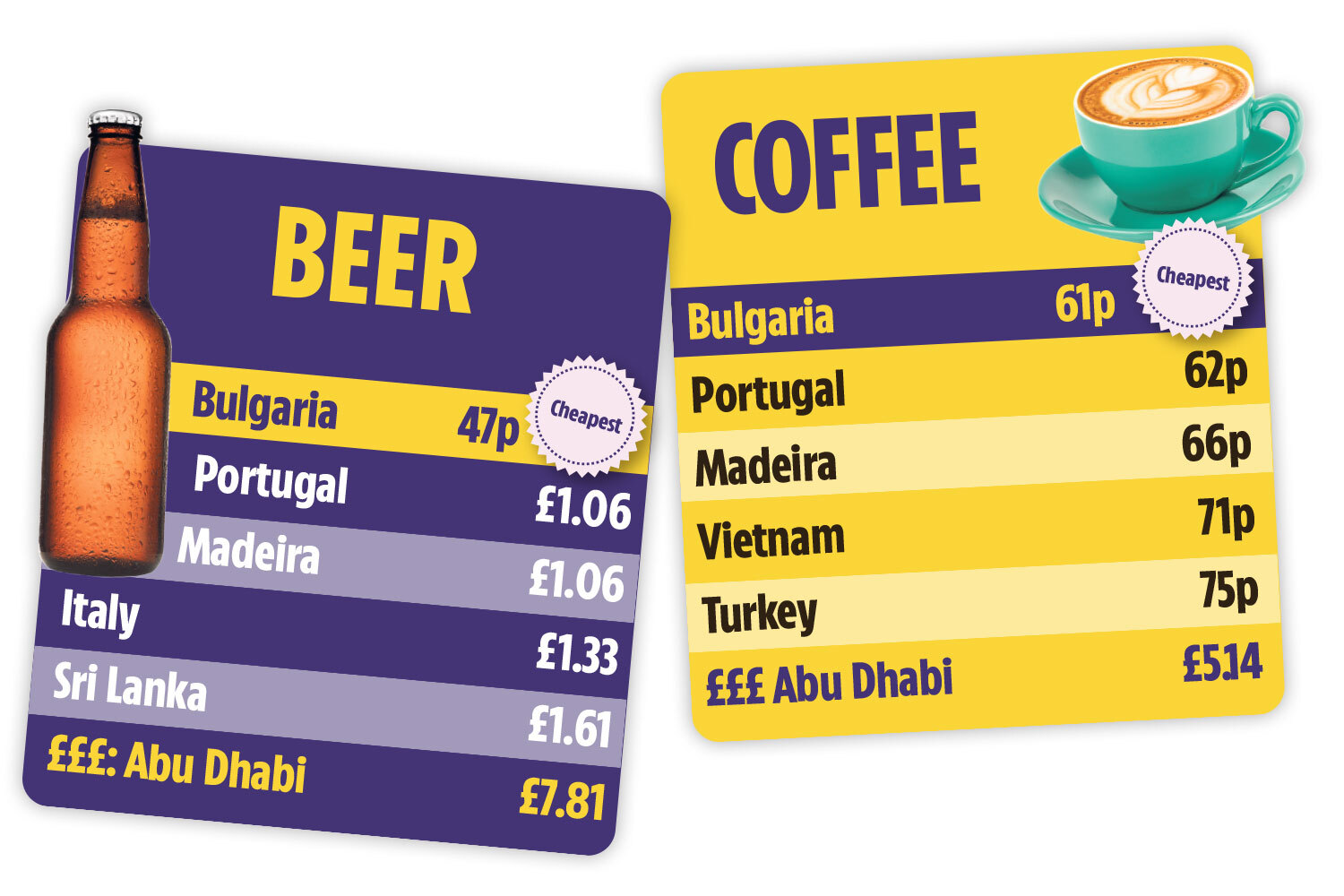 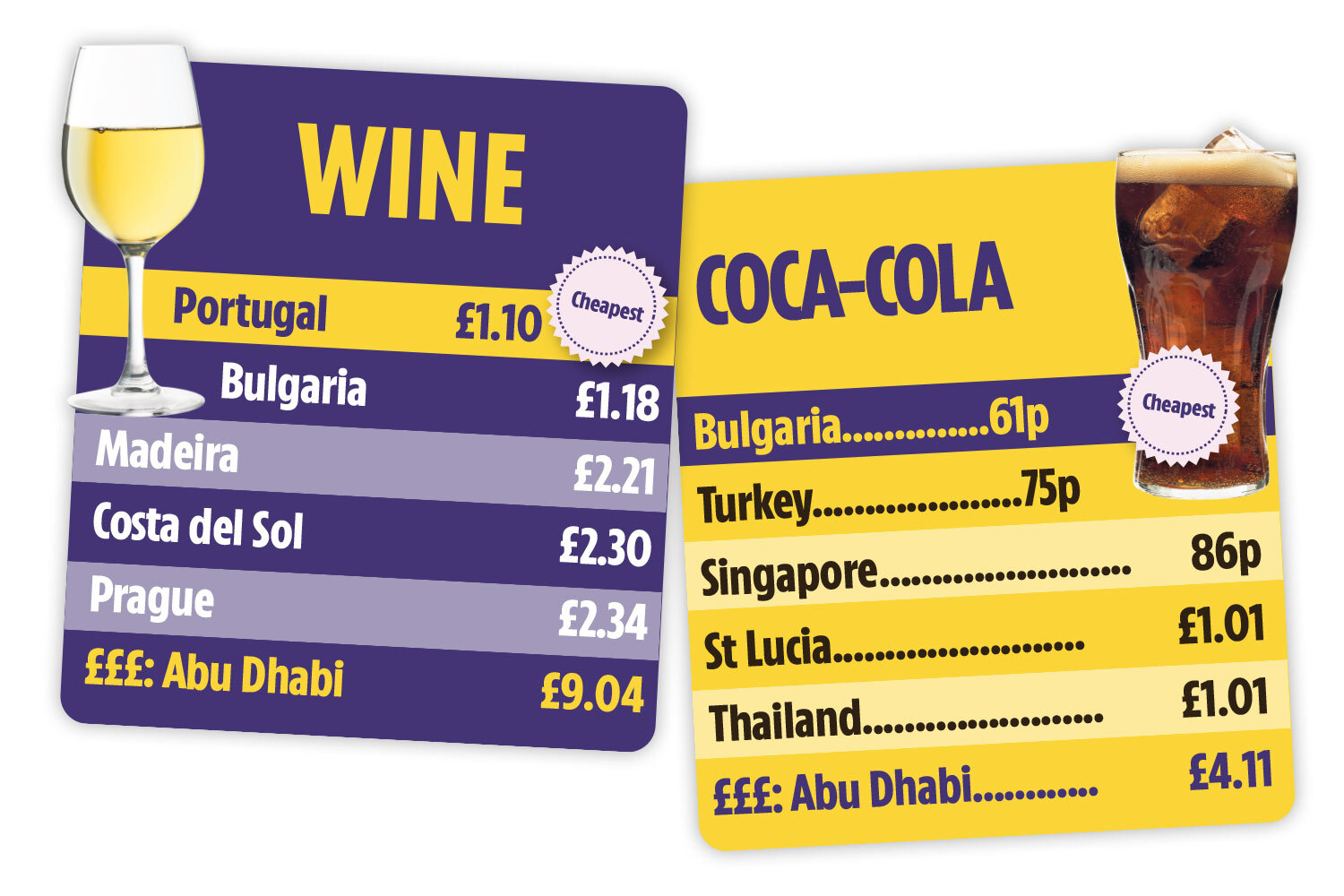 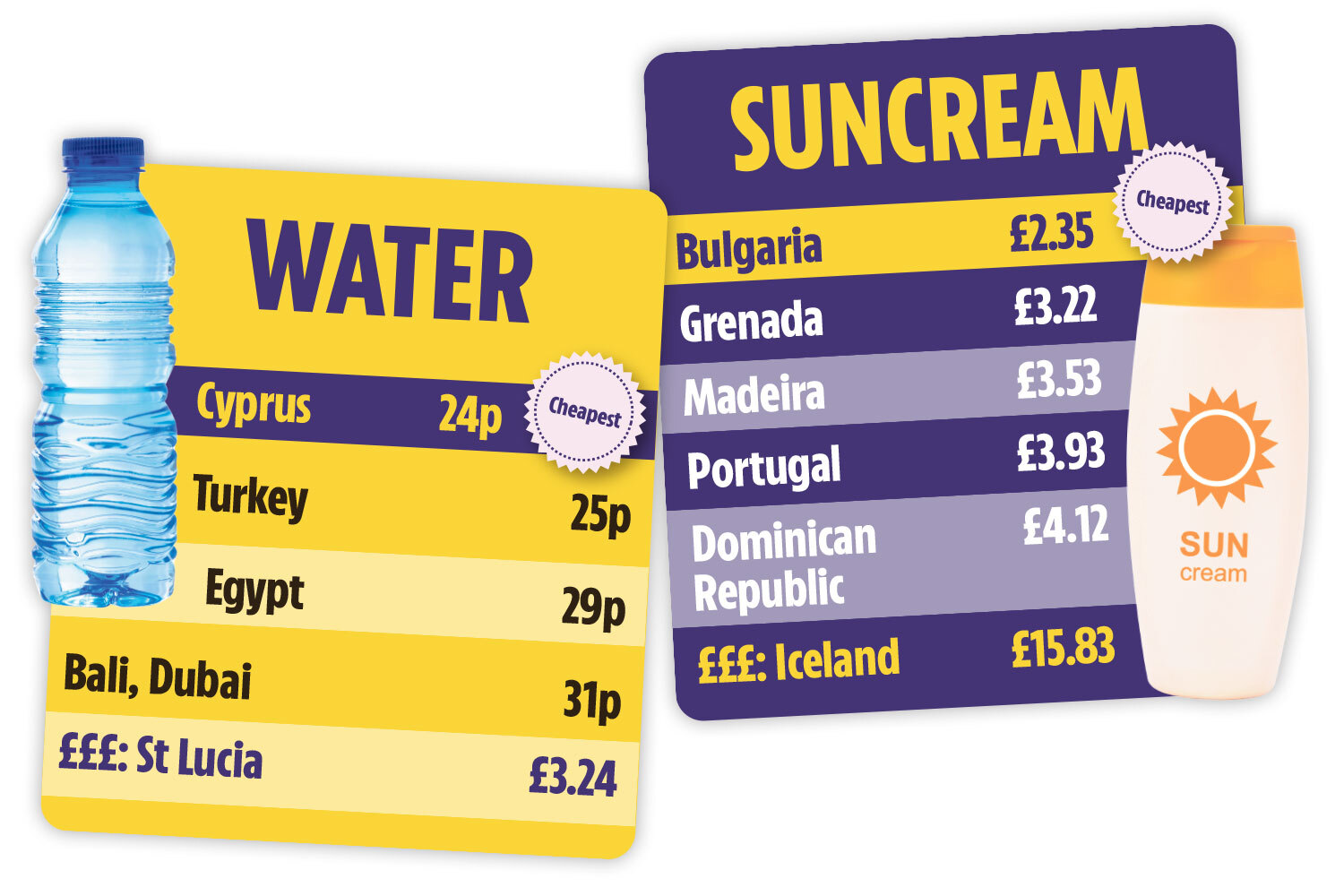 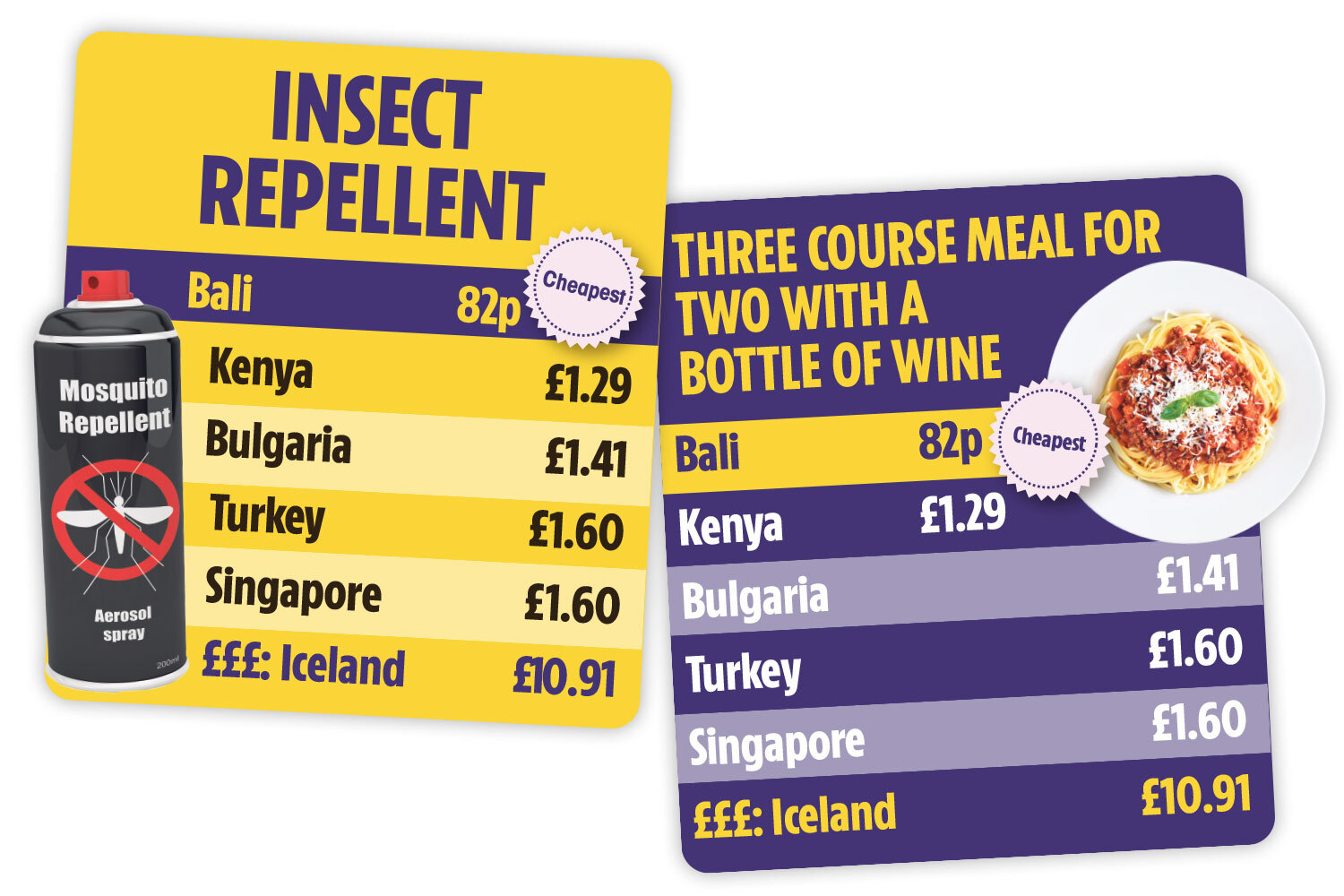