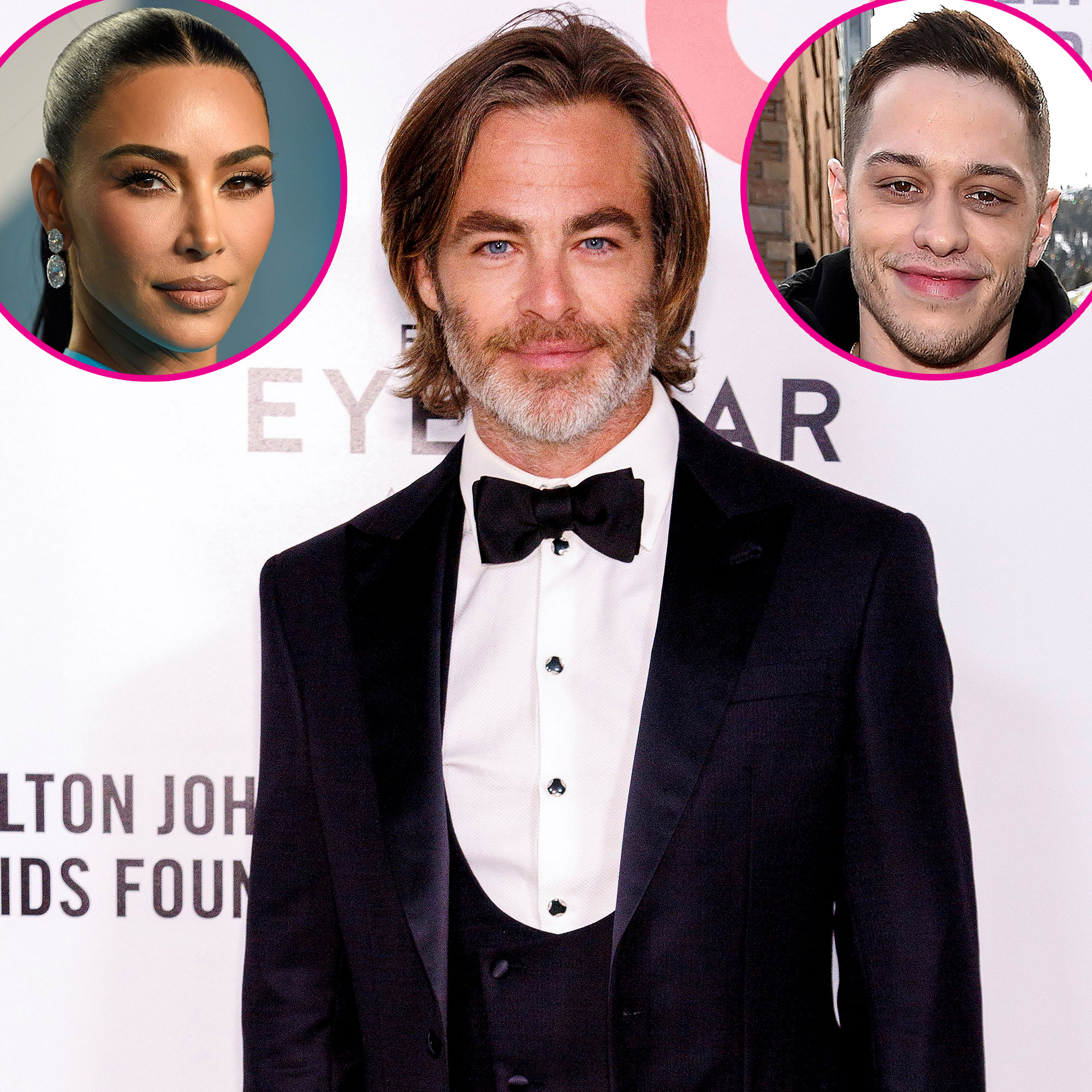 Can’t stop keeping up! Ever since Chris Pine traded his faithful flip phone for an iPhone, he hasn’t been able to get away from headlines about Kim Kardashian’s romance with Pete Davidson.

“I had a flip phone for four years [or] three years and then I just got an iPhone because I felt pummeled by how difficult being analog [was],” the Wonder Woman star, 41, admitted during a Wednesday, March 30, appearance on Josh Horowitz’s “Happy Sad Confused” podcast. “It was very difficult, but having just gotten this crack machine, it’s really bad.”

Pine revealed that he used to read “so many books” in his spare time — until his iPhone came into his life. “I was f—king murdering these books, just 15 books in, like, three months, and then [my iPhone] shows up and I could tell you everything about Pete Davidson and Kim Kardashian,” he joked. “[And] not a f—king thing about literature.”

While Horowitz attempted to point out that the Princess Diaries 2 actor now has access to the likes of Wordle, TikTok and plenty of other apps, he notably groaned. “F—k you,” Pine jokingly said. “I just want to vomit. Ugh, I hate myself. Such self-loathing.”

The California native was an avid flip phone advocate before switching to his new smartphone.

He quipped: “I don’t know if you remember like T9? Like, you remember when you had to do that T9 thing, wow!”

While Pine hasn’t had much time to catch up on his reading list, he’s the latest star to discuss learning about the latest relationship milestones between the Skims mogul, 41, and the Saturday Night Live star, 28. After the twosome were first linked in October 2021 following her SNL hosting debut, they confirmed their romance one month later. Davidson even got several tattoos — and branded her name on his chest — in his girlfriend’s honor.

“He has a few tattoos, a few cute ones that he got [for me],” Kardashian said during an interview on The Ellen DeGeneres Show earlier this month. “I think my favorite one, it says [on his collarbone], ‘My girl is a lawyer.’ And that one’s really cute.”

The mother of four — she shares North, 8, Saint, 6, Chicago, 4, and Psalm, 2, with estranged husband Kanye West — continued: “That’s what tattoo people do. They get tattoos of what’s going on in my life, so I was like, ‘Am I something special?’”