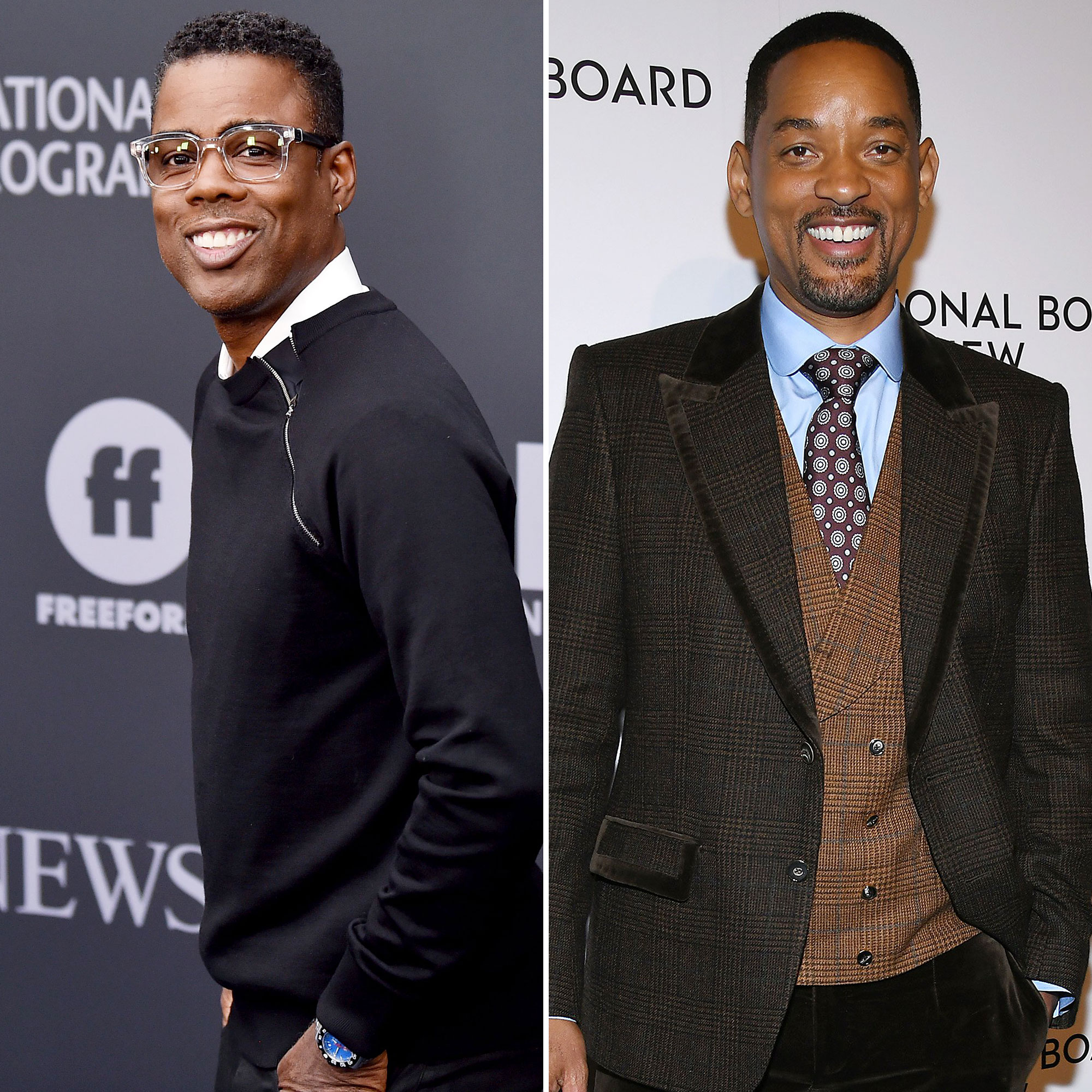 Finding the funny side. Chris Rock referenced Will Smith slapping him at the Oscars while headlining a stand-up show alongside Kevin Hart.

“Anyone who says words hurt has never been punched in the face,” the comedian, 57, joked during his set at the PNC Bank Arts Center in Holmdel, New Jersey, on Sunday, July 24, an eyewitness exclusively told Us Weekly. During the show, Rock also referred to Smith, 53, as “Suge Smith,” a possible reference to the currently-incarcerated Death Row Records CEO Suge Knight.

Later, during a sketch about people being overly sensitive and playing the victim, Rock declared, “I’m not a victim, mother–ker,” before joking that he “shook that s–t off” and returned to work. “Yeah, that sh-t hurt, motherf–ker,” he continued. “But I shook that sh-t off and went to work the next day … I don’t go to the hospital for a papercut.”

What Does Will Smith’s Academy Resignation Mean After Oscars Incident?

The performance comes four months after the King Richard star slapped Rock in the face during the 2022 Academy Awards ceremony. The Madagascar star was presenting when he made a joke about Smith’s wife, Jada Pinkett Smith starring in G.I. Jane 2, a reference to her bald head. (The actress, 50, suffers from alopecia.) The Oscar winner then stormed the stage and hit Rock, before returning to his seat and yelling for him to “keep my wife’s name out your f—king mouth.”

In the wake of the incident, the Hitch star issued a public apology for his “unacceptable and inexcusable” actions one day after the awards show. “I would like to publicly apologize to you, Chris. I was out of line and I was wrong. I am embarrassed and my actions were not indicative of the man I want to be. There is no place for violence in a world of love and kindness,” he wrote via Instagram at the time. Smith later resigned from the Academy and was barred from participating in all Oscars-related events, including next year’s ceremony, for 10 years.

Rock, for his part, sarcastically said that “he’s had an interesting week” during an appearance in Atlantic City, New Jersey, on April 2. “Everyone laughed because they knew what he was referring to, of course,” a source told Us at the time, noting that the performer said he was “still processing” recent events. “He made a joke about how Atlantic City is too close to Philly for him to get into it. The general vibe of the comment was that Atlantic City could be hostile territory because it’s so close to Philly. It was said in a casual joking way and everyone laughed.”

The following month, Rock referenced the incident more explicitly while assuring audiences that he’s “OK” after the slap. “[I] got most of my hearing back,” the South Carolina native said during a stand-up set in May 2022 at London’s Royal Albert Hall. “Don’t expect me to talk about the bulls–t. I’ll talk about it at some point — on Netflix. Your tickets were expensive, but not that expensive.”

In addition to comic work, the Grown Ups actor has been focused on his personal life as he recovers from the incident. Us confirmed earlier this month that Rock is now dating actress Lake Bell. “Chris has been in a really good mood,” a source said at the time. “He’s dating and spending his downtime with Lake Bell. [They] both just laugh a lot when they’re together. They have similar personalities.”