The husband of a Colorado woman who has been missing for nearly a year was arrested on suspicion of first-degree murder and other charges in her presumed death, authorities said Wednesday. Barry Morphew was arrested in connection with the disappearance of Suzanne Morphew as the result of an ongoing investigation that has so far involved over 135 searches across Colorado and the interviews of over 400 people in multiple states, Chaffee County Sheriff John Spezze said.

“Our belief is that Suzanne is not alive at this time,” Spezze said.

Suzanne Morphew’s body has not been found, and the arrest affidavit outlining the evidence leading investigators to believe he is responsible for his wife’s death has been sealed, District Attorney Linda Stanley said. When investigators began asking questions after his arrest, Morphew asked for a lawyer and the questioning stopped, she said. 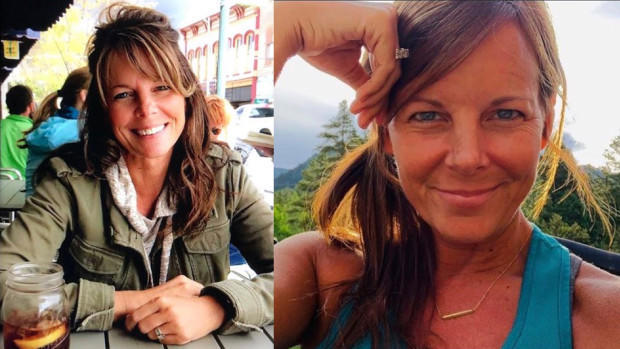 “Today is a good day for Suzanne. As far as I’m concerned this day is all about Suzanne, and her family, and those who loved and cared for her,” said Stanley.

One of two state public defenders who have notified the court that they are representing Morphew, Daniel Zettler, said he could not comment on the case under office policy.

“Today is not the day for celebration nor does it mark the end of this investigation. Rather it’s the next step in this very difficult yet very important journey as we seek justice for Suzanne and her family,” Spezze said.

Suzanne Morphew, the mother of two daughters, disappeared on May 10, 2020, Mothers’ Day, in the Salida area. A few days later, investigators found an item possibly belonging to the 49-year-old woman, but several searches that included waterways did not turn up a body.

A week after she went missing, Barry Morphew posted a video on Facebook pleading for her safe return.

“No questions asked, however much they want, I will do whatever it takes to get you back,” he said.

“I need to find her, need to bring her home, give her a proper burial and closure for my family,” he told KMGH-TV before the Sept. 24 search began. “And that’s my point. I’m not about finding somebody guilty or trying to inflict punishment on anyone. That’s not my job. That’s the law enforcement’s job.”

Suzanne Morphew deeply loved her two daughters and had a passion for life, Spezze said.

“I believe people like Suzanne are a rare find and those who knew her were indeed very lucky,” he said.