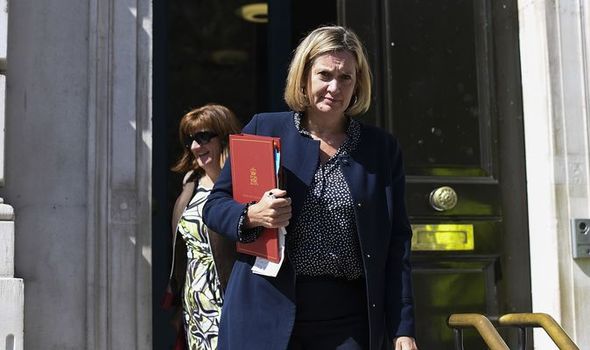 Ms Rudd conceded that more was achieved in the deal than had been predicted by leaders at the Paris COP summit in 2015. She said: “This was a government-to-government, big meeting in order for 197 countries to agree on one text. And it’s worth just digesting that, to think how incredibly ambitious that is.” Ms Rudd, who served as energy secretary from May 2015 until July 2016, believes Swedish activist Greta Thunberg has helped push the issue further up the agenda.

She said: “The democratisation that we’ve got now, which Greta is partly responsible for, where everybody wants an outcome, [although] to a certain extent nobody wants to pay for it, [means] the Government’s had to come to some sort of agreement and that popular pressure around us in Glasgow felt very real.”

Chief executive of the Climate Change Committee Chris Stark agreed with Ms Rudd, saying the conclusion of COP26 on Saturday “was not perfect” but insisted that progress had been made. Mr Stark, whose committee advises the Government, said “it felt like the COP we should have had 20 years ago”.

He said: “We saw huge amount of momentum from commerce, to tackle some of the big issues for the first time. I think that’s because the economics are in a much better place for decarbonisation than they’ve ever been.” Ms Rudd and Mr Stark were speaking yesterday at a virtual talk hosted by The Energy and Climate Intelligence Unit.