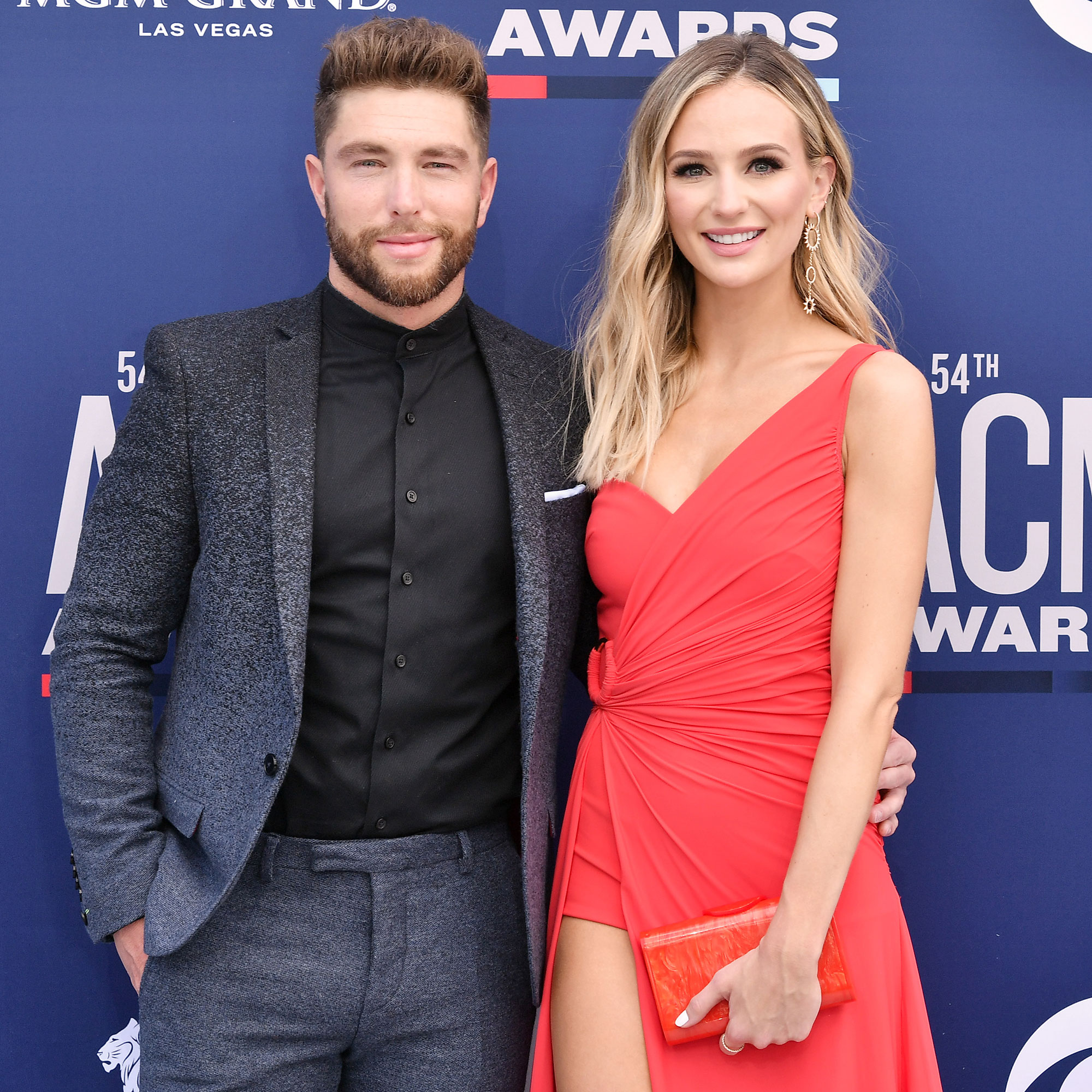 Another country cutie! Lauren Bushnell Lane and her husband, Chris Lane, welcomed their second child together on Sunday, October 16.

Lauren, 32, announced the arrival of their little one in emotional footage she shared via Instagram on Tuesday, October 18. In the video, Chris, 32, is holding their 16-month-old son Dutton while he meets his little brother for the first time. The toddler giggles with glee while his dad places him on the hospital bed so Lauren can cuddle both the newborn and her young son at the same time.

The Bachelor season 20 winner announced in June that she and her spouse were expanding their brood.

“Party of 4, coming October 2022,” Bushnell Lane wrote via Instagram at the time. “I cannot wait to see you as a big brother, Dutty!”

The Washington native and the “Big, Big Plans” crooner previously welcomed son Dutton in June 2021. “Your dad and I can’t get enough of all 9 pounds of you, Bushnell Lane gushed via Instagram at the time. “Now back to baby cuddles and praising Jesus over and over again for this little miracle!! 🙏”

As the former flight attendant and Lane — who tied the knot in October 2019 — balanced raising Dutton and her pregnancy amid his summer tour schedule, they remained excited about their growing brood.

These ‘Bachelor’ and ‘Bachelorette’ Babies Will Melt Your Heart

“It really is crazy [that baby No. 2 is due on our third wedding anniversary],” the “I Don’t Know About You” musician exclusively told Us Weekly in August of their little one’s October 25 due date. “[As] long as baby’s healthy then we will be happy no matter what day. … I just hope it’s not on Halloween. I don’t know if I want to Halloween baby.”

Lane added: “[Parenting] is a lot. We can barely handle the one that we’ve gotten now. He’s a maniac — in the best way. We’re tired now. I can’t imagine how tired we’re going to be with two of them on our hands.”

During her second pregnancy, Bushnell Lane was diagnosed with marginal cord insertion, which occurs when the umbilical cord attaches to the edge of the placenta instead of the middle.

“The first 13 weeks-ish [of my pregnancy] were way worse this time around. I just feel like I was way sicker, I threw up a lot more often, hence the hospital visit,” she explained via her Instagram Story in June, shortly after announcing she was expecting. “Thankfully, now I am feeling so much better. I was recently diagnosed with something called marginal cord insertion. I was incredibly stressed out when my doctor told me that but I’m trying to stay optimistic.”

The Bachelor’s Lauren Bushnell and Chris Lane: A Timeline of Their Whirlwind Romance

While the Ben & Lauren: Happily Ever After? alum noted at the time that her condition was not uncommon, she needed to be closely monitored by her physician.

“She’s doing good,” Lane added to Us in August. “Definitely a lot sicker this time around than she was the first time, but she’s handling it great.”