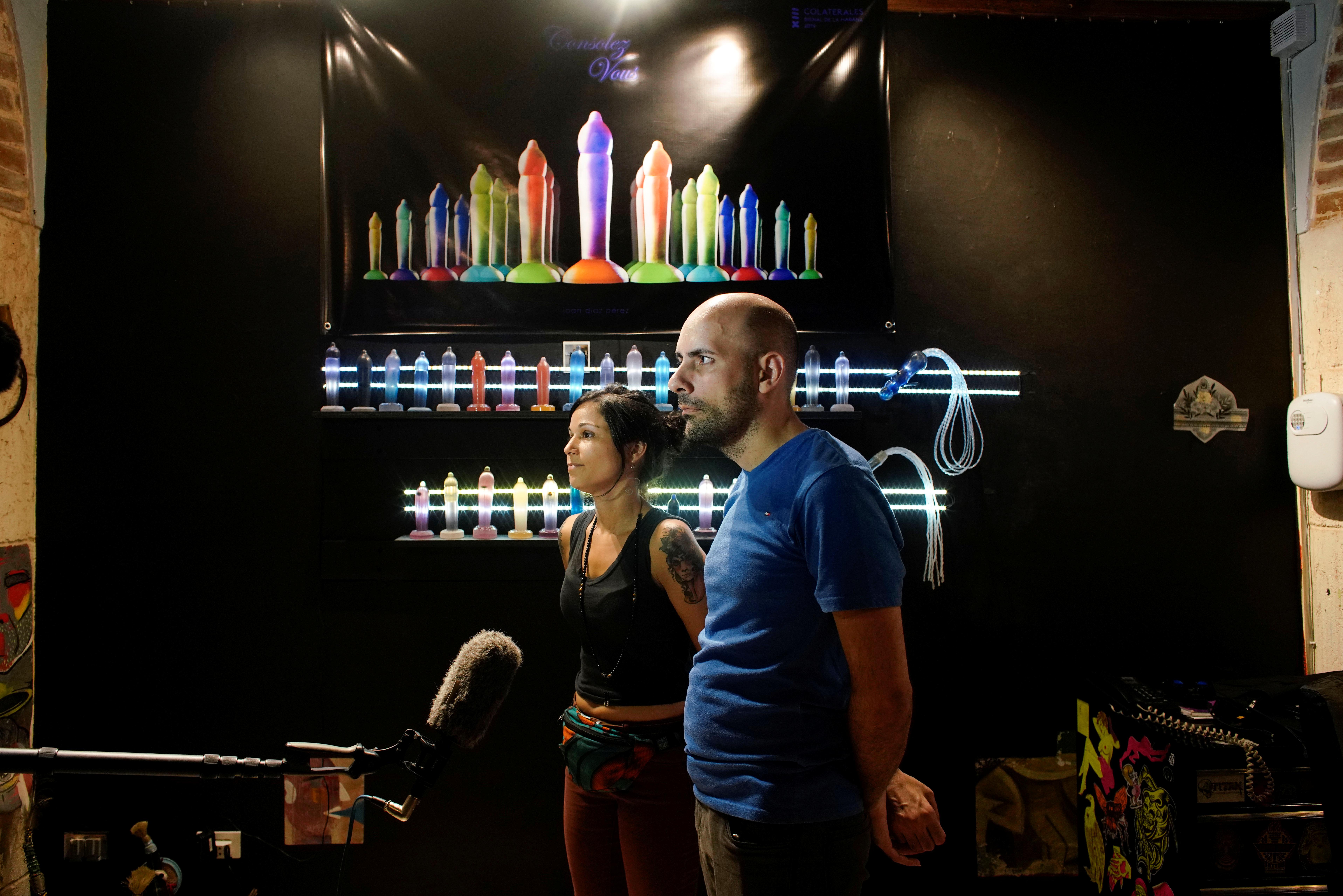 The distribution of anything deemed obscene is banned in the Communist-run country, and there are no sex shops or licenses available to workers in the fledgling private sector to sell sex toys. Instead, Cubans import toys in their suitcases and sell them in secret.

So Yanahara Mauri, Javier Alejandro Bobadilla and Joan Díaz were surprised when the state-run Havana Biennial accepted their proposal to stage a performance consisting of a pop-up sex store in a public space.

For their project, originally located in the Cuban Art Factory nightspot, they created translucent “phallic sculptures” in an array of colors from pink to green, some containing wordplay on official Cuban slogans like “Until Victory, Always.”

The artists said the objects could be used as thought-provoking sculptures or for sex play. The artistic nature of their project meant they could get away with what merely commercial endeavors can not.

“We want to break the taboos,” said Mauri, 35, who works on issues of sexuality in her photography. “In the rest of the world, this is normal now.”

To be sure, the expansion of internet in recent years and influx of foreign TV series and films in Cuba as well as greater freedom for Cubans to travel have already gone some way to breaking down taboos over sex toys and rousing interest.

“We have seen demand nearly double in the two years since we started out,” said Ernesto, 25, who runs the virtual store “Toys for adults” and declined to give his last name.

Cubans like him are increasingly selling imported sex toys openly on online marketplaces, via social media or word-of-mouth.

Of the roughly 500 phallic objects they created, nearly all have been sold or gifted to friends and art critics, and more commissioned, highlighting the runaway success of a line that is much cheaper than imported toys.

“We bought four (as sculptures) because of the curiosity they arouse,” said Wilfredo Santos, 31, adding that before imported sex toys became available, Cubans used whatever they could get their hands on.

While he was studying engineering, co-students had brought him a motor and deodorant bottle, asking him to make it vibrate, he recalled.

“Consolez Vous” has been temporarily housed in the Havana La Marca graffiti parlor since the end of Biennial. The artists behind it said they would like to continue their line of “Made in Cuba” sex toys, creating other objects too, like masks and collars, given the clear demand. 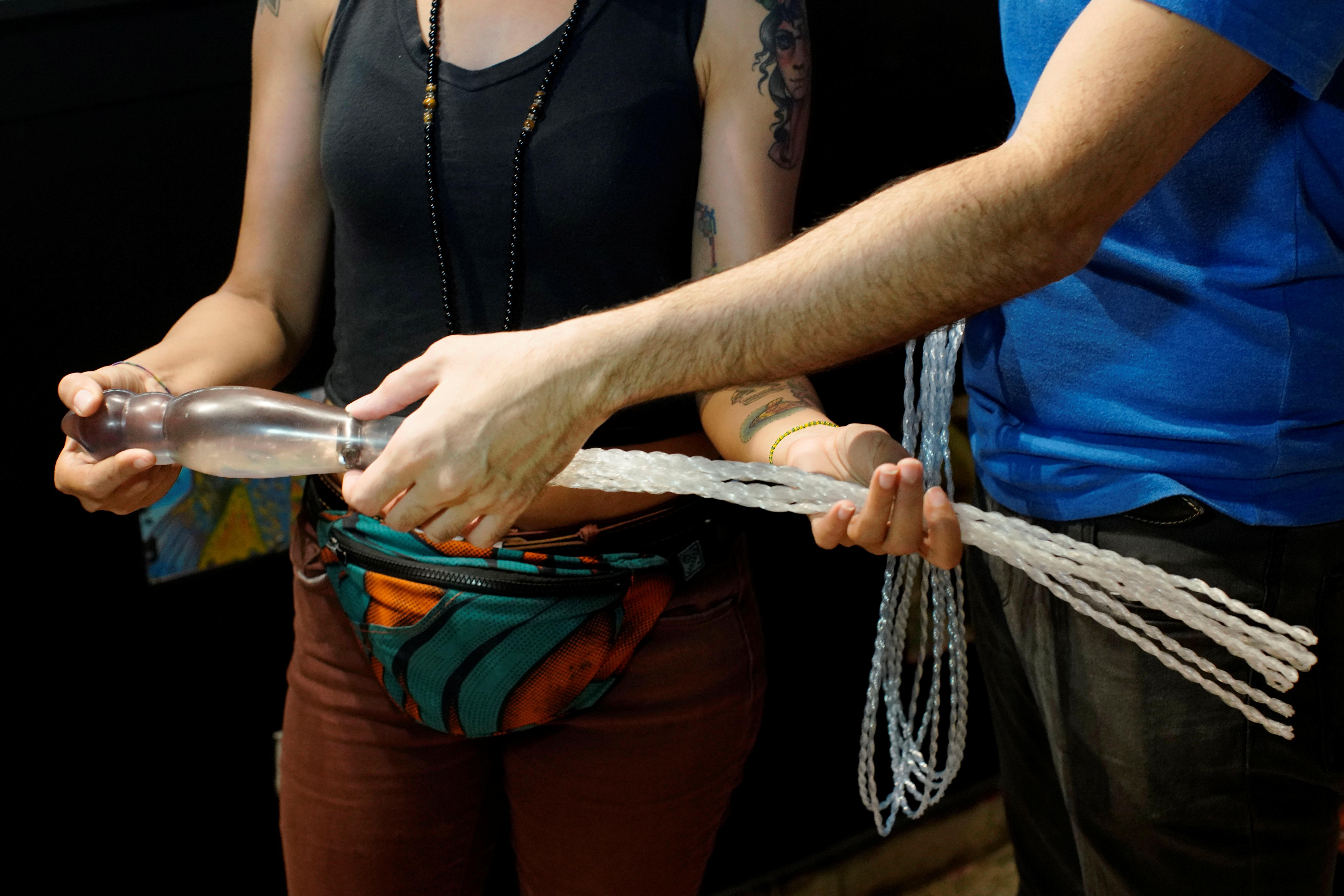 But by establishing themselves as a commercial line of sex toys, and not an artistic exhibit, they would need for the state to make it clear this would not be considered obscene under the law, according to Cuban lawyer Aldo Alvarez.

News of their work has re-ignited calls for the state to officially authorize the sales of sex toys.

“At the end of the day, we are not harming anyone,” said Ernesto. “On the contrary, we are giving people benefits.”