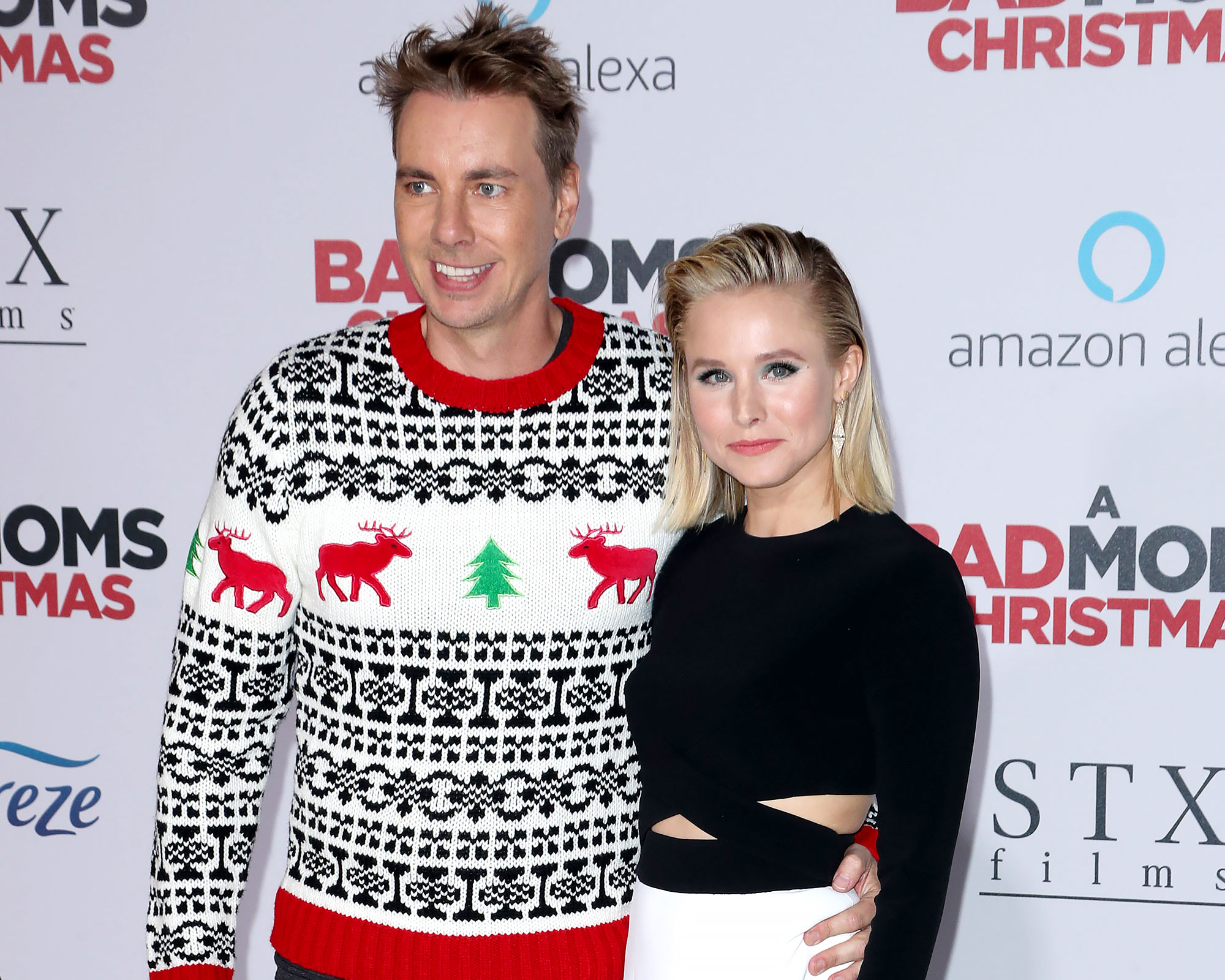 Candid memories. Dax Shepard has no shame when it comes to helping wife Kristen Bell with her mastitis infection while breastfeeding.

Every Time Dax Shepard and Kristen Bell Got Real About Parenting

The Parenthood alum, 46, discussed his memories of helping the Frozen star, 41, deal with a clogged duct during a joint appearance on The Drew Barrymore Show.

“Let’s just say that I extracted mastitis and we’ll leave everyone’s imagination to wander,” he told Drew Barrymore on the Wednesday, November 3, episode. “Let me also add that it is not easy and not rewarding. I mean, it is to know that you helped your partner but other than that it’s where the rubber meets the road; it’s down in the trenches.”

The Hello Bello cofounder noted that Shepard’s assistance made her “realize the level of commitment that this man had to me.”

Lauren Burnham, More Celeb Moms Who Suffered From Mastitis Over the Years

The Good Place alum — who shares daughters Lincoln, 8, and Delta, 6, with the “Armchair Expert” podcast host — previously discussed the couple’s experience during her “Momsplaining” series on EllenTube.

“So I said to my husband, ‘I really need you to suck this out. We could talk about it, we could be weird about it, or you could just go ahead and nurse,’” Bell revealed during a February 2018 episode alongside actress Katie Lowes. “He pulled it out. He had a cup next to him. He was pulling out and spitting into this cup, and I’ve never been more in love in my life. He spits, he doesn’t swallow. That’s what I figured out.”

Last month, she and Lowes, 40, reflected on their previous EllenTube conversation about her mastitis experience, noting that Shepard’s help “worked.”

“Remember, I got three mastitis?” Bell recalled to the Scandal alum at the time.

Mastitis, according to the Mayo Clinic, is an inflammation of breast tissue that often results in breast pain, swelling, warmth and redness and most commonly affects breastfeeding women.

The Bless This Mess alum and the Gossip Girl narrator began dating in 2007 before they welcomed their first child, Lincoln, together in March 2013. Their daughter Delta followed one year later.

While raising their children, the married couple — who tied the knot in 2013 — have often candidly discussed their parenting journey, including their bathing habits and teaching moments.

The pair previously made headlines earlier this year when they revealed they often wait to bathe Lincoln and Delta until they “stink.”

“By George, we had to start saying, ‘Hey, when’s the last time you bathed them?’” the Michigan native recalled during an August appearance on the View, noting that he and the Veronica Mars alum have gone “five or six days” without bathing the girls.