The husband recorded his wife allegedly poisoning his lemonade

A dermatologist in Irvine, California has been arrested for allegedly poisoning her husband of a ten years.

Last week, the victim reported to authorities he suspected his spouse, 45-year-old Yue Yu, had been poisoning him over the course of a month. He submitted video evidence to support his accusation, which showed Yue allegedly pouring drain cleaner into a hot lemonade drink.

The victim purportedly made the recording after feeling ill.

Waiting for your permission to load the Facebook Video.

Police served a search warrant, per a press release, at the home Yue shares with her husband; she was later arrested and booked at Orange County Jail.

Yue was released on Friday and according to KTLA 5 a domestic violence restraining order has subsequently been filed against her.

An attorney representing the victim released still images from the husband’s recordings that purportedly show the crime. 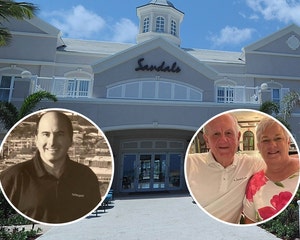