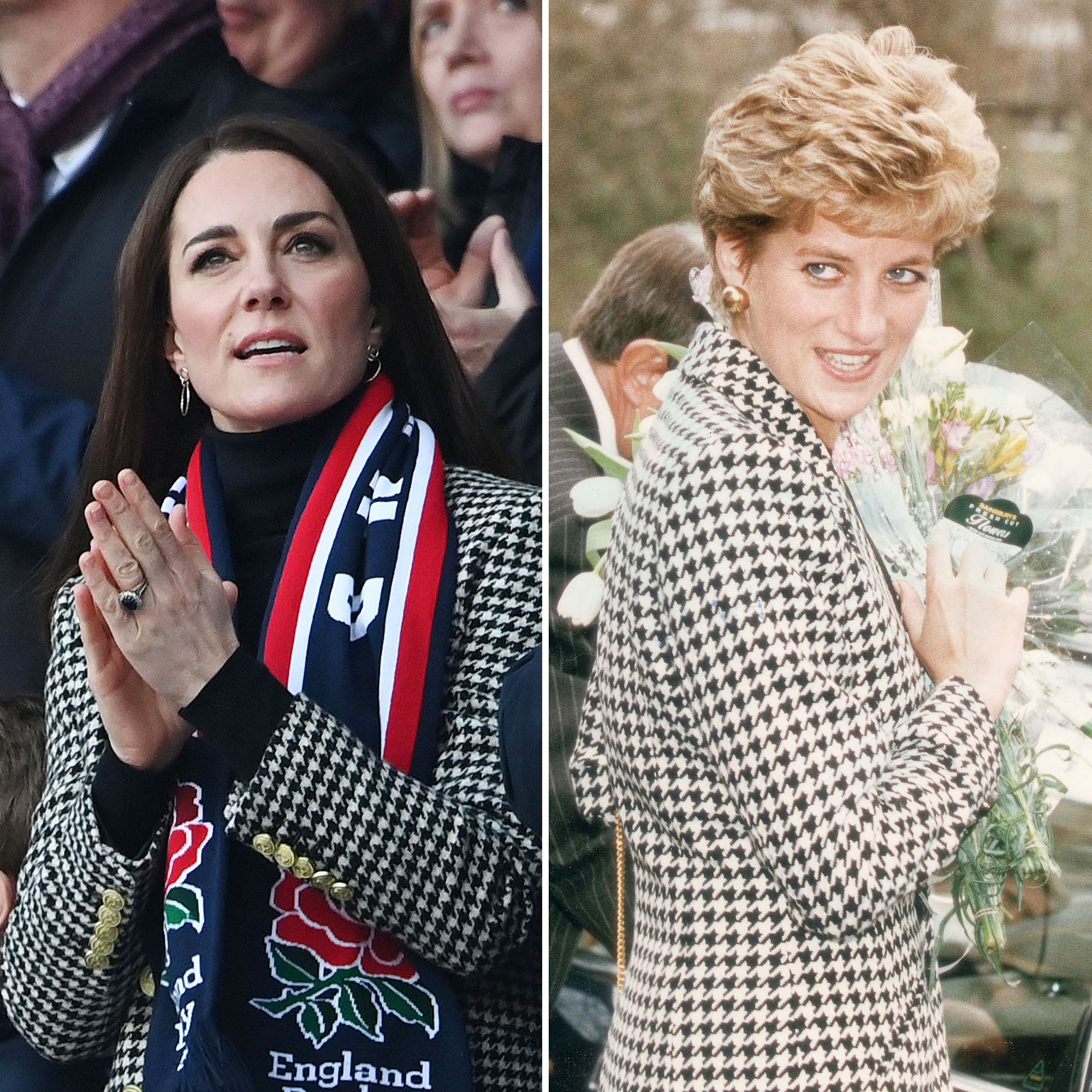 Double take! Duchess Kate took a very obviously style cue out of Princess Diana’s fashion playbook this weekend. The 40-year-old royal showed up to the Guinness Six Nations Rugby Championship game in a houndstooth-print jacket that is nearly identical to the one her late mother-in-law wore to the same sports event (England vs. Wales) circa 1993.

Unlike Princess Diana’s coat, Duchess Kate’s jacket was designed with a modern spin. The $600 Holland Cooper jacket had a fitted silhouette, whereas the late royal’s was a bit less structured.

Both ladies also opted for black turtlenecks underneath. When it came to accessories, Duchess Kate opted for her Gianvito Rossi pumps, her Trusting Mini Holly Bag in taupe, circle earrings from Accessorizer and a scarf that repped the England rugby team.

The whole recreation, which took place just about 29 years a part on the dot, sent Twitter into a tizzy. Because rest assured royal style watchers picked up on the matchy-matchy moment within seconds.

“Oh my god, she copied Diana’s whole look for when Diana attended the English Rugby match. Tell me again how Kate isn’t sick in the head,” a user wrote, while someone else said, “These matching outfits from Kate Middleton and Princess Diana are really making me want a houndstooth blazer.”

The twinning moment between the two royals is amazing — but it’s certainly not the first time that the Hold Still author has taken style inspo from her mother-in-law.

In fact, a similar situation came to pass a few months back. During the September 2021 premiere of No Time to Die, the duchess gave a subtle nod to the Princess of Wales in a glitzy gold gown. She opted for a Jenny Packham number that was eerily similar to the Bruce Oldfield number Princess Diana wore to the premiere of the 1985 Bond movie, A View to Kill.

The Duchess of Cambridge also likes to honor her mother-in-law through jewelry. In addition to her stunning sapphire engagement ring, the duchess was given a handful of pieces form Princess Diana’s collection — and she makes a point to incorporate the stunning jewels with her outfits.