On his way home — hopefully. Maksim Chmerkovskiy said he was arrested amid the conflict in Ukraine and is now trying to make his way back to the United States.

“At one point I got arrested, like, a foot outside of here,” the Dancing With the Stars alum, 42, said in a video shared via Instagram on Monday, February 28. “But again, all good, promise. But that was probably the least traumatizing moment in this whole thing as far as Ukraine is concerned, but for me, it was just a reality check.”

The dance pro has been living in his native country off and on for the past six months as he films the Ukrainian version of World of Dance. He normally resides in California with his wife, Peta Murgatroyd, and their son, Shai, 5.

The Masked Dancer alum has been sharing updates about the situation in Ukraine since the Russian invasion began last week. In an Instagram video on Thursday, February 24, Chmerkovskiy admitted that he wanted to “go back home.”

In his latest post, the former Broadway star said that he’s going to “try to start getting towards the border” to leave Ukraine. “I have options,” he added. “My options are better than most people’s, unfortunately, but I’m just a little nervous, to be honest with you. But I think it’s gonna be alright. Well, I know it’s gonna be OK.”

The ballroom expert asked fans not to “panic” if he disappears from social media while traveling, noting that he mostly only speaks to his wife, his parents and his brother, Val Chmerkovskiy.

Murgatroyd, 35, recently asked fans to “please pray” for her husband as he remains in Ukraine. “I don’t usually ask these things from my social media network, however, today is extremely hard and the next few days will be even harder,” she wrote via Instagram on Thursday. “My pain is overwhelming and I’m struggling, but you sending your positive light and love to him would be the world to me. Truly, I wish for nothing more.” 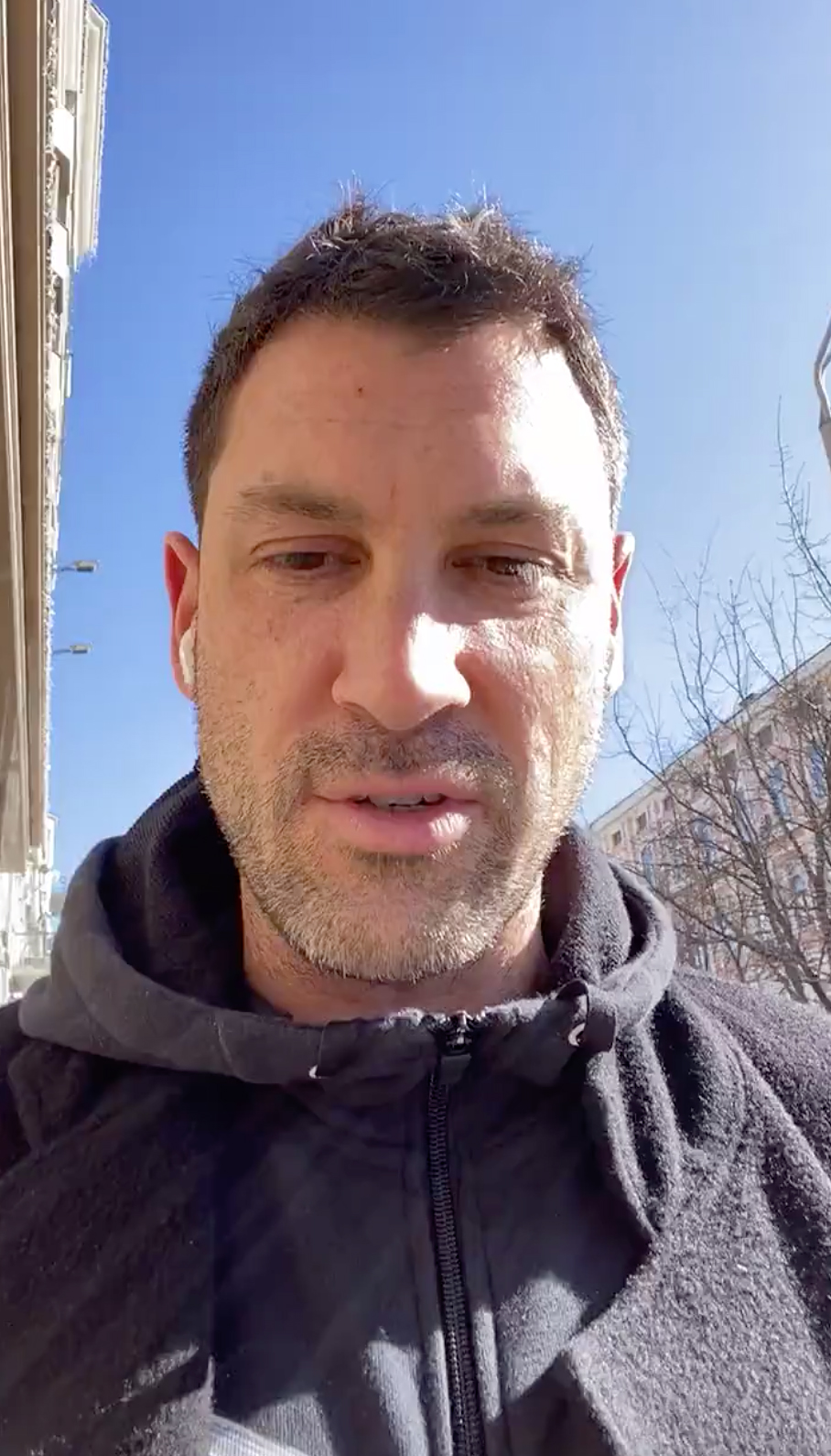 Maksim’s younger brother, Val, 35, and his wife, Jenna Johnson, have also taken to social media to ask followers for love and support.

“The last 24 hours have been an absolute nightmare,” the So You Think You Can Dance alum, 27, wrote via Instagram on Friday, February 25. “It’s actually unfathomable that this is happening in real time. Heartbroken for my husband’s homeland. More than anything, we just want Maks home 🙏 . Please keep praying for the citizens and families in Ukraine.”

Val, for his part, said conflict like the one currently unfolding is the reason his parents immigrated to the United States in 1994.

“My parents fled this country for this exact reason,” the Dance With Me cofounder wrote via Instagram on Thursday. “Not because it wasn’t good to them, but because their kids would see war eventually. It’s a cruel irony that 28 years later my brother is in a bomb shelter in [Kyiv]. If they hadn’t left I would be on the front lines defending my home right now.”