HARVESTER and Toby Carvery have promised to extend the Eat Out to Help Out scheme for an extra two weeks.

The government initiative is due to end on Bank Holiday Monday August 31. 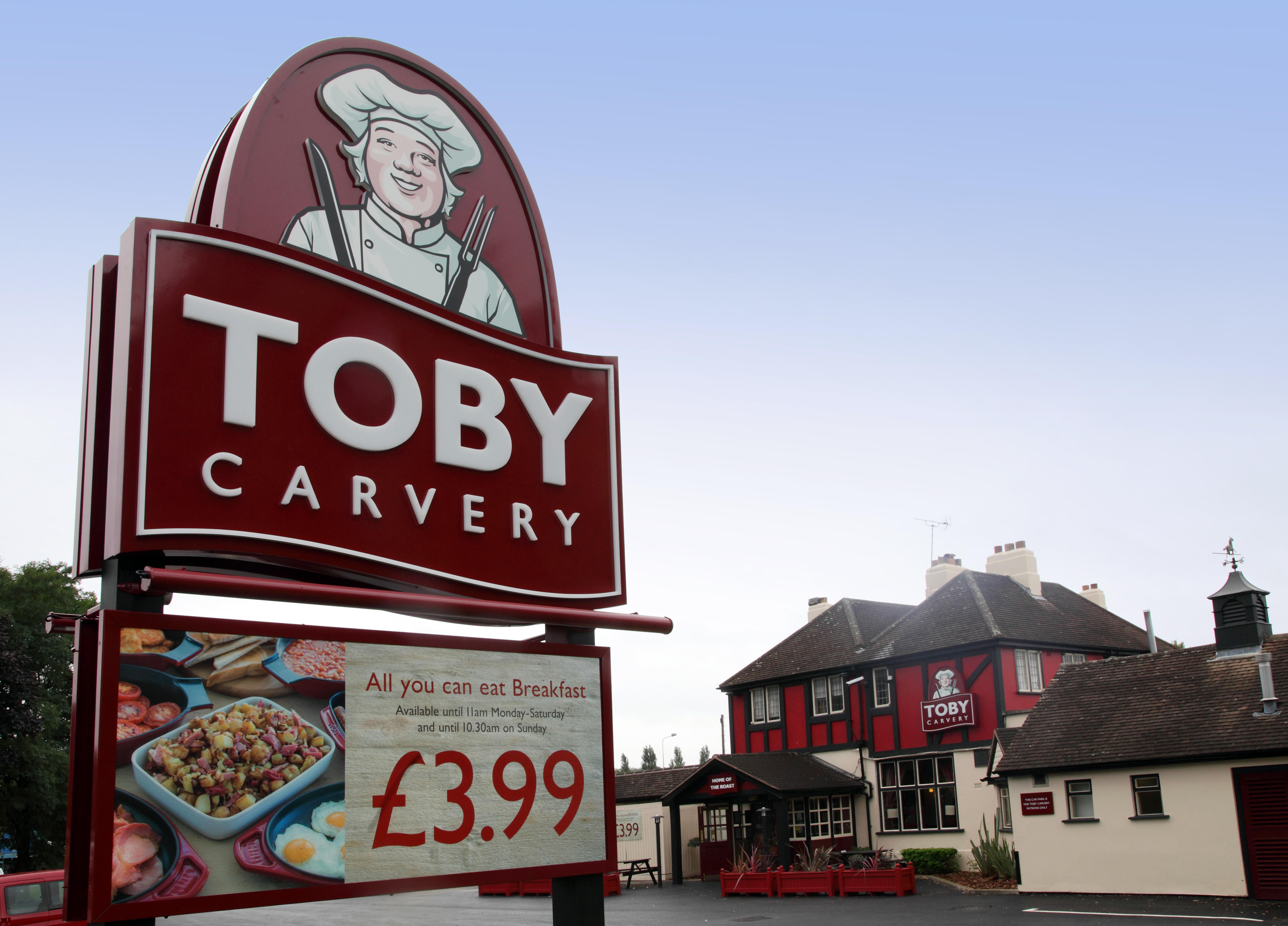 Under the scheme, diners can get 50% off food and non-alcoholic drinks, up to £10 a head, at participating restaurants on Mondays to Wednesdays throughout August.

But some chains have chosen to continue to offer their own 50% off deals.

These will vary and some places may offer 50% off all food and drink, while others may choose to impose a maximum £10 discount limit or restrict the deal to certain parts of the menu.

Harvester and Toby Carvery, which are both owned by Mitchells & Butlers, will offer customers half price main meals only until September 9.

Where can you get 50 per cent off deal in September?

WE reveal the list of chains continuing to offer half price meals in September.

For more details see the full details of what is being offered.

It will only be on offer to customers who eat out on Mondays, Tuesdays and Wednesdays, although the discount won't be applied to alcohol or takeaway orders.

The chains have lifted the £10 per person cap but it will only be offered on main meals.

You also won't be able to stack the deal on top of other offers like you could before.

How to calculate the bill

THE government will pay for half of your bill, up to £10 a head, when you eat out on certain days of the week in August.

To work out how much your bill will be after the discount is applied, you should start by adding together everything that you ordered.

You'll then need to take off any items that it doesn't cover, such as alcoholic drinks and the service charge.

Then, divide this by two to find out half of the bill.

To check that it comes under the £10 per head cap, divide it again by the number of people who are dining.

If it works out as more than this per person, then you'll need to multiply the number of people eating by £10.

You should then minus the answer from the total cost of the items that the discount can be applied to.

For example, four people eat out and the total bill that the discount can be applied to comes to £90.

Half of the bill would be £45, but that's more than the limit.

And a dirty burger combo, which comes with a side of ribs, will set you back just £8, down from £16.

The brand behind the chains, Mitchells & Butlers, is also going to extend the half price deal at its Stonehouse Pizza branches too.

Other chains which have chosen to extend the offer at their own cost include Pizza Hut, Bill's, Tesco Cafe, and The Lebanese Bakery.

For example, Pizza Hut Restaurants will be doing 2for1 on mains Monday to Wednesday from September 7 – but only if you're signed up to its newsletter/ customer database.

Divisional director of Mitchells & Butlers David Gallacher said the chancellor's incentive has helped the restaurants "get back on their feet" after lockdown.

He said: "The Eat Out to Help Out scheme was really helpful for the industry and the unwavering support we’ve encountered from our loyal guests has been incredible to see.

"They’re clearly so pleased to get back to their favourite restaurants and enjoy a delicious meal out.

"Our teams have enjoyed having guests back and can’t wait to see them again in September."

Unfortunately, it doesn't look like the scheme will be extended with the Treasury telling The Sun that it's worked so well because it is "limited".

Here's a round up of all the restaurant discount schemes you can still use to get money off the tab even after the Eat Out to Help Out scheme ends.