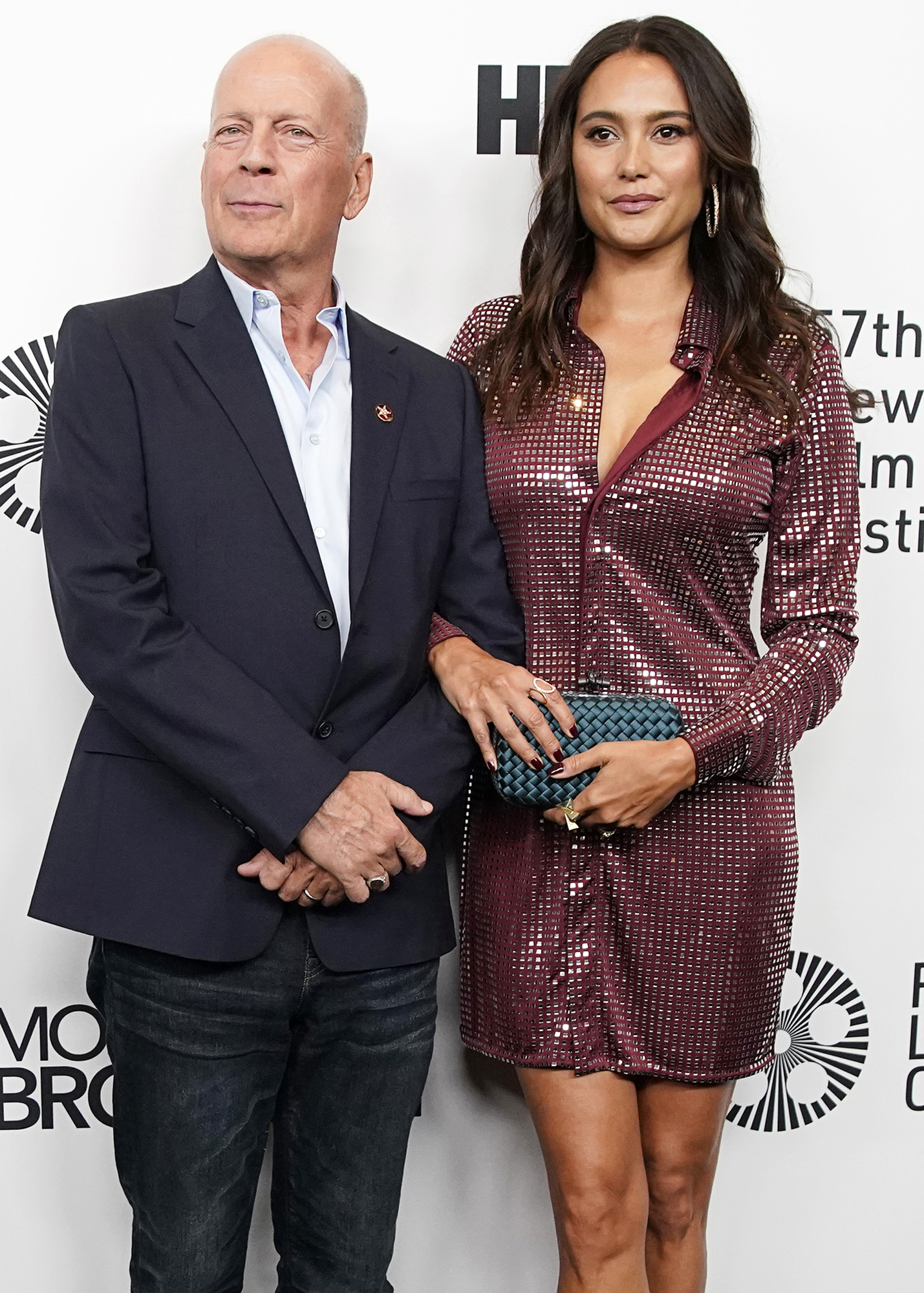 Doing her best. Emma Heming Willis opened up about the importance of looking after herself while caring for husband Bruce Willis amid his battle with aphasia.

“Someone told me not long ago that when you over-care for someone, you end up under-caring for yourself,” the model, 43, shared via her Instagram Story on Tuesday, June 7, adding, “When you put everyone’s needs above your own, no one wins. I don’t do this perfectly but I really am trying so I can be the best I can be for the people I love and adore.”

In March, the Armageddon star, 67, and his family announced in a joint statement that he was retiring from acting after being diagnosed with aphasia. “To Bruce’s amazing supporters, as a family we wanted to share that our beloved Bruce has been experiencing some health issues and has recently been diagnosed with aphasia, which is impacting his cognitive abilities,” the statement — which was also signed by Bruce’s ex-wife Demi Moore and the three children he shares with her, Rumer, Scout, Talullah — read. “As a result of this and with much consideration Bruce is stepping away from the career that has meant so much to him.”

They continued: “This is a really challenging time for our family and we are so appreciative of your continued love, compassion and support. We are moving through this as a strong family unit and wanted to bring his fans in because we know how much he means to you, as you do to him.”

Last month, Emma, who shares Mabel, 10, and Evelyn, 8, with the Die Hard star, confessed that becoming the primary caregiver to her husband and children had negatively affected her own health. “I put my family’s needs above my own, which I found does not make me any kind of hero,” she said during an interview with The Bump. “That amount of care for everyone else within my household had taken a toll on my mental health and overall health. And it served no one in my family.”

After noticing how she was neglecting herself, the Perfect Stranger actress made an effort to try and “mother” herself through exercise. “It’s a time I can disconnect and can do something that I know makes me feel good overall,” she explained at the time. “I think it’s important to find that one thing that makes you feel good and build from there.”

Every member of Bruce’s extended family has been doing their best to support him and Emma amid his ongoing health battle. “He’s blessed to have them on hand,” a source told Us Weekly exclusively in April, adding that “they’re all pulling together, and that’s what matters.”

“Emma, the girls and Demi are all united in being there for Bruce and ensuring he has the best possible treatment,” the insider continued. “Mercifully, he’s extremely self-sufficient at this point in time. They’re not taking anything for granted, but there’s a balance needed since he wants this handled with the minimum of fuss and is selfless to a fault about handling as much as he can.”