Emma Stone suits up for ‘Cruella’ red carpet, her first since giving birth

Take new parents Emma Stone and Dave McCary out to the ball game.

The “Cruella” actress, 32, enjoyed a rare night out with husband McCary, 35, on Tuesday as they watched the San Diego Padres defeat the Los Angeles Dodgers 3-2.

“La La Land…Naaahhhh… More like, Padre Land! Thanks to Emma Stone and her Husband David McCary for visiting us in the booth. It was truly a pleasure! Go Padres! #bestactress,” Grant tweeted. 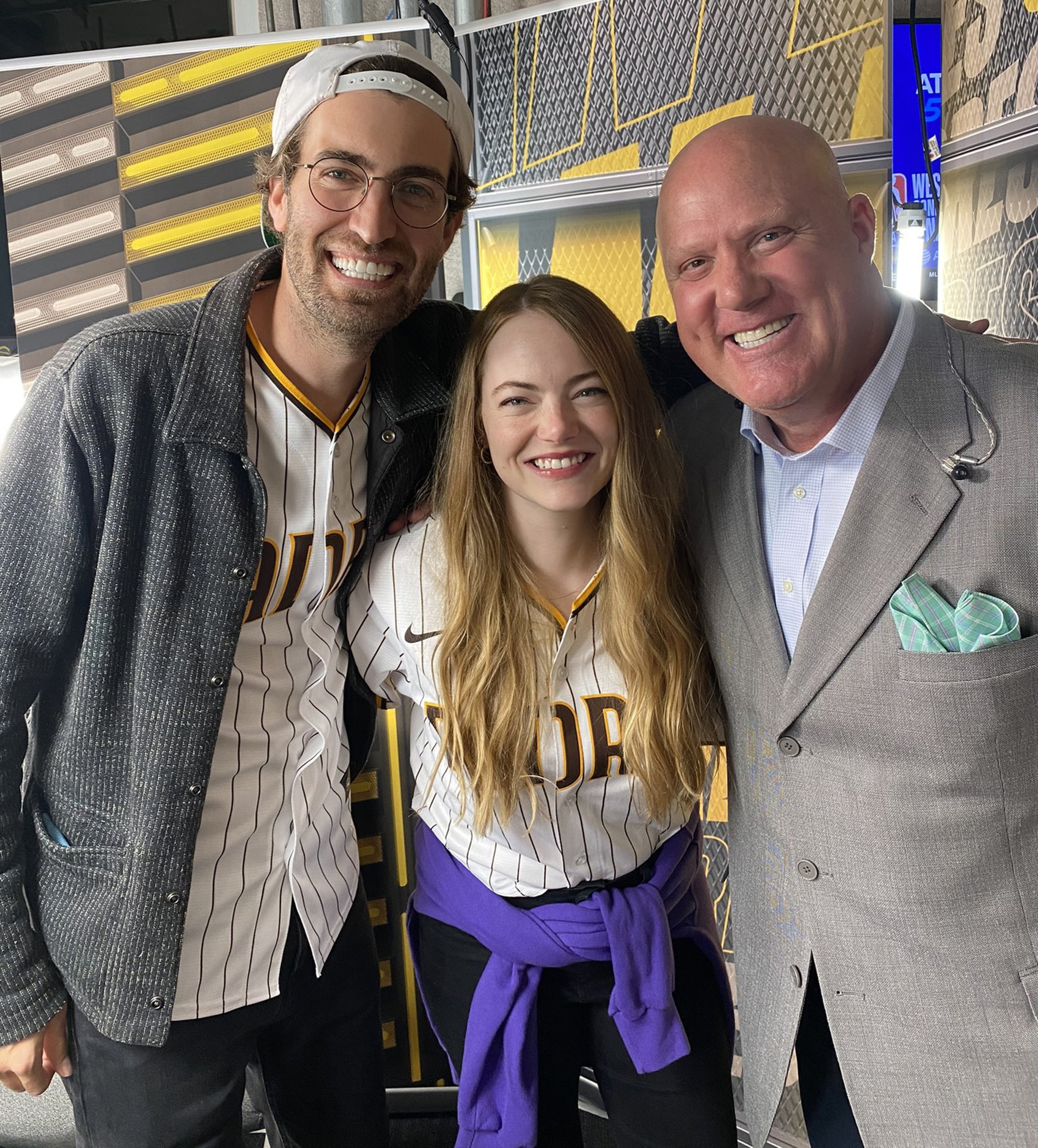 McCary, a San Diego native, was first linked to Stone in 2017. The pair met the year before when she hosted “Saturday Night Live,” where he served as a segment director.

In December 2019, Stone and McCarry announced their engagement on Instagram. They originally planned to wed in March 2020, but their nuptials were postponed until September of that year due to the COVID-19 pandemic.

A relatively private couple, news emerged in January that Stone and McCary were expecting a child when the actress was photographed cradling her baby bump in Los Angeles.

The name of Stone and McCary’s daughter was revealed in May, with the Oscar winner keeping a family tradition with the middle name Jean.