A vlogger who prides herself on teaching people how to date billionaires has revealed the five phrases that ‘turn high-quality men off’.

London-based elegance coach Anna Bey, 34, claimed most men prefer not to be called ‘my little baby’ or ‘my little boy’ because it reminded them of their mother.

The Swedish founder of the School of Affluence also suggested that ‘elegant women’ should try to avoid calling their partners ‘dude’ or ‘man’ since it sounds too masculine and ‘not feminine enough’.

In her latest YouTube clip, she advised viewers to ditch the phrases – admitting that even her own partner had asked her to stop calling him dude because it was a ‘massive turn off’. 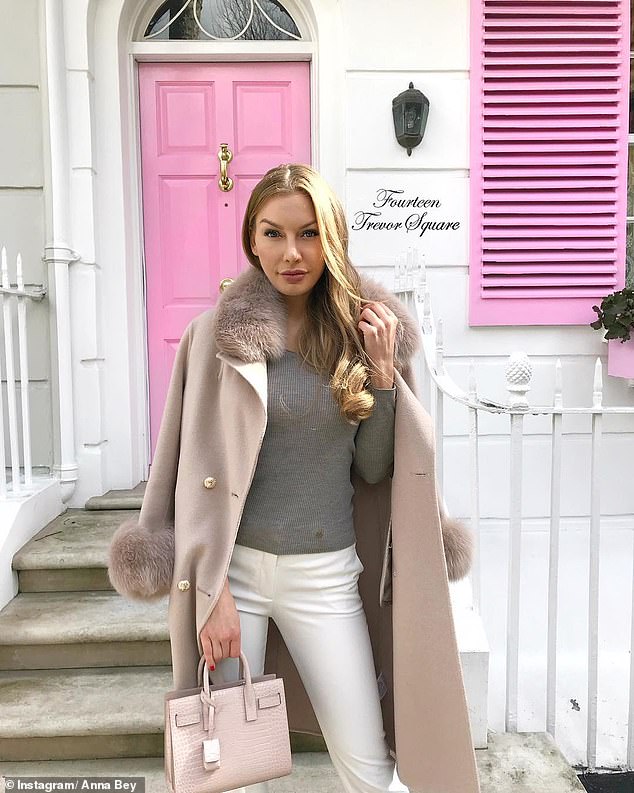 London -based elegance coach Anna Bey (pictured), 34, claimed most men would prefer not to be called ‘my little baby’ or ‘my little boy’ because it reminded them of their mother

The finishing school teacher said: ‘Now for all of us ladies who are interested in the opposite sex, it is of course important to know what the opposite sex likes and doesn’t like.

The phrases elegant women should avoid, according to a dating coach

‘This way we will be able to really capture the partner that we want to capture or enhance the relationship that we have with our current partner.’

Firstly, she added: ‘Do not say, or do not call a man as my little boy or my little baby. You see, anything that makes a man feel like you are his mother and he is your kid, that is a massive turnoff.

‘Which is why we cannot be saying these things. Even though we may be saying it from a loving perspective. I mean calling a man, my little boy, maybe you think it sounds like a sweet thing to say.

‘But you really need to take the words into perspective and realise what it is exactly that you’re saying? And in this case, you’re literally treating him as your child and that’s a big turnoff.

‘And as a little side note, anything that has to do with really stupid baby voices, maybe some men like it, but you should be a little bit cautious. Truly it can become too much and a massive turnoff.’

The elegance coach said: ‘Do not call your man as man and do not say dude to him either. Meaning that we don’t want to say such things like “what’s up dude”, or “hey man”, or “hey dude”.

‘Don’t speak to him like he is your guy friends or like you are a man and he is your buddy. We are not on those terms with our partner.

‘We want to keep him as a man and keep ourselves as a woman. And I’m sorry to say, like it or don’t like it, but I don’t think saying man, and dude is very feminine. It’s really masculine.

‘And that’s why I don’t think you should go in that direction. Plus ladies, I’ve actually had this conversation with some of my male friends and they have actually specifically mentioned this.’

She later confessed that she was ‘personally guilty’ of doing this until her partner ‘kind of told me off a little bit for this and that’s when I fully stopped once and for all’.

‘I don’t know why I was doing that’, she admitted. ‘I guess it came from the fact that I was using the term with some of my male friends and I was specifically using a more boyish type of language with them because I didn’t want them to be hitting on me.

‘Somehow, that just continued in my lingo into my new relationship – but it stopped when he said “listen, this is not attractive, can you please stop?”.’ 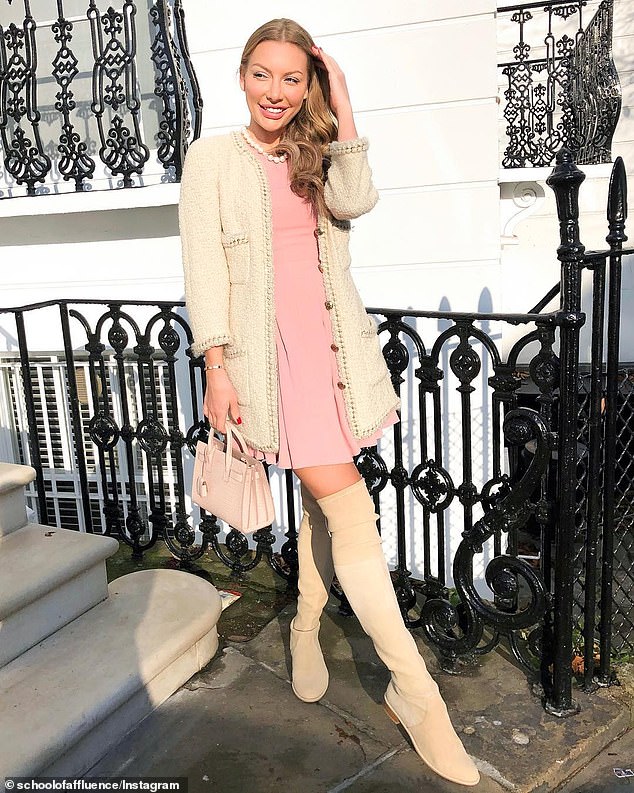 Anna said: ‘There is some more extreme slang that also will turn a man off, because not only does it sound masculine but it also sounds just not very elegant.

‘And that’s when you start staying things like “bro” or “homie”. I mean, I don’t know if any of you would say to your partner “what’s up bro?”, or “hey homie”.

‘I don’t know, maybe some of you would do. And I guess if it’s maybe a joke it would be potentially be funny. Or perhaps not. But I just don’t think that any man wants you to treat him as your homie or as his bro.

‘So please try and keep the guy slang and the guy talk out of your vocabulary because this is definitely not elegant or feminine.’

Be decisive and don’t always say ‘I don’t know’

‘Ladies, I don’t know if this is going to be applicable to all men out there but I’ve heard numerous times how men tend to appreciate when a woman knows what she wants,’ the elegance coach revealed.

‘One of the things that sometimes men get so annoyed about is when the woman they’re with is all the time saying things like “I don’t know”. And this really can drive some people mad. 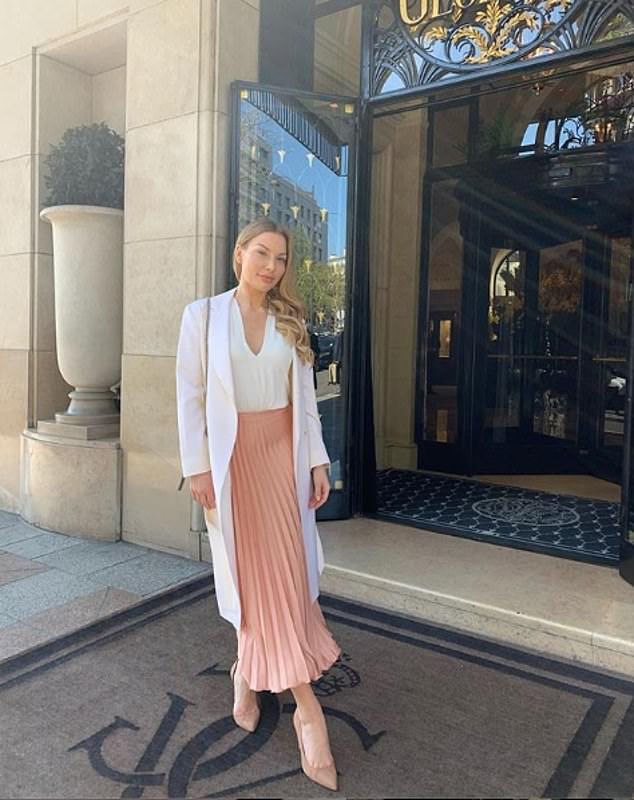 In her latest YouTube clip, Anna (pictured) advised viewers to ditch the phrases – admitting that even her own partner had asked her to stop calling him dude because it was a ‘massive turn off’

‘Now again ladies, I did say some do – not all types of men will be like this. But I have actually met many men who do find that “I don’t know” type of woman a little bit frustrating.

‘It’s fine to not know from time to time, but having it as your all-the-time mantra is going to really start making people or men in particularly, feel like you are just an empty shell.’

‘This one might work for some men, but there is a very small percentage who enjoys being called in such a way,’ insisted Anna.

‘And I’m talking about being called daddy. Ladies, I’m sure there are some men out there who find it a big turn on when a woman calls him her “daddy”, right?

‘But that has usually to do with men who want to really be dominant in the relationship.

‘Most men, even the dominant types, they find the term daddy to just make them feel like one, you are his kid, and two, he is so old compared to you that he deserves the name daddy.

‘Now that’s not sexy, ladies. So skip the whole thing about calling him daddy. I mean, maybe if you are in a sugar daddy relationship that might be a thing. But I think for the rest of us, we do not call him daddy at any point.’