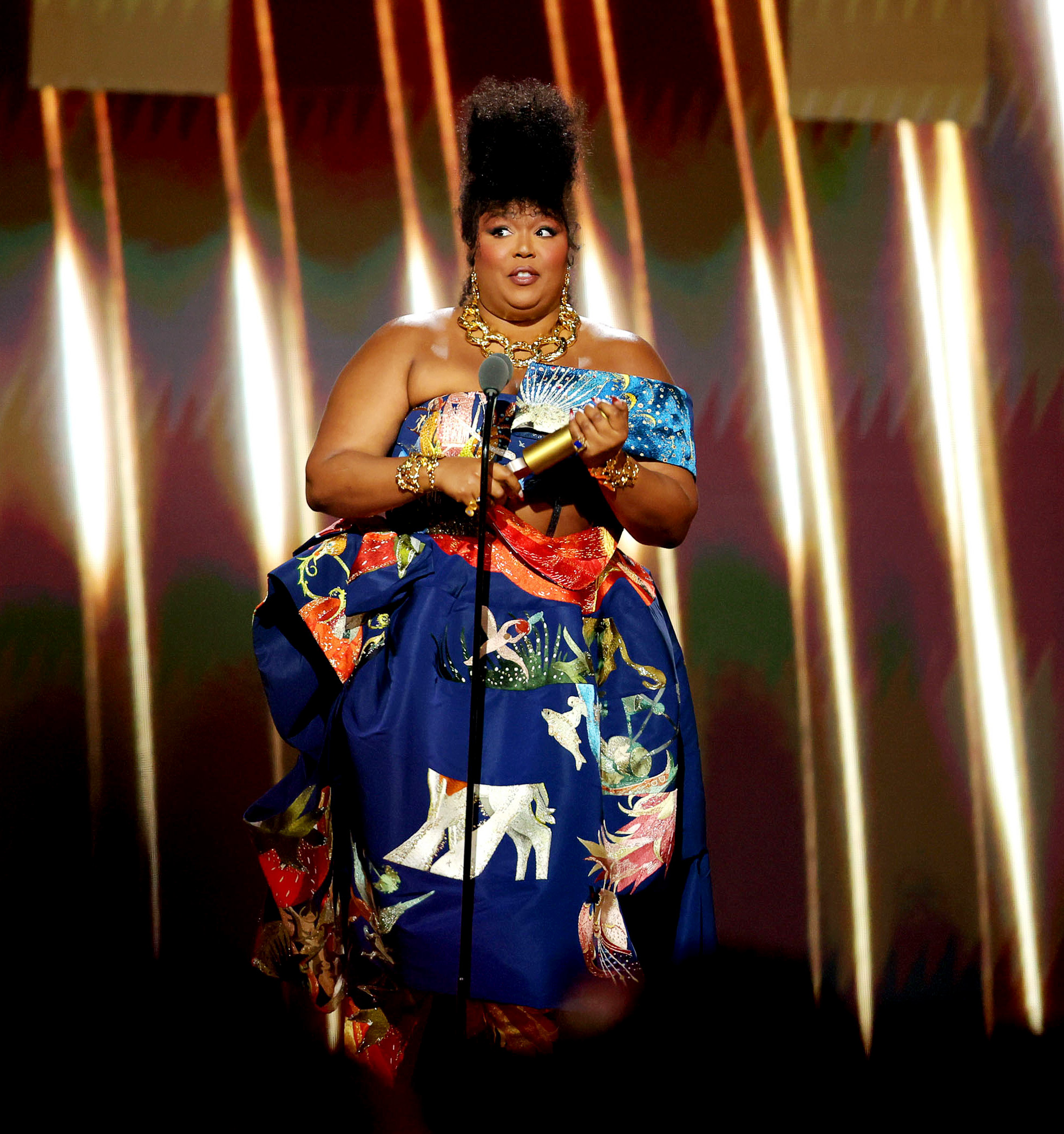 Always representing. Lizzo received the People Champion honor at the 2022 People’s Choice Awards — and brought the audience to tears with her acceptance speech.

“I’m [going to] be honest, when I first heard about this award, I was on the fence about whether I should accept because, if I’m the people’s champ, I don’t need a trophy for championing people,” the 34-year-old musician candidly said during the Tuesday, December 6, awards show. “You know what I’m saying? I’m here tonight, because to be an icon isn’t about how long you’ve had your platform. Being an icon is what you do with that platform.”

The rapper, who also won Song of the Year, explained that she’s always used her platform to “amplify marginalized voices” — and therefore decided to bring representation to the Los Angeles-based event.

“Tonight, I am sharing this honor,” Lizzo said before bringing out women advocates from all walks of life. “Make some noise for the people, y’all. These are all activists and people that I think deserve the spotlight.”

The “2 Be Loved” songstress gave each woman their moment in the spotlight and highlighted their charity work and why she is in awe of each one. The stage included female rights workers, transgender advocates, gun violence organization founders, indigenous peoples champions and more. 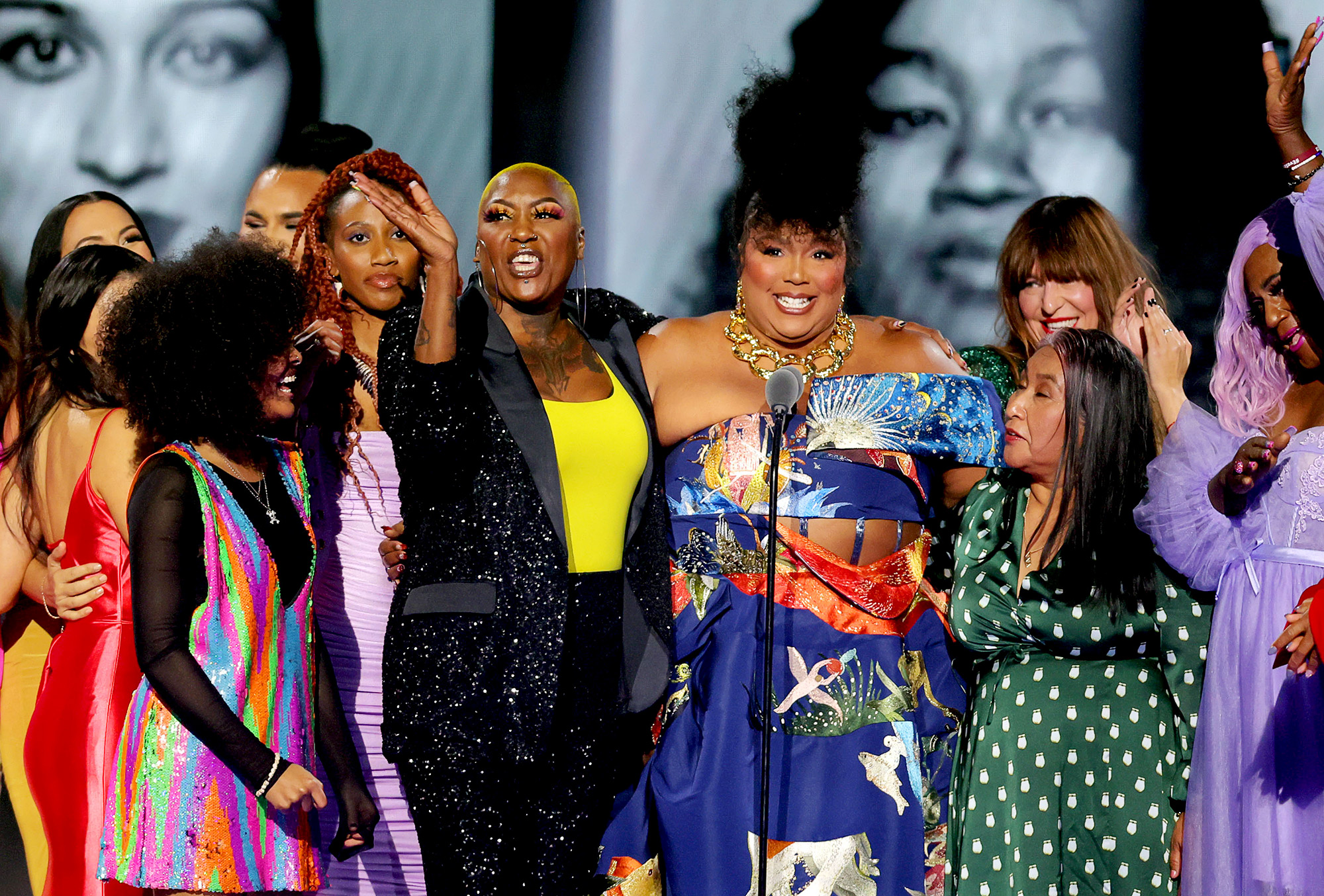 “Give them their flowers!” Lizzo concluded. “Power will always be to the people! Thank you so much People’s Choice. Follow them and support them. OK, bye.”

The “Good As Hell” singer was announced as the recipient of the accolade in November thanks to her contributions to music and television, as well as her commitment to inclusivity across all races, genders, sexualities and sizes. Previous recipients of the award include Pink, Tyler Perry and Dwayne “The Rock” Johnson.

In addition to this award, the “Truth Hurts” performer was also nominated in four music categories, including Female Artist of 2022, Song of 2022 for “About Damn Time,” Album of 2022 for Special and The Social Celebrity of 2022 Her Prime Video show Lizzo’s Watch Out for the Big Grrrls, which also earned an Emmy, was nominated for Competition Show of 2022 too.

Throughout her career, the flutist hasn’t shied away from using her platform to speak out about social justice topics and promote body inclusivity. At the 74th Primetime Emmy Awards in September, the Michigan native broke down in tears while accepting the award for the Best Competition Program. 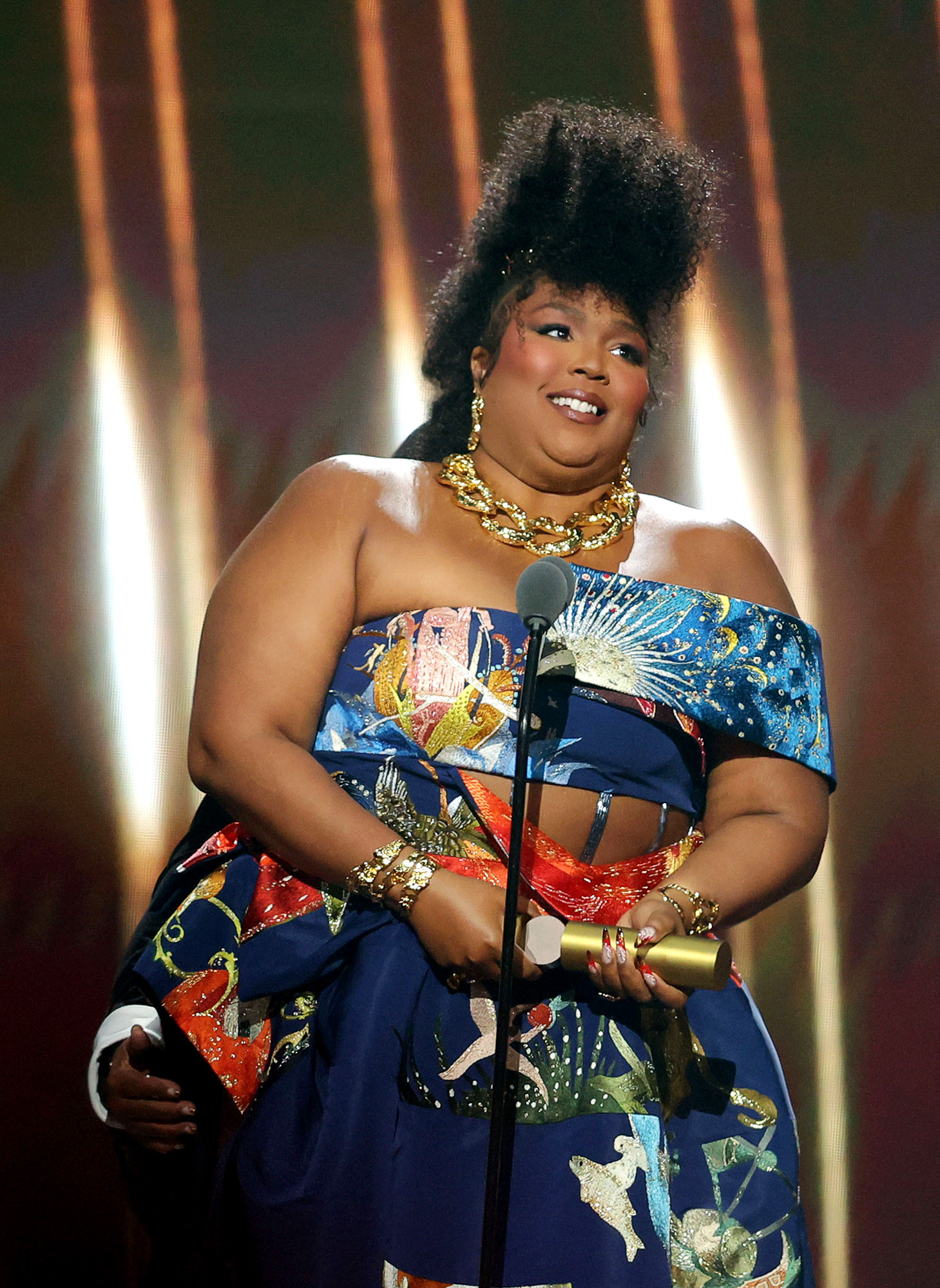 “When I was a little girl, all I wanted to see was me in the media. Someone fat like me, Black like me, beautiful like me,” Lizzo said in her speech, noting how important representation in the film and television industry is to her. “If I could go back and tell little Lizzo something, I’d be like, ‘You gonna see that person but, bitch, it’s gonna have to be you.’”

The “About Damn Time” artist also shut down her haters at the 2022 Video Music Awards in August after she took home the impactful Video for Good award.

Every Time Lizzo Used Her Platform to Preach Body Positivity

“I want to say thank you so much for supporting me and loving me. And now, to the bitches that got something to say about me in the press,” the Michigan native shared with the audience at the time. “You know what, I’m not going to say nothing. They’ll be like, ‘Lizzo, why don’t you clap back?’ Because bitch, I’m winning, hoe! Big bitch is winning, hoe!”

Lizzo’s speech came shortly after comedian Aries Spears made comments about the Yitty founder’s weight. While she did not acknowledge the New York native’s words, she instead used her platform to encourage everyone to vote and reminded her fans that their voice matters.