G-Eazy has beefed up his security after his recent run-in with the law.

The rapper — who was arrested last month after getting into a fight during a Fashion Week party at the Boom Boom Room — was spotted all over town this week with security in tow.

Eazy, who is promoting his new album “These Things Happen Too,” was seen getting a haircut at Michael Malbon’s Frank’s Chop Shop, and then headed to hip dive Sophie’s in the East Village with “Wolf of Wall Street” Jordan Belfort, where he was seen playing pool.

“It was chill and mad cool. He had security because he doesn’t want any problems, and is waiting for things to boil over,” said a spy — perhaps meaning “blow over?” “Paparazzi was waiting for him in front of Sophie’s, so the heat is on him right now. He needs security.”

The “No Limit” performer was arrested and charged with assault last month after he and his entourage got into a fight at the Top of the Standard during a fashion party. Cops told Page Six that “a 29-year-old male and 32-year-old male reported being struck by the defendant.”

Sources exclusively told Page Six that socialite Daniel Chetrit — who is the son of real estate developer Joseph Chetrit and whose famous pals include Kendall Jenner and Bella Hadid — needed stitches after being hit over the head with a bottle during the melee, though it was unclear if it was G-Eazy or another member of his group who hit him.

Eazy was reportedly in court on Friday, where he was ordered him to stay away from the alleged victims. He is due back in court next month, reports TMZ.

This week he was also spotted with bodyguards at the Soho Grand and at Lamia Fish Market in the East Village. “He was dining in a private room with 20 of his friends,” says a source, who also noted, “He had two security guards with him.” 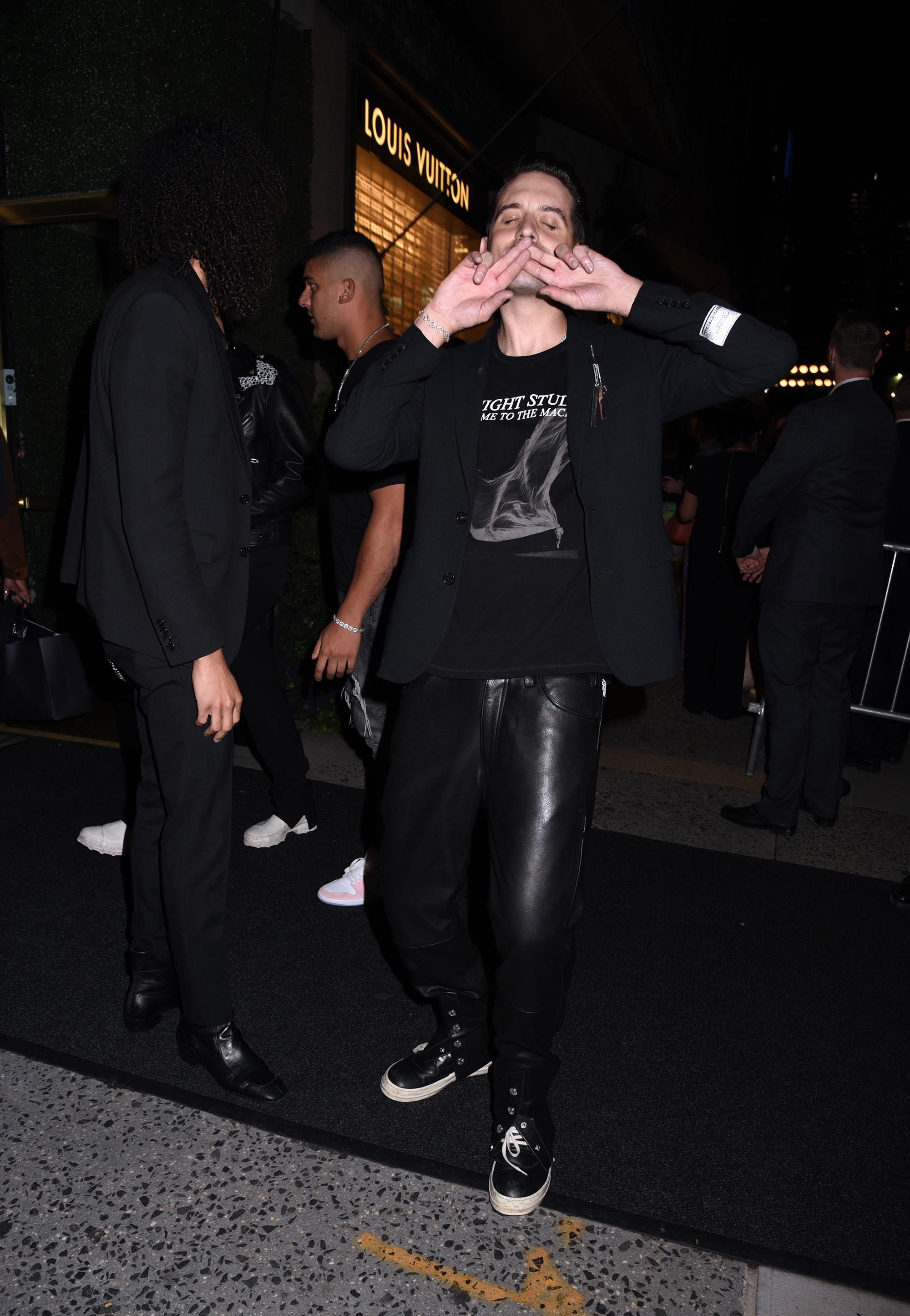 “G-Eazy had three huge bodyguards,” said a spy at the club. “They completely blocked off his table.”

Reisman is known for hanging out in rap circles with stars like Drake and Jay-Z, and tells us he is not representing G-Eazy. They are just friends.

Later, G-Eazy and his crew were seen hitting up a karaoke spot in Koreatown.

He was also recently in Miami where he performed at “ultraclub,” E11even.