As Christmas fast approaches, the question remains – are you more excited for the presents or for the Gavin and Stacey Christmas special?

Yes, returning to our screens on 25 December will be an epic comeback of the one of the greatest British sitcoms ever made and now an overview of the special has been revealed – that’s what’s occurrin!

The return of the show will come 10 years after the BBC programme first hit our screens – and had us glued to our TVs as a result. And, turning our eyes to the Christmas special, the newly released synopsis says: “It’s been ten years since we last went to Billericay to spend Christmas with the Shipmans and the Wests.

"This year we’re off to Wales for the festivities, where Bryn (Rob Brydon) is cooking dinner for over thirteen people. Understandably he’s tense.

"Pam (Alison Steadman) would secretly prefer to spend Christmas in Essex as she finds Gwen’s (Melanie Walters) house a bit lacking. But the deal has always been that they alternate every year, and this time it’s the turn of the Wests to host Christmas with everyone under one small roof." 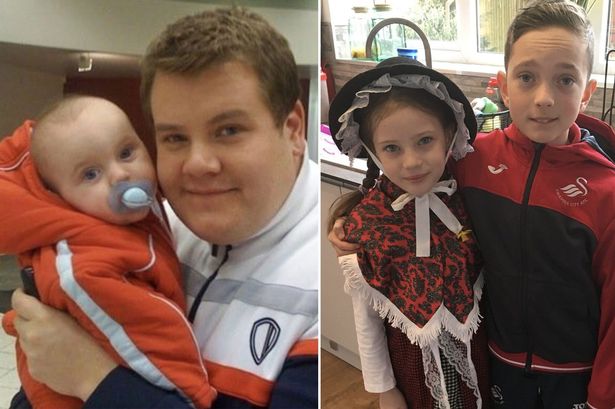 It continues: “For Gavin (Mathew Horne) and Stacey (Joanna Page), parenthood continues to present them with several challenges, their ‘baby’ now being ten. Smithy (James Corden), too, continues to commit to his fatherly role, making the journey to Barry at weekends and every second Wednesday to see twelve-year-old Neil the Baby.

"Nessa (Ruth Jones) on the other hand adopts her own brand of Nessa-style mothering whilst Pam, Mick (Larry Lamb) and Gwen have become the epitome of doting grandparents.

"On Christmas Eve, Dawn (Julia Davis) makes a shocking discovery about Pete (Adrian Scarborough) that jeopardises their marriage (again) and a visit to the pub that night is an eye opener in more ways than one."

Recently, Gavin & Stacey fans were also given the fight of a teaser trailer too.

The 30-second clip of the special reveals a desperately agitated Uncle Bryn (Rob Brydon) appearing to be having a full-on Christmas meltdown, something that most viewers will know only too well about. After all, there’s always one family member who loses the plot on 25 December, isn’t there?

It looks as if Bryn adopts a military approach to his Christmas Day regime and, with plates piling up and things not going to plan, it all starts to get on top of him. Even his walkie-talkie set-up can’t help him.

In something not unlike full panic, Bryn can he heard asking Stacey: “Would you kindly inform everyone that dinner will be ever so slightly delayed?!”

The Gavin & Stacey special airs on Christmas Day at 8.30pm on BBC One.