Well, Glenn Close just saved a rather dismal Oscars ceremony by wildly twerking at the event on April 25.

Glenn Close, 74, didn’t win an Oscar during the 93rd annual Academy Awards, even though it was her eighth time being nominated, so she did what anyone (or we) would do in her position — she got up and twerked in front of everyone in the final few minutes of the show.

Frankly, the hilarious moment was totally unexpected, but fully welcomed during the rather dreary ceremony. Given the fact that we’re still in the midst of a pandemic, not many people attended the show, but Glenn did and she did what she could to infuse some fun into the lengthy show.

The hilarious moment happened when she was asked to name an older song that was once potentially nominated for an Oscar. No one expected her to know it, but she totally did. And she proved it by getting up on her feet, and shaking her backside to the beat of the sexy music — a song called “Da Butt”. And no, we couldn’t even make that up if we tried. 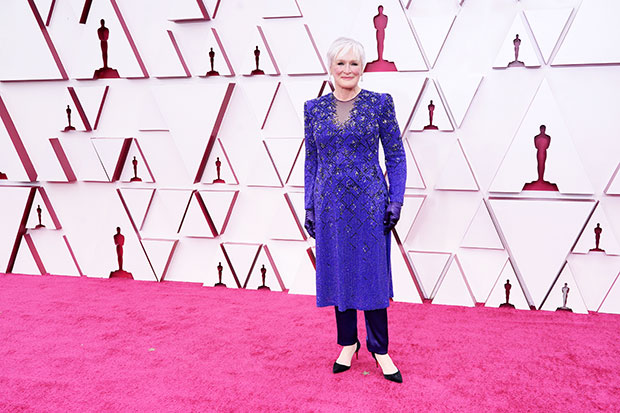 Immediately after the moment happened onscreen, fans took to Twitter to share their excitement. One Twitter user joked, “Did not have Glenn Close doing Da Butt and knowing as much as she did about the song on the 2021 Oscar bingo card,” while another said, “I may have just witnessed one of the greatest moments in Oscars history.”

Awkwardly enough, soon after the moment came to an end, the show segued into the “In Memoriam” part of the night. Again, we couldn’t make this stuff up if we tried. It’s just too good.

To relive Glenn’s hilarious Oscars moment, watch the video above!