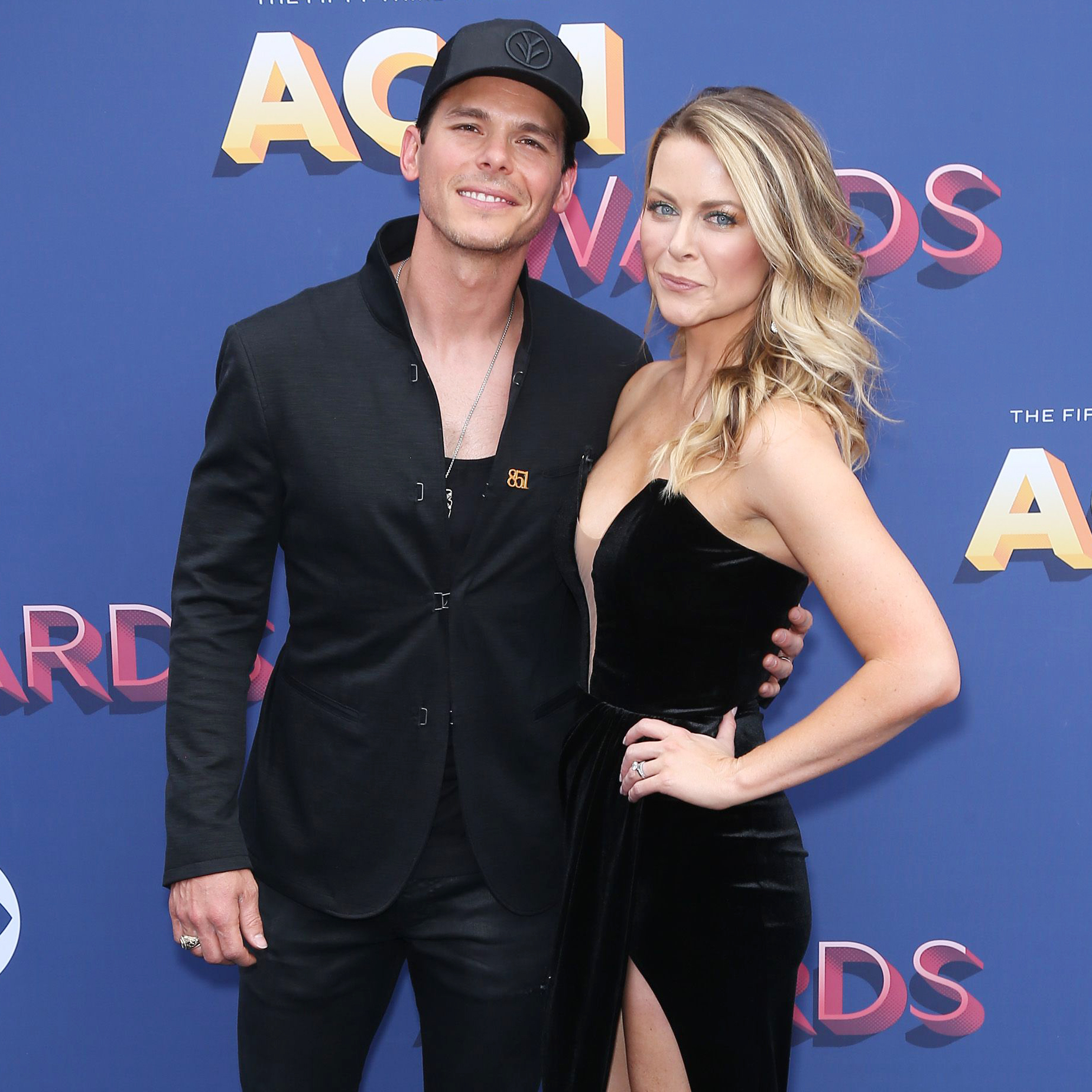 A look inside. Amber Smith (neé Bartlett) revealed that she and husband Granger Smith still receive messages in which people blame them for son River’s 2019 death.

The actress, 40, took to her Instagram Story on Monday, July 4, to share screenshots of lengthy, accusatory DMs. A rep for Amber and the country singer confirmed that River died at age 3 in June 2019 after a “tragic drowning at home,” and the critical questions haven’t stopped since then, according to the Dallas alum.

“Why was he not being properly protected and supervised?” one critic wrote in a lengthy message shared on Monday. “Not my business, not trying to be cruel, but to have a beautiful baby drown and then just have another kid, like … oops sorry about that one, we’ll just replace him. How do you guys deal with knowing his death was 100 percent preventable? And then just move on?”

The former American Crime star sarcastically captioned the screenshot, “Not her business and she’s not judging or trying to be cruel though.”

She added, “The Lord is my strength when we still, three years later, receive these messages.” 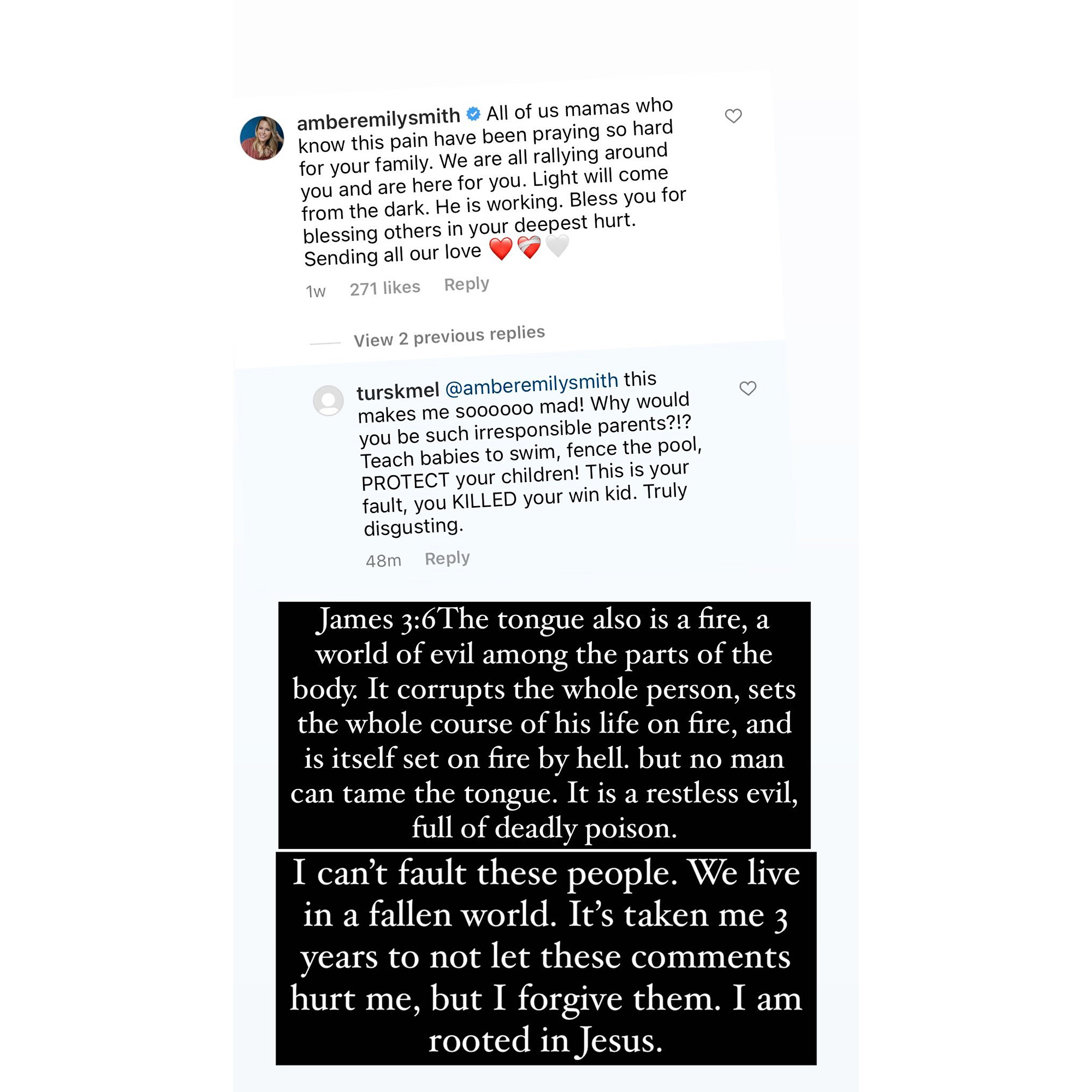 On Tuesday, July 5, Amber shared a screenshot of a comment on Instagram. “Why would you be such irresponsible parents?!?” the user asked. “Teach babies to swim, fence the pool, PROTECT your children! This is your fault, you KILLED your win [sic] kid. Truly disgusting.”

In response, Amber quoted James 3:6 (“The tongue also is a fire, a world of evil among the parts of the body.”) and added that she has found herself forgiving those who make hateful comments.

“I can’t fault these people. We live in a fallen world,” she said. “It’s taken me 3 years to not let these comments hurt me, but I forgive them. I am rooted in Jesus.”

Since the toddler’s tragic passing, the grieving parents created The River Kelly Fund to bring funding to a variety of causes, including children in need and wildlife preservation.

“My mind is blown,” the “Country Things” crooner captioned an Instagram video at the time. “He can barely crawl, but now he knows how to hold his breath, twist his body, find the air, float on his back and cry. He can do this falling in head first, feet first or any orientation. He has the skills to float until help comes.”

That was before Maverick could even say “Mama.” Amber revealed on Tuesday that the little guy finally called for her for the first time.