Dominic Grieve and Margaret Beckett, two creepy characters from Tales of the Unexpected: HENRY DEEDES is spooked by duo calling for a People’s Vote on Brexit

Creepiest programme I ever saw. All those peculiar, sinister-looking characters. Just the thought of some of them still spooks me rotten.

I was reminded of the show yesterday while watching Dominic Grieve and Margaret Beckett at a press conference for the so-called People’s Vote. 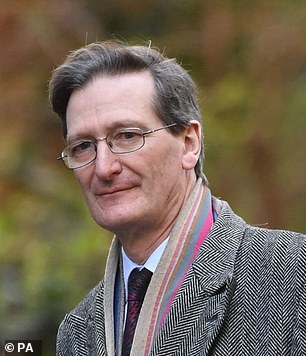 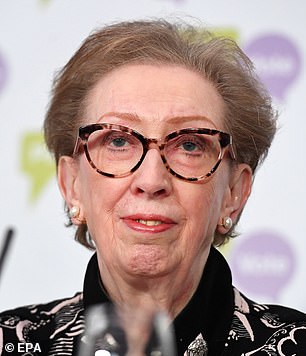 What a pair Dominic Grieve and Margaret Beckett are! Imagine breaking down in the middle of nowhere one night and being greeted by those unnerving faces at the front door of the first house you find

Grieve and Beckett. What a pair! Imagine breaking down in the middle of nowhere one night and being greeted by those unnerving faces at the front door of the first house you find.

The mildly unpalatable duo perhaps aren’t the most ideal vessels to be making the case for another public vote on leaving the EU.

Caravan-loving Dame Margaret has never exactly inspired adoration, even within her own Labour Party.

Nor Tory Mr Grieve who, with that patronising Mr Punch smile and scrupulous tone, has always cut an aloof figure.

Yet here they were, both armed full of scary stories of their own as we gathered early doors in a conference room behind Westminster Abbey. 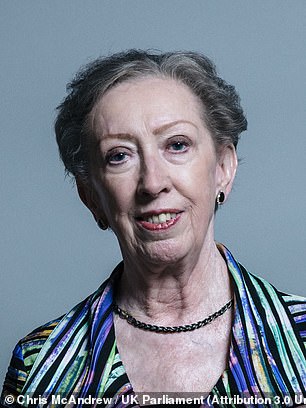 Caravan-loving Dame Margaret has never exactly inspired adoration, even within her own Labour Party

With the prospect of a No Deal Brexit looming, the UK is loitering on a ‘cliff edge’, they assured us. This well-worn cliche was uttered several times during the 40-minute briefing.

It even appeared on the pamphlet we were handed, which was so slipshod it could have been composed on one of those old Amstrad computers long consigned to landfills.

Mr Grieve insists the thickos who voted for Brexit didn’t know what they were letting themselves in for, so we need to try again in order that they can all do the right thing and vote to Remain.

Like many in the legal profession, he’d prefer the populus be kept from as many important decisions as possible.

Later, he let slip he’d prefer his Conservative Party to return to the old ways of choosing its leader: i.e. excluding the membership from the final vote.

Dame Margaret, sporting a pair of Mary Whitehouse-style specs, didn’t seem entirely up for this event.

She arrived barely a few minutes before kick-off and then started her speech from the wrong place.

‘Oh dear, I appear to have lost one of my pages,’ she remarked airily. Easy to forget she was once our foreign secretary.

Mr Grieve certainly had a lot to get off his chest. ‘My party has always stood for the national interest,’ he announced, a remark of such vainglorious pomposity I had to stifle a giggle. 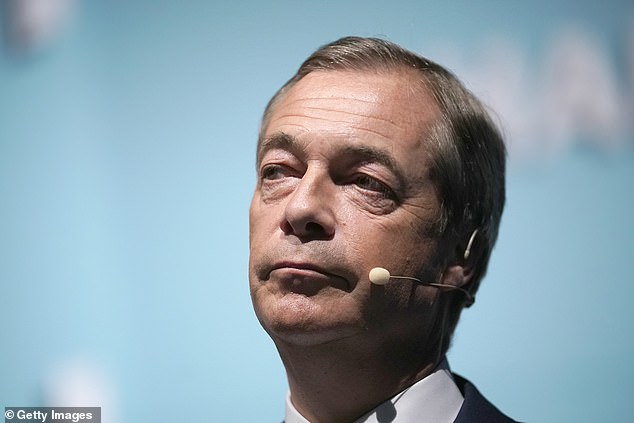 Grieve warned that any kind of alliance with Nigel Farage’s Brexit Party would result in the Conservative Party of ‘Churchill, Macmillan, Thatcher or Major’ becoming unrecognisable

You could see where he was going. The Conservatives are being taken over by a rabble bent on wrecking the country and only decent people such as he can stop them.

He warned that any kind of alliance with Nigel Farage’s Brexit Party would result in the Conservative Party of ‘Churchill, Macmillan, Thatcher or Major’ becoming unrecognisable.

Major? Quite what Sir John ever did to be mentioned in such exalted company wasn’t clear. Presumably Mr Grieve feels he’s sound on Europe.

He WASN’T sure he could even serve as an MP under Prime Minister Boris Johnson. He’d have to ‘consult colleagues’ on the matter.

Nor was he ruling out voting against the Government in a vote of no confidence should it arise. No doubt that’ll go down a storm in his Beaconsfield constituency.

There were a few questions from the audience towards the end, most from members of the public, but Dame Margaret was fidgety and desperate to wrap things up.

‘We’re a little short of time,’ she kept squawking whenever a hand was raised. Oh dear. I hope she wasn’t there under duress.

When it was all over, Mr Grieve ventured to the TV cameras to be interviewed. Dame Margaret, meanwhile, scampered off hurriedly in the opposite direction.