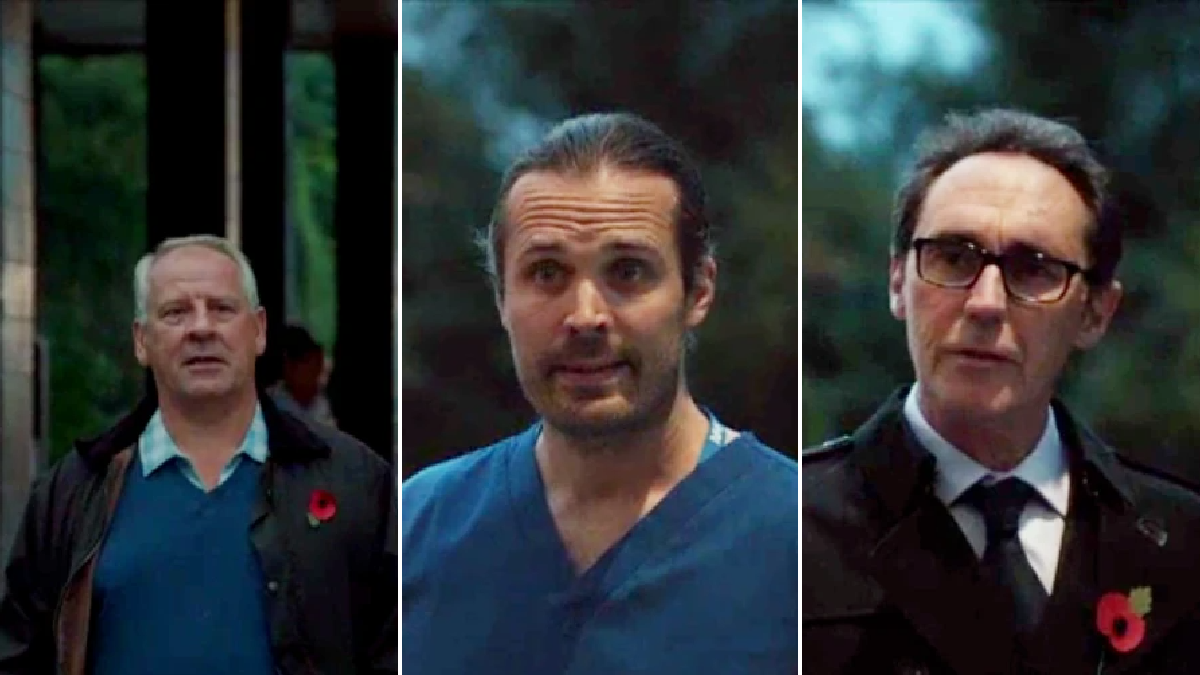 Has Holby City’s Oliver Valentine (James Anderson) previously injured someone he’s been operating on? In tonight’s episode we saw him being reluctant to get back into the operating theatre. When Russ Faber (Simon Slater)’s daughter Billie (Delainey Hayles) was rushed into AAU with a stick embedded in her neck, Ollie was asked to observe while Ange (Dawn Steele) did the procedure, but even being in an operating theatre was making him tense and jumpy, every noise making him flinch.

The fact that he was shot while he was operating on someone would be enough to account for this, but when Ange had to leave Ollie to finish off the surgery on his own a sudden noise made him slip and cause a bleed. Hanssen (Guy Henry) intervened and Billie was eventually fine, but has this sort of thing happened to Ollie before? At the end of the episode he told Russ Faber, ‘Next time someone could get hurt. Again.’ Has he made a previous dangerous mistake?

It seems that Russ may be joining the staff of AAU as Ange has decided she’s not ready to leave the twins, so he’ll be able to keep an eye on Ollie at least.

Climate change was on the agenda for Holby’s wards as Jac (Rosie Marcel) announced an inter-ward competition to produce a poster about it. Nobody was terribly keen, so Jac had to offer an incentive in the form of £500 behind the bar at Albie’s for the winner. She had to leave out the alcoholic element of the prize in the end, because the eventual winner was an 11 year old boy. Sammy Carrington (Oscar Wilkins) was a patient on Darwin.

He had terminal cancer, which was discovered to be progressing to the point where he had perhaps only days or weeks to live. Josh (Trieve Blackwood-Cambridge) has been struggling with the pressures of his work life and domestic life, and having a terminally ill child to look after sent his bulimia spiralling out of control again.

Sammy was an environmental activist who wanted to leave all his money – all £200 of it – to David Attenborough because ‘He’ll know what to do with it.’ Sammy’s mother (Alison Pargeter) tried to shield him from the reality that he was dying (though Sammy already knew, which was why he’d made a will), and this echoed the debate that Josh and Eli (Davood Ghadami) were having over whether to tell Ange about Josh’s eating disorder. Eli has now told Josh that either he seeks help from his GP or Eli will tell Ange himself.

And Max (Jo Martin) and Kylie (Amy Murphy) are friends again after Max blamed the nurse for Lucky’s failed suicide attempt. Max again showed her softer side by being the one to persuade Jac to give Sammy the £500 prize (though it was Josh who organised a video call from Chris Packham for Sammy).

‘You’re only human,’ conceded Kylie. ‘It just took me a while to get that, given your… whole vibe.’

Sue Haasler is the author of five novels and the official BBC Holby City book, which you can read about here.