“I thought, ‘I need to lose five pounds at least.’ And that’s ridiculous. I look like a stick.”

Holly Madison has been very open about the many struggles she went through during her time at the Playboy Mansion with Hugh Hefner — and now, she’s sharing another aspect of that time in her life that made her “miserable.”

In a TikTok video posted this week, the former “Girls Next Door” star and girlfriend to Hef opened up about her battle with body dysmorphia as she shared a photo from a 2005 Las Vegas fashion show introducing the then-latest version of the Playboy Bunny suit. The runway would have been shortly after the Season 1 debut of her E! reality show with Kendra Wilkinson and Bridget Marquardt.

“So for a recent post I was looking for photos of myself in a bunny costume and I came across one and it reminded me of a moment in my life where I was watching a playback of myself in a fashion show and I thought, ‘Oh my god, I need to lose weight,'” she explained, as the photo above was shown behind her.

“I’m sharing this because I think it might help people realize that sometimes our body dysmorphia is off the charts,” she continued. “I really feel like worrying about what I look like has gotten in the way of me living my best life and being as happy as I could be and really enjoying life as much as I could.”

She urged her followers to “take a minute” to think about their relationships with their own bodies and ask themselves, “is it holding you back by feeling bad about yourself?”

“It’s not worth it. It’s not worth feeling bad about yourself,” she continued. “Like, there are things we all want to improve about ourselves, but it’s not even worth taking the time to be miserable.”

Madison concluded the video by recalling feeling “terrified” by her appearance at the time, thinking that she had “gained weight and hadn’t stuck to my diet and thought my thighs were huge.” She added, “I thought, ‘I need to lose five pounds at least.’ And that’s ridiculous. I look like a stick.” 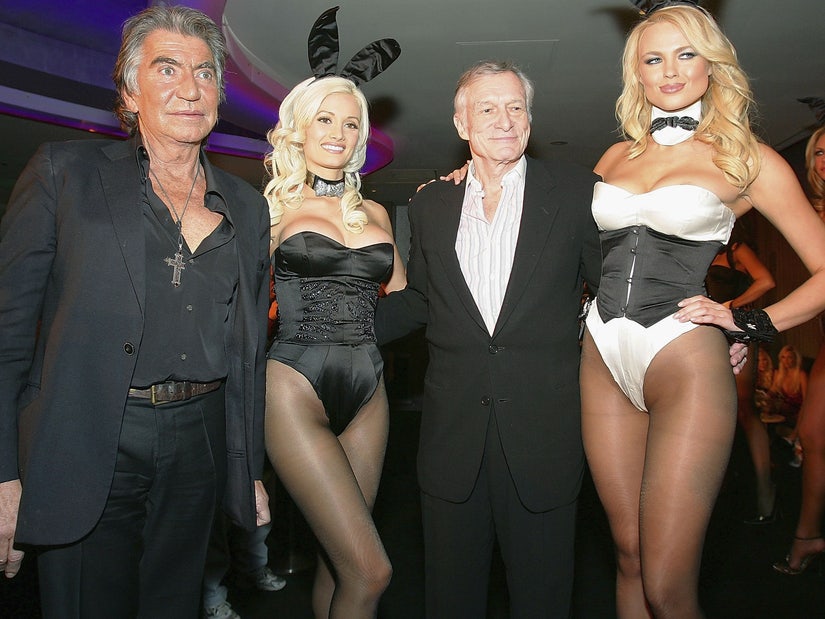 Madison has spoken at length in the past about her time in the mansion and even wrote a book about it. Earlier this year, she also went into detail about all things Hef during an interview on the Call Her Daddy podcast.

During the interview, Madison claimed she felt suicidal at times in the mansion and was given anti-depressants right around the time the show began. As time went on, she said she noticed she started to develop a stammer and her “brain felt slower” the longer she stayed there. “I think it was part of being nervous, partly doubting myself, partly being in this environment where I was always drinking and my mind was never stimulated,” she explained, “I was kind of always in fear of getting sabotaged by other women, getting kicked out, him yelling at me or embarrassing me in front of other people.”

Madison also said she didn’t really have any regrets about her behavior on “Girls Next Door,” because she sees certain things as coping mechanisms now.

“When I look back at Girls Next Door, especially the first few seasons, I see myself just coping. I was really stiff and not open and just like a robot and saying the type of things I felt Hef would want me to say and things that made him look good,” she explained. “I can’t really don’t regret that because I don’t know how else I would have coped. Now, I’m more myself and more open. I couldn’t have said what I was really saying or feeling, it would have been cut. I was super guarded and super nervous about putting my private life out into the public.”

Hefner died at the age of 91 in 2019, but did speak out against a number of Madison’s claims in her tell-all book in 2015. “Over the course of my life I’ve had more than my fair share of romantic relationships with wonderful women,” he told Us Magazine at the time. “Many moved on to live happy, healthy, and productive lives, and I’m pleased to say remain dear friends today. Sadly, there are a few who have chosen to rewrite history in an attempt to stay in the spotlight. I guess, as the old saying goes: You can’t win ’em all!”

See more from the bombshell interview below:

Holly Madison Details Sex with Hugh Hefner, How He 'Lashed Out' at Her & Tension at the Mansion