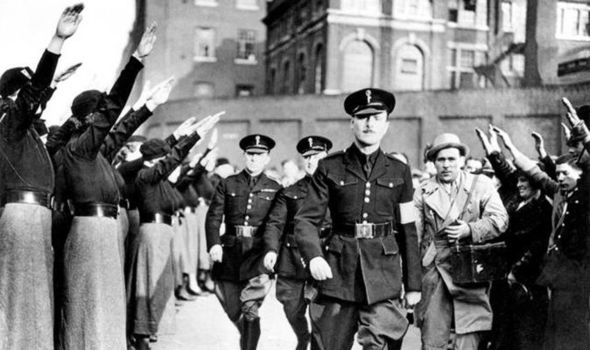 While Adolf Hitler was gaining allies, Britain – whose troops had evacuated mainland Europe a week earlier at Dunkirk – was running out of them: across the Channel the French were on the verge of surrender in the face of an unstoppable German advance. But at the front of Jones’s mind was the conversation he’d just finished with a mysterious man from the military. Could the bank release one of its staff immediately for special war work?

Lt Col Allen Harker had been vague about both the work and what he called simply “my organisation”, but when Jones consulted his superiors there was no question of refusing.

In the country’s hour of need, the Westminster Bank would not be found wanting. In Jones’s view, the man the government wanted was no great loss to the bank. Eric Roberts had been a clerk there for 15 years.

But it wasn’t just Roberts’s career that was unremarkable.

He had married a fellow bank clerk and they lived with their two young sons in a semi-detached house in the London suburb of Epsom.

But Harker had been clear that it was Roberts they wanted. Jones began to dictate a letter, confirming the clerk would be made available immediately.

Although he knew that in wartime one was not supposed to ask questions, he could not help adding a line: “What we would like to know here is, what are the particular and especial qualifications of Mr Roberts, which we have not been able to perceive, for some particular work of national importance?” 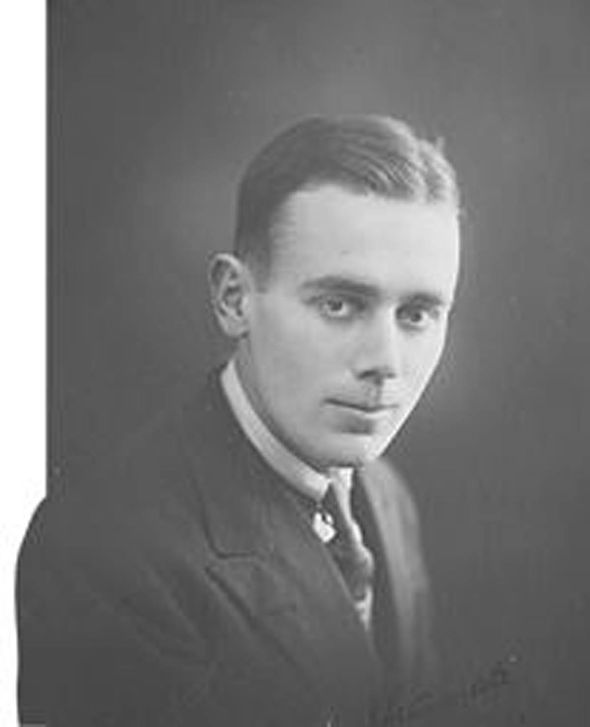 He would never know why his former clerk was so vital to the war effort. It was not until the release of Top Secret MI5 files in 2014 that the true story of Eric Roberts – AKA “Agent Jack” – would emerge.

Roberts grew up in Penzance on the edge of Britain and moved to its centre at the first chance he got.

Having come of age in the first great era of the spy novel, the young Eric devoured these tales of stolen secrets and police agents hunting revolutionaries.

He began to fantasise about whether he, too, could become such a spy.

Though he won a scholarship at 16 to the local school of mining, Roberts was already dreaming of life beyond Cornwall. At the age of 17, he set out for London in search of adventure.

What he found, in early 1925, was a job as a clerk at the Westminster Bank, working in the Threadneedle Street branch in the City.

The work was hardly exciting but it paid £95 a year, and there were diversions: Roberts’s supervisor Audrey Sprague, seven years his senior, took a shine to her charming new trainee.

Possibly in search of further adventure, he joined a far-Right organisation called the British Fascisti (BF).

In later life, he concealed this from his family, so his motives at the time are unclear. A desire to resist communism must have been part of the appeal.

Soon after, having been recruited by spymaster Maxwell Knight – reputedly the model for “M” in Ian Fleming’s James Bond novels – he was spying on the communists.

His first report showed immediate promise. The Soviet deputy foreign minister was addressing a meeting at a school in north London.

It was strictly for Communist Party members only, but Roberts managed to gatecrash it. Spying must have appealed to Roberts: the challenge of talking his way into a place where he didn’t belong, the thrill of being the person in the room with a secret.

By 1926, he was carrying out regular surveillance work on the communists.

After a decade of service, he had been allowed to ask the directors of the Westminster Bank for permission, which they graciously granted.

The security services had been reluctant to examine fascism too closely. Fascists were the sworn enemy of communism, and communism was the threat that most worried Britain’s ruling class.

But after a rally of Oswald Mosley’s British Union of Fascists turned ugly, with Blackshirts viciously beating hecklers in front of horrified MPs and clergymen, Maxwell Knight, now formally working for MI5, proposed a new mission: penetrate the fascists. 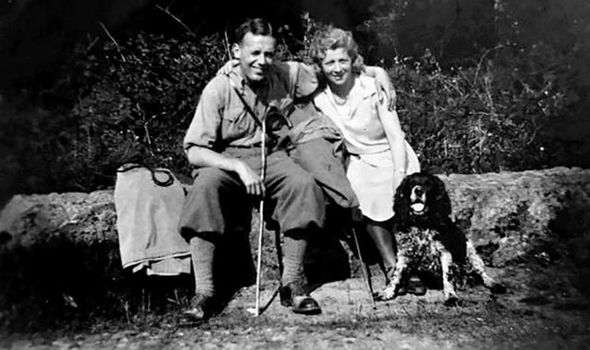 The BUF headquarters were on the King’s Road in Chelsea, in a former teacher training college named Whitelands House. The locals had renamed it “Black House” in honour of its new occupants, and the threatening name suited the building.

It felt more like a fortress than a political HQ. There were sentries posted regularly around its quarter of a mile of corridors, on the lookout for intruders and infiltrators.

His instructions were clear: “Nothing is too small to report” and “You have to be very patient in this game”. For the next five years, Roberts worked his way steadily up through the BUF at considerable personal risk.

Kind-hearted, fond of a joke and a drink, he couldn’t have been further from the image of the guarded, furtive spy.

But his keenly observed, occasionally waspish reports revealed his true opinions. “Capt. Hick struck me as a most unpleasant piece of work,” he wrote of one senior fascist.

Roberts hadn’t just found purpose in his work for MI5, he’d found friends, too. In particular, he got to know Jimmy Dickson – codename M/3.

A couple of years older than Roberts, Dickson was a civil servant who wrote thrillers, chased women and spied.

He and Roberts enjoyed letting off steam together. They’d break into pubs after closing time to help themselves to a final drink.

Their plan if interrupted by a policeman was to tip a glass of Scotch over Roberts’s head, then for Dickson to apologise and say he was trying to rescue his inebriated friend and get him safely home.

After becoming PM in April 1940, one of Winston Churchill’s first acts was to outlaw the BUF and lock up its leaders.The press welcomed the move. 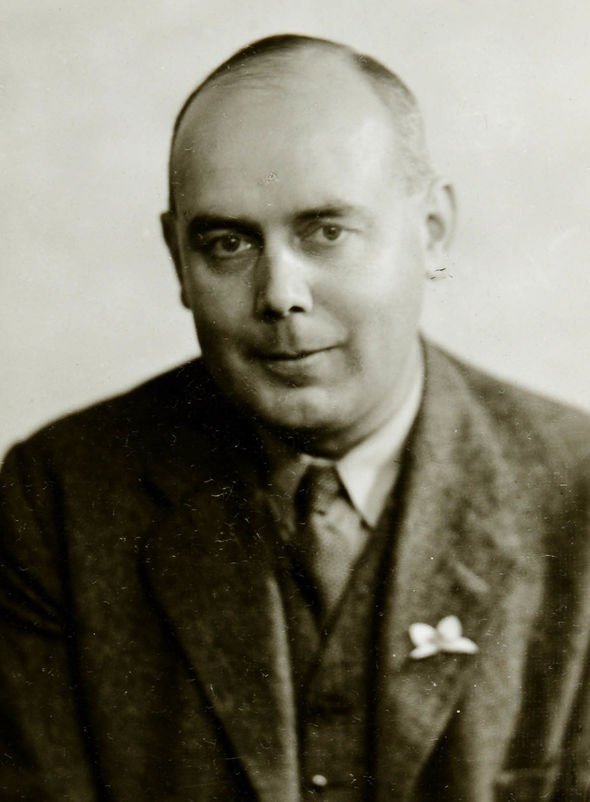 “Britain’s pocket Fuhrer is hauled in,” the Daily Express trumpeted. But the war brought new opportunity for Roberts.

MI5 needed recruits and it was time for him to go official. For the next five years, Roberts would lead the most extraordinary life, posing as a Gestapo officer called “Jack King”, complete with paperwork that identified him as a member of the “Einsatzgruppe London”.

Roberts travelled all over Britain, befriending and then supposedly recruiting fascists and pro-Germans to the Nazi cause.

To avoid accusations of being an agent provocateur, Roberts did his best to stop recruits from committing any crimes. But they were impetuous and difficult to control.

On one occasion, Roberts was forced to participate in the attempted firebombing of a warehouse. His orders had been to infiltrate a far-Right group in Leeds run by Reg Windsor, 27, a newsagent and tobacconist.

Smoking cigarette after cigarette, he took the role of a senior BU man, now operating underground since the arrests of his colleagues.

He played the part with humour and gentleness, coaxing his target to trust him. But under the affable exterior, Roberts was assessing his target.

Windsor was “violently anti-Semitic”, he noted, and “talked a great deal about sabotage and arson”. But was he a serious threat?

Just as Roberts was wondering if the man was merely a fantasist, Windsor revealed that he and his friend had set fire to a Jewish shop three weeks earlier. They had hoped it would guide the Luftwaffe’s bombers into Leeds. 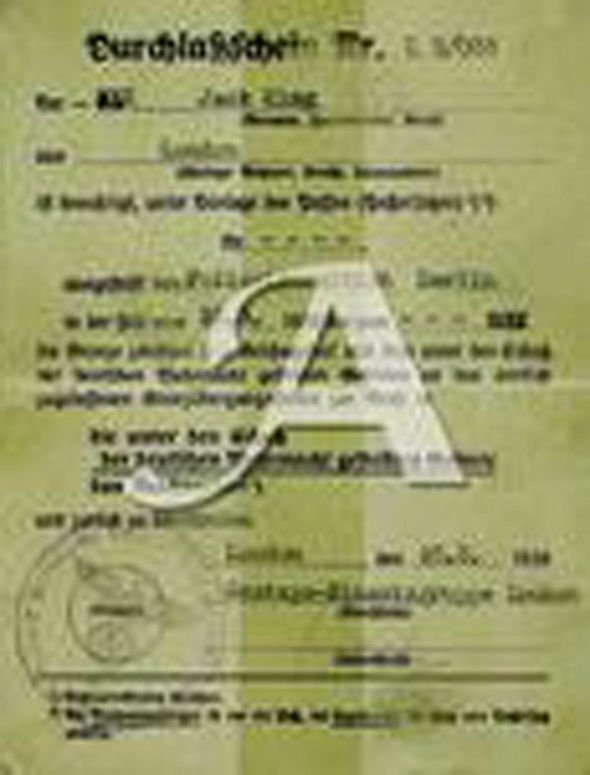 Now, weeks later, Roberts was being forced to take part in another arson attack, on a plumbing warehouse. He had alerted the police, who would be lying in wait to arrest the saboteurs, Windsor and his friend Michael Gannon.

Having arrived at the warehouse, and found it locked, Gannon produced a saw and went to work on the lock. This was the moment for the police to pounce. Roberts pulled out his torch on the pretext of helping Gannon see. No policemen came.

By now Roberts was worried: the police were supposed to be catching Windsor and Gannon in the act. And, just as importantly, stopping them from starting a fire. Roberts might be a fake, but Gannon’s firebomb was real.

Fortunately, Gannon was struggling with the lock. Despairing of his saw, he pulled his firebomb from his pocket, lit the fuse, and shoved it through the letter-box.

He and Windsor walked away as calmly as they could manage. Roberts made off in the other direction, still expecting the police to pounce.

But there were no footsteps, no shouts. A confused and frustrated Roberts walked round the warehouse only to find the police lying in wait on the other side, patiently watching a different door.

The trap had failed – but thankfully, so did the firebomb.