Happy Thanksgiving from the stars.

Some of the biggest names in Hollywood took to social media on Thursday to give fans a glimpse inside their holiday celebrations with loved ones.

From the Macy’s Thanksgiving Day Parade to lavish at-home spreads, take a look at how celebrities are spending turkey day in 2022. 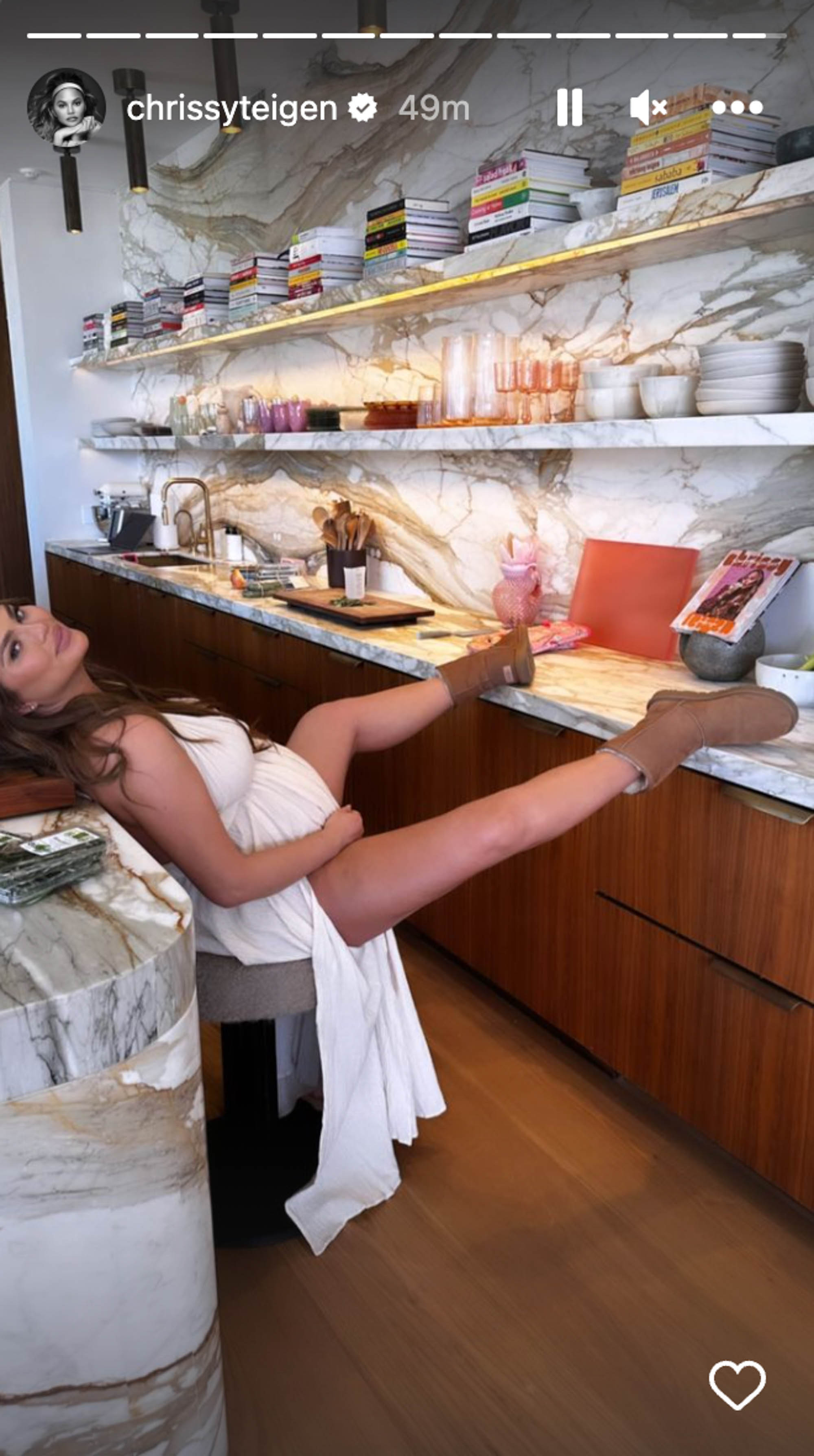 The pregnant “Cravings” cookbook author documented her full Thanksgiving meal prep via Instagram Stories this week, with the process beginning one day prior.

She gave fans a peek at the deviled eggs, cranberry sauce and pumpkin pie desserts she was making for her husband, John Legend, and their two kids, Luna and Miles. 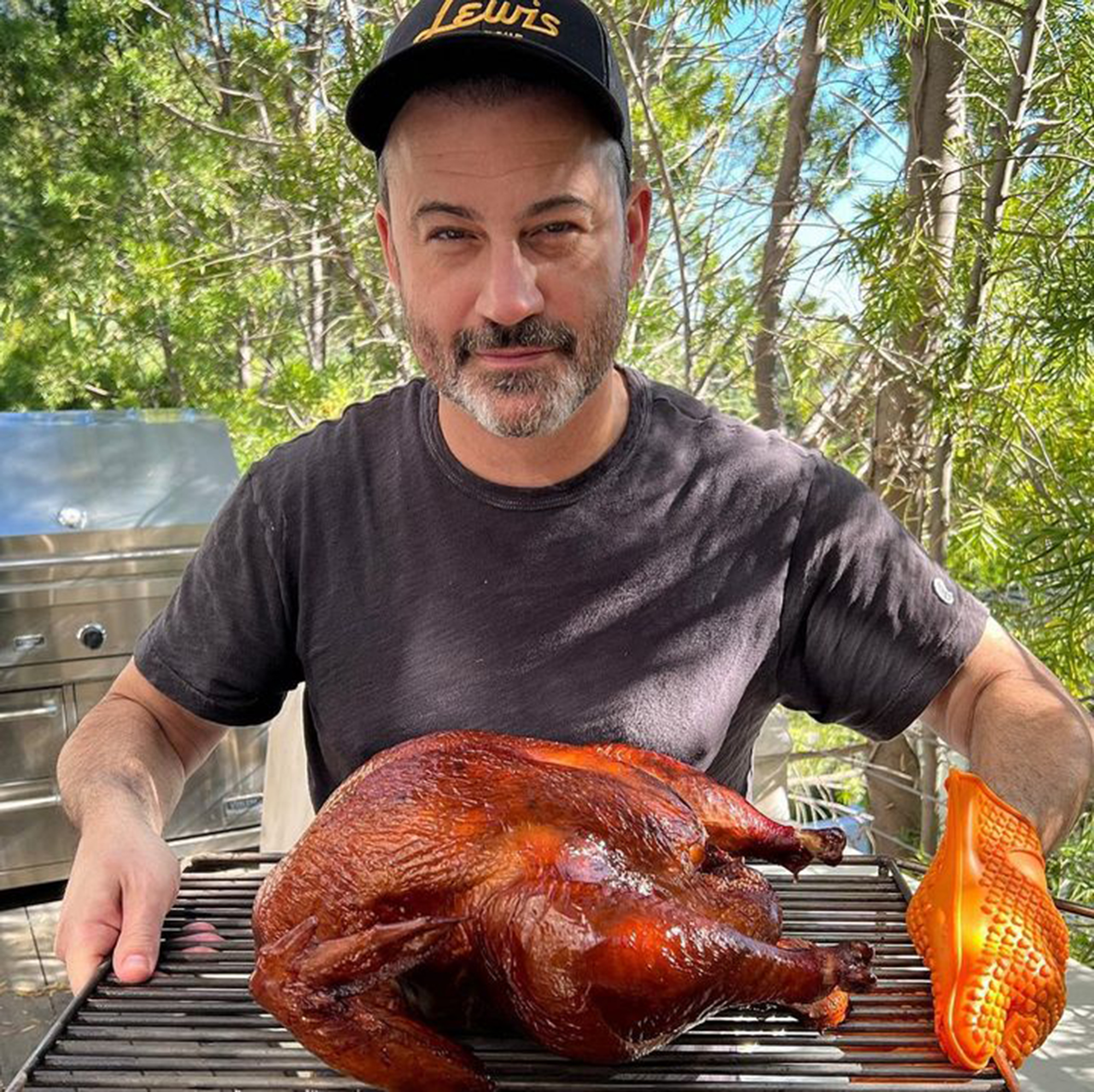 The TV personality shared a photo of himself holding a turkey on Wednesday, while encouraging fans to help the less fortunate.

“Help @StJosephCtr bring food to families in need this Thanksgiving,” he wrote. “No amount is too small – [my wife] Molly and I will match $50k! Link to donate in bio.” 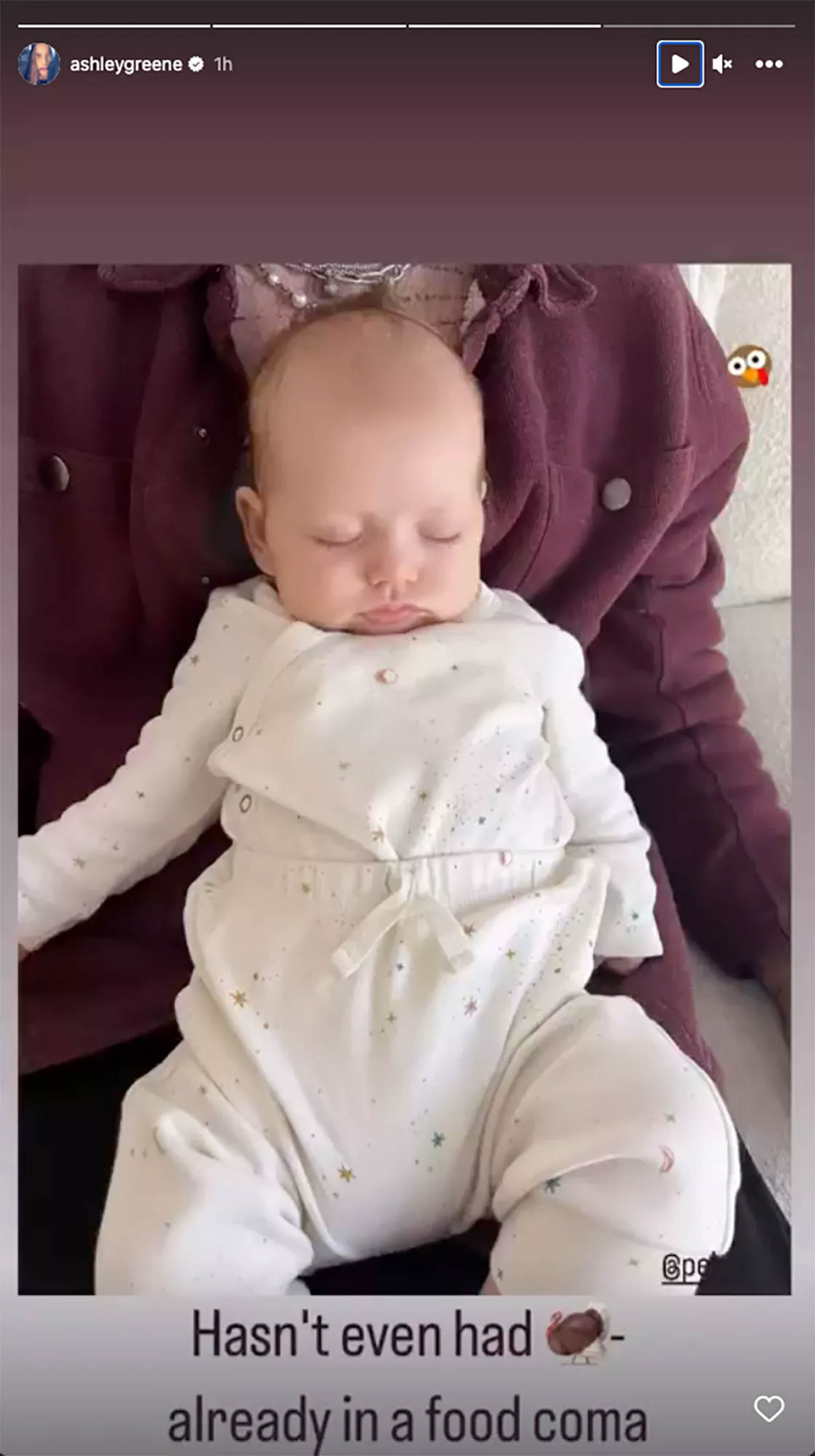 The actress, who welcomed daughter Kingsley Rainn with husband Paul Khoury in September, shared an adorable snap of her mini-me in a white onesie.

“Hasn’t even had 🦃 – already in a food coma,” she captioned the sweet pic. 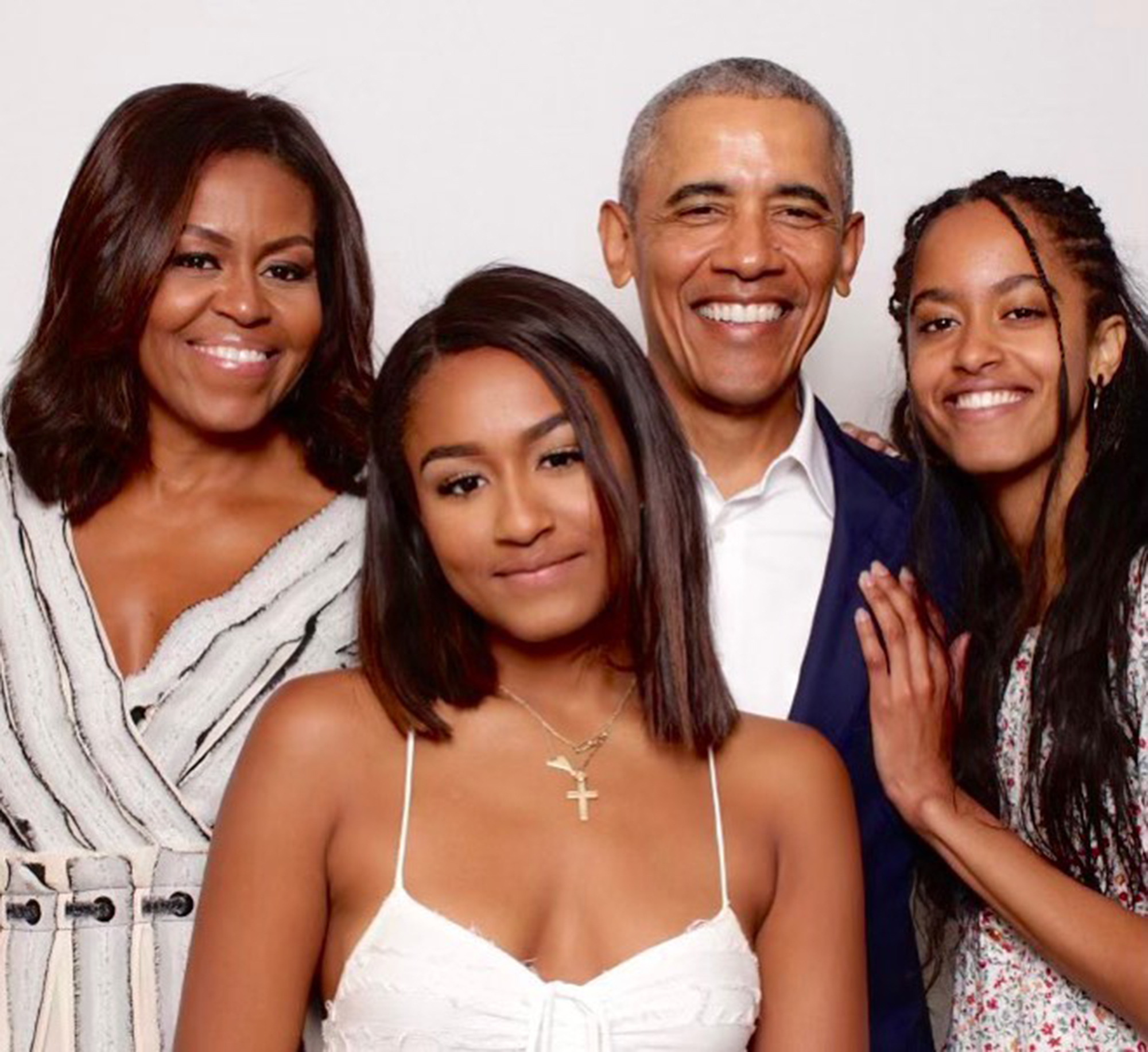 “I hope everyone has a wonderful day filled with love, gratitude, and a whole lot of great food,” the former First Lady wrote. “From our family to yours, have a happy Thanksgiving!”

Barack added via his Instagram Stories, “As we celebrate, let’s give thanks for all the blessings in our lives and give back when we can. We’re also thinking of the brave men and women serving our country far from their homes.” 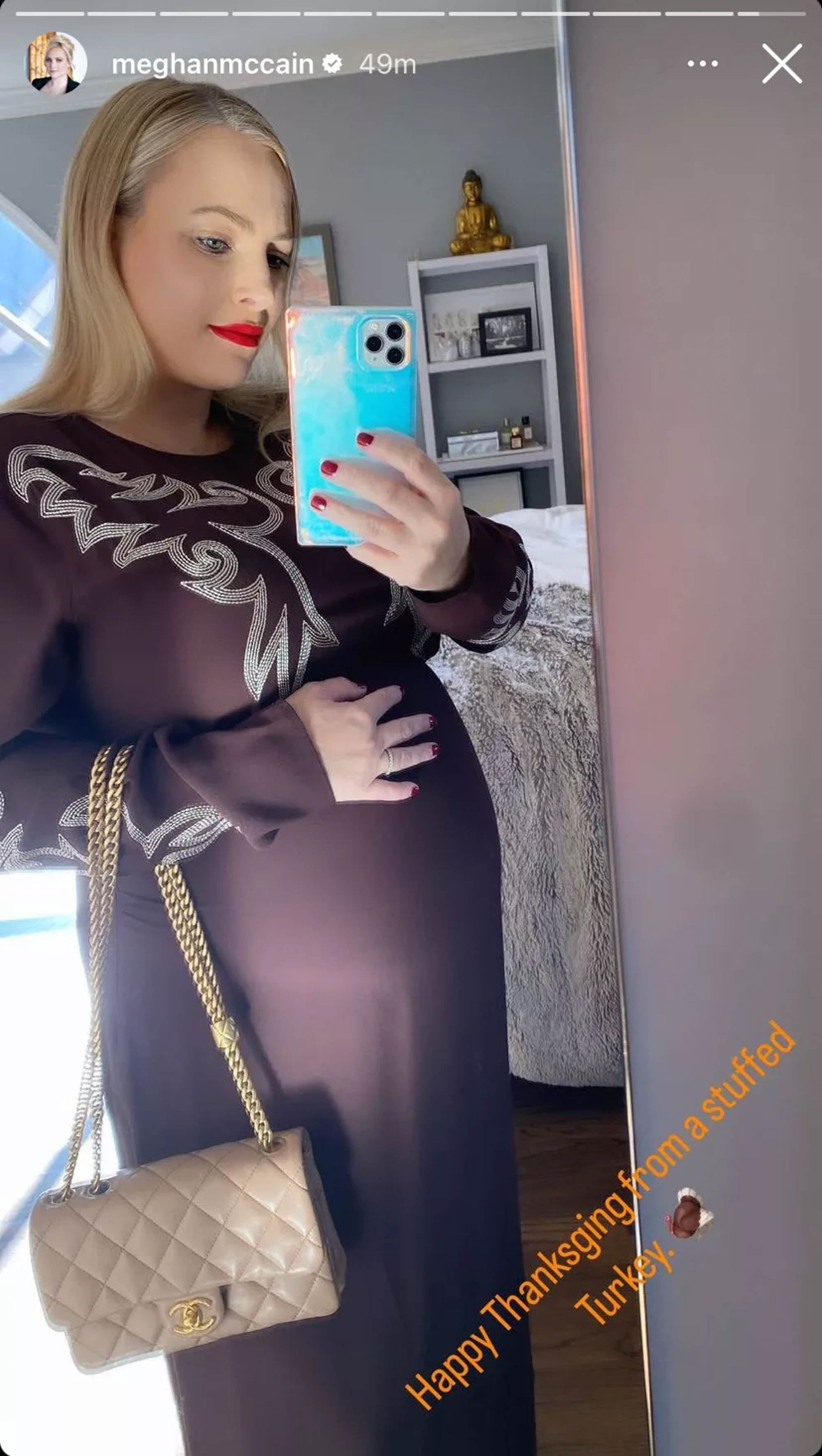 The TV personality – who is expecting her second child with husband Ben Domenech –jokingly called herself “a stuffed turkey” in a snap shared via her Instagram Stories.

The daughter of late politician John McCain also took to Twitter to send well wishes to her followers. 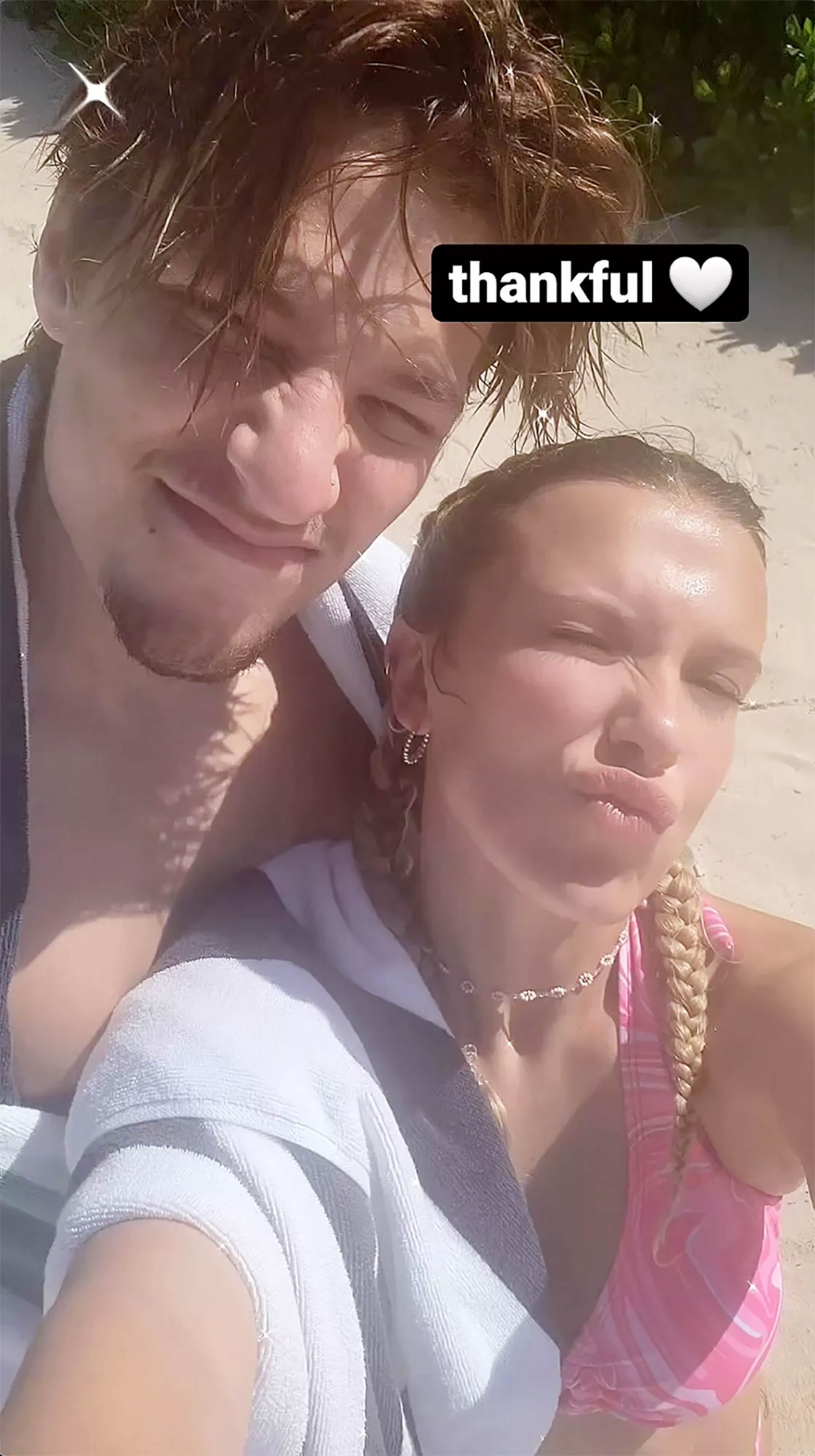 The “Stranger Things” star told fans she was “thankful” for a lot in 2022.

“Thankful for many ppl, things, and animals,” she captioned a series of pics, in which she rocked a pink bikini while posing with boyfriend Jake Bongiovi. 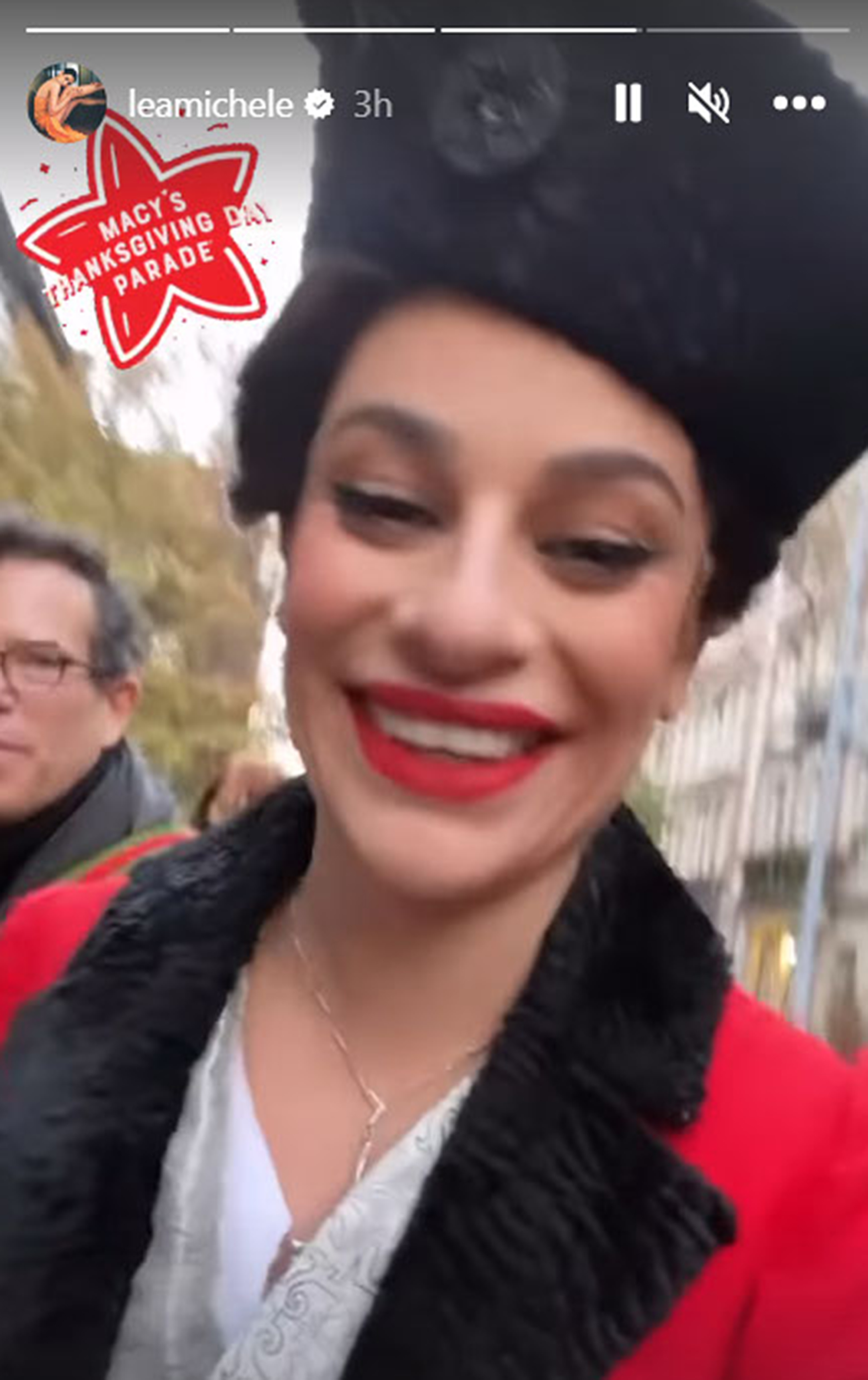 The “Glee” alum opened the Macy’s Thanksgiving Day Parade with her rendition of “Don’t Rain On My Parade.” 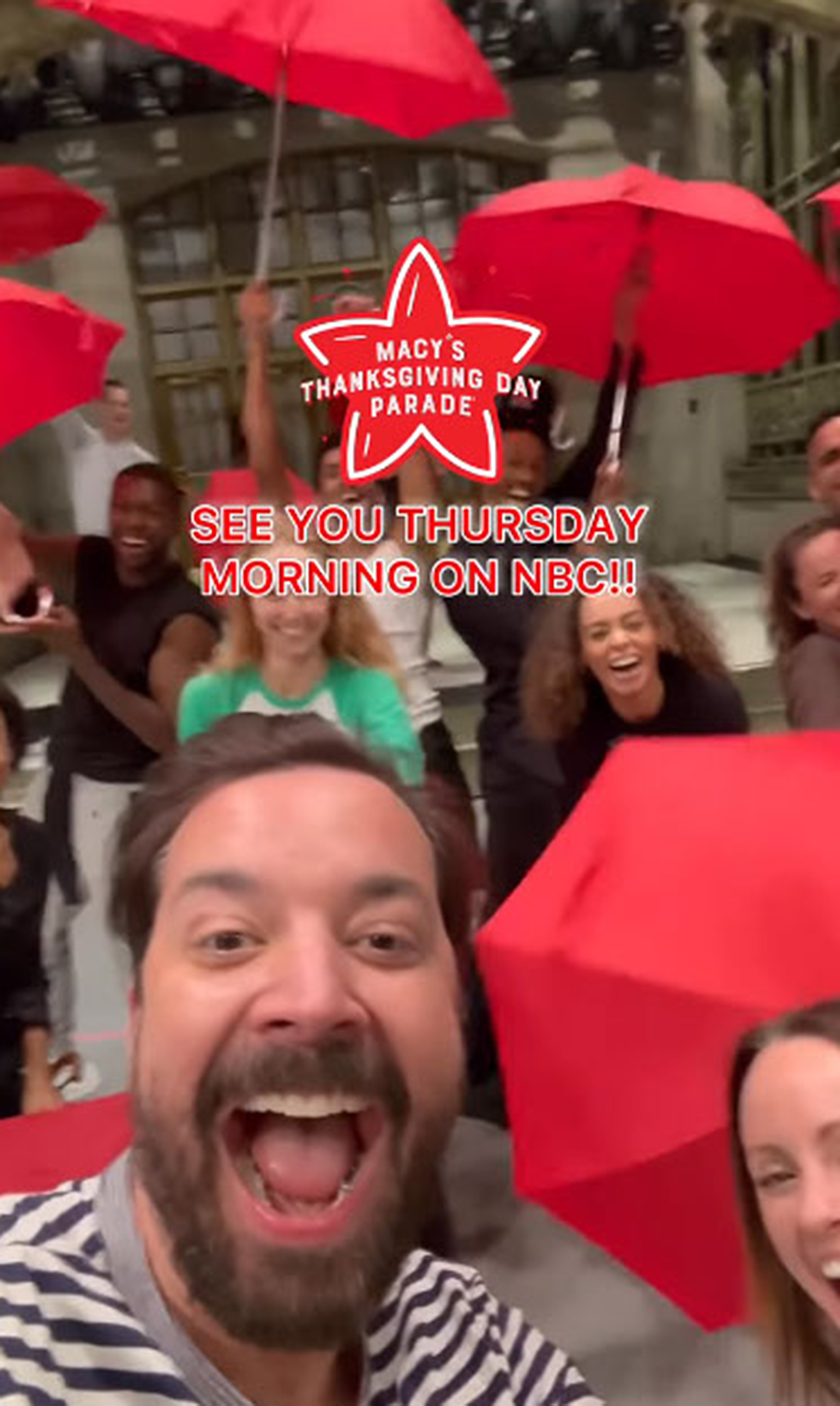 The “Late Night with Jimmy Fallon” host also was part of the annual televised parade in New York City.

He was featured a few times throughout the parade, and posed for several social media snaps with a series of performers. 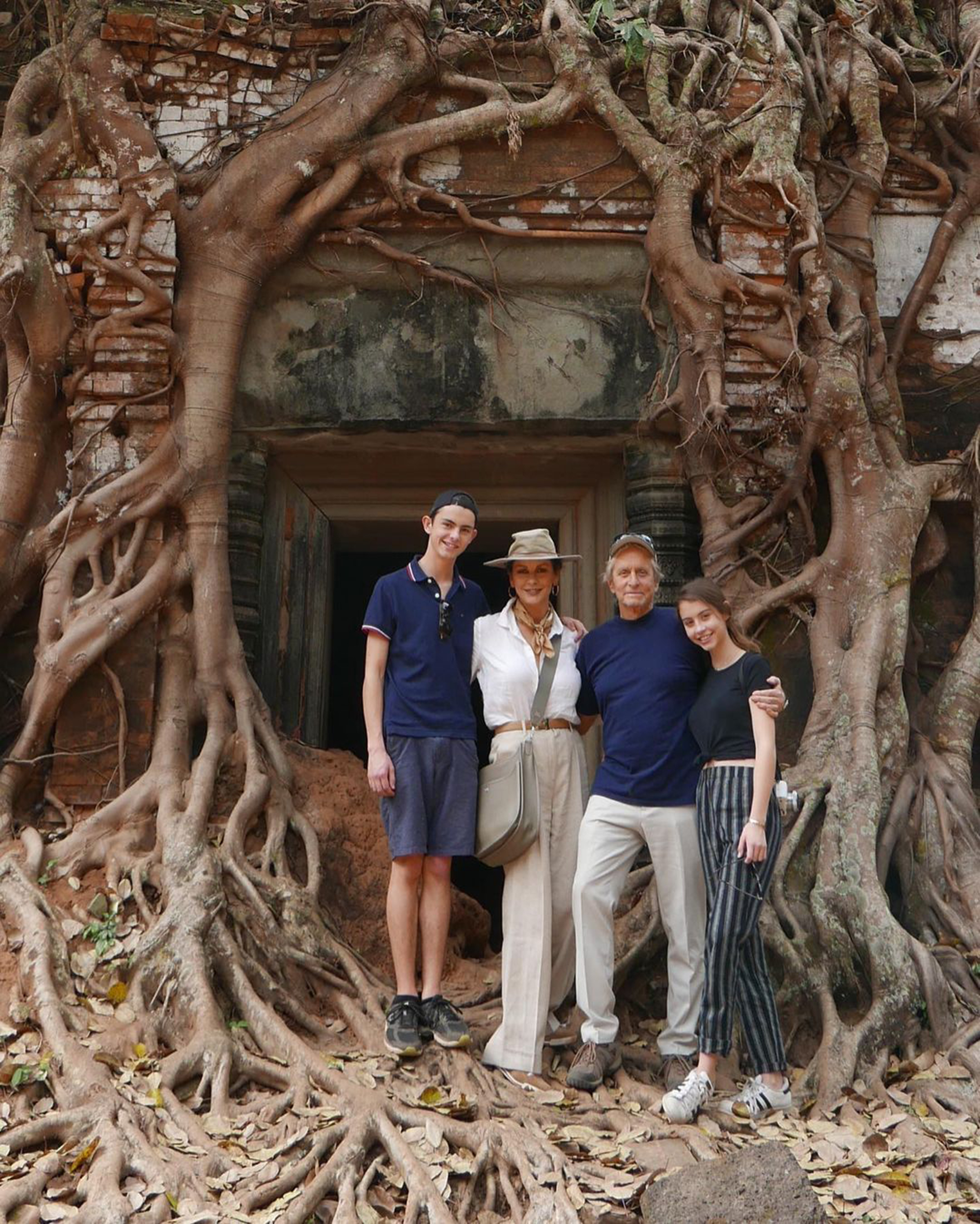 The “Chicago” star spent the holiday with family, including husband Michael Douglas and kids Dylan and Carys Douglas.

”Happy Thanksgiving to Americans near and far,” the actress wrote via Instagram.

“With work commitments this year, we are not in turkey mode but in serious thankful mode for the blessings of health, happiness, and family. Love to you all.” 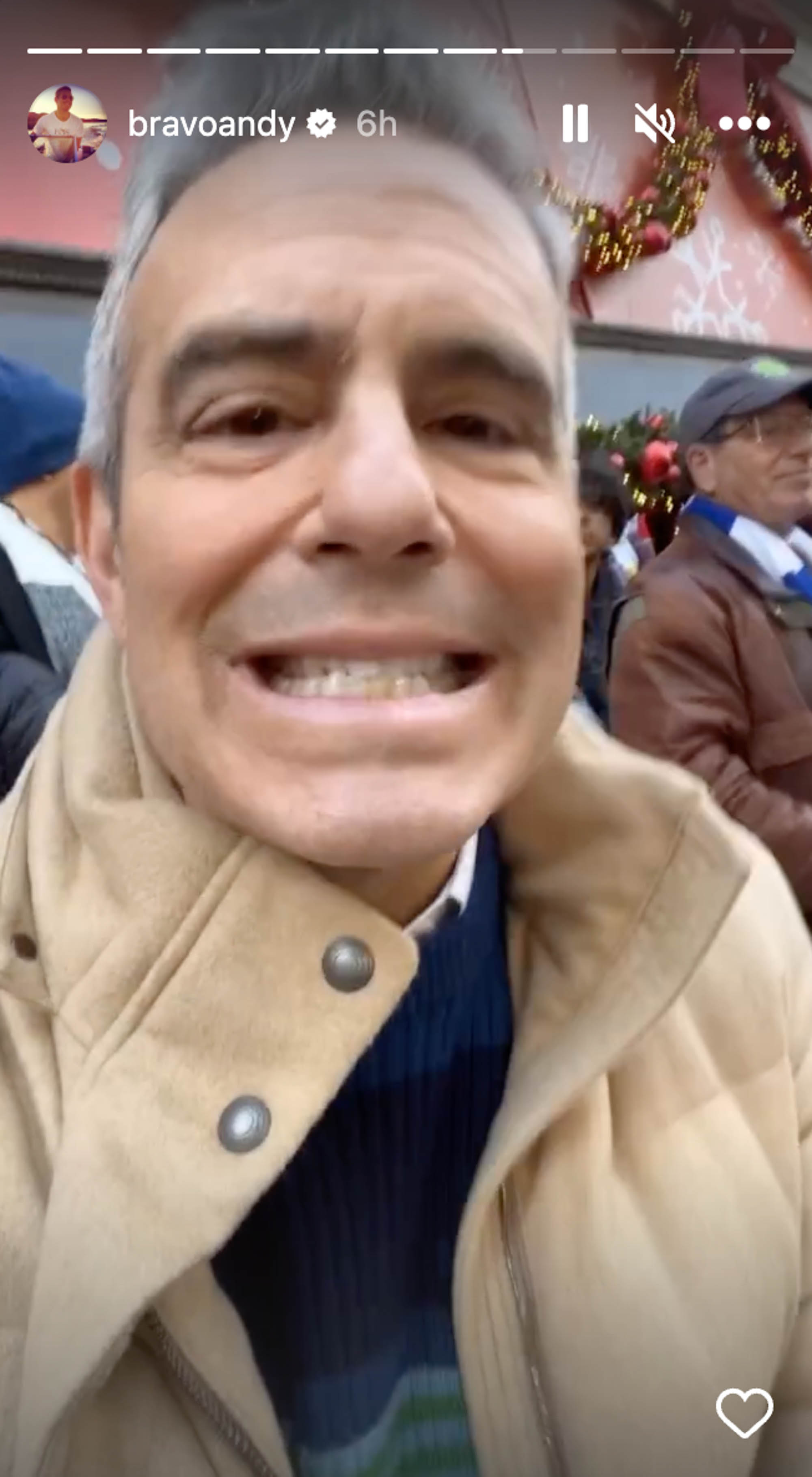 The Bravo executive producer was visibly excited to watch the Macy’s Thanksgiving Day parade in Herald Square with friends.

“I’m legeitimatley freaking out,” he said in an Instagram Story. “This is non stop.”

Meanwhile, Al Rocker watched the parade at home with family after having to miss out on the festivities for the first time in 27 years.

“Alright, this is my version of the Thanksgiving Day Parade,” he said in a video shared to Instagram. “Getting ready to leave the hospital. Time to blow this taco stand. Woohoo!”